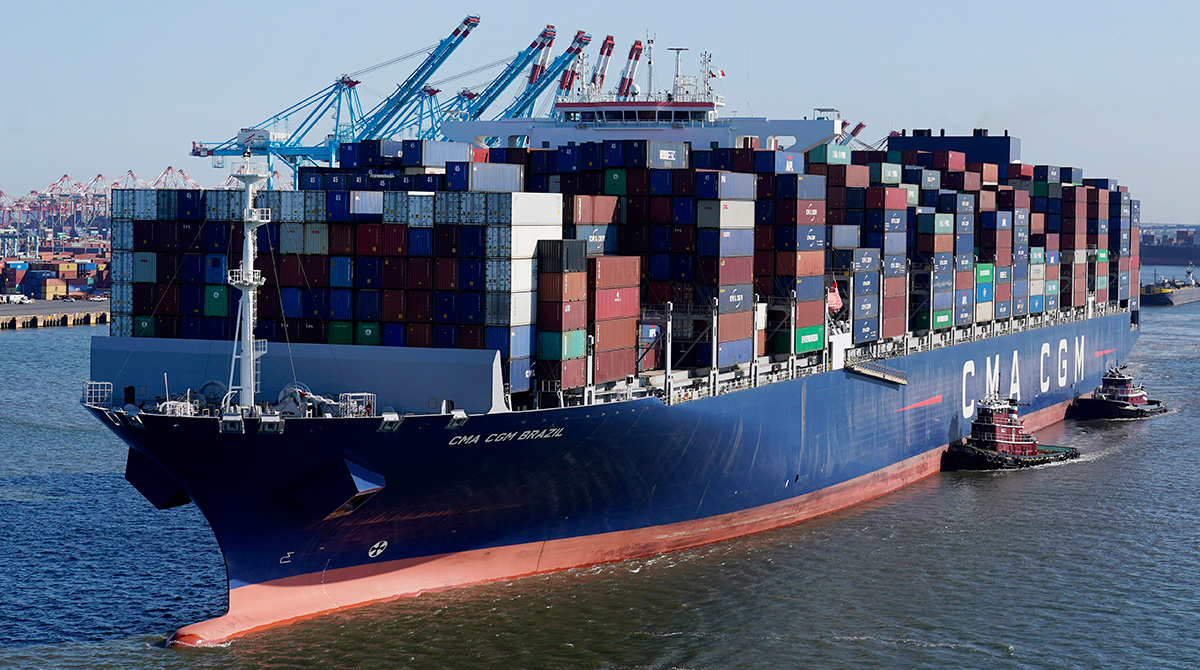 A containership at the Port of New York and New Jersey. (Seth Wenig/AP)

BERLIN — A major maritime industry association on Sept. 7 backed plans for a global surcharge on carbon emissions from shipping to help fund the sector’s shift toward climate-friendly fuels.

The International Chamber of Shipping said it’s proposing to the United Nations that all vessels trading globally above a certain size should pay a set amount per metric ton of carbon dioxide they emit.

Environmental groups welcomed the proposal to the International Maritime Organization, a U.N. body, but cautioned that it doesn’t specify what carbon price would be supported by the group, which represents commercial shipowners and operators covering more than 80% of the world merchant fleet.

“We will know they are serious about real progress when they embrace a level of ambition consistent with what climate-vulnerable island nations have already proposed,” said Aoife O’Leary, director of global transportation at the Environmental Defense Fund.

The shipping industry is estimated to account for nearly 3% of the greenhouse gas emissions that are driving global warming and projected to rise significantly in the coming decades.

The Marshall Islands and the Solomon Islands, two nations with large shipping fleets whose territories are severely threatened by climate change, have suggested a carbon levy starting at $100 per ton.

“This proposal sets out how to practically create a market-based measure for the global shipping industry, in order to quickly move toward an effective price,” said Guy Platten, the secretary-general of the International Chamber of Shipping. “Rather than make guesses for PR purposes, we want to come to a number that will decarbonize the sector without disenfranchising huge proportions of the developing world on the way.”

The group said it opposed piecemeal regional measures, such as those proposed by the European Union, and called for the money generated from the levy to go into a climate fund that would subsidize clean alternatives such as hydrogen until they become competitive with conventional fuels.