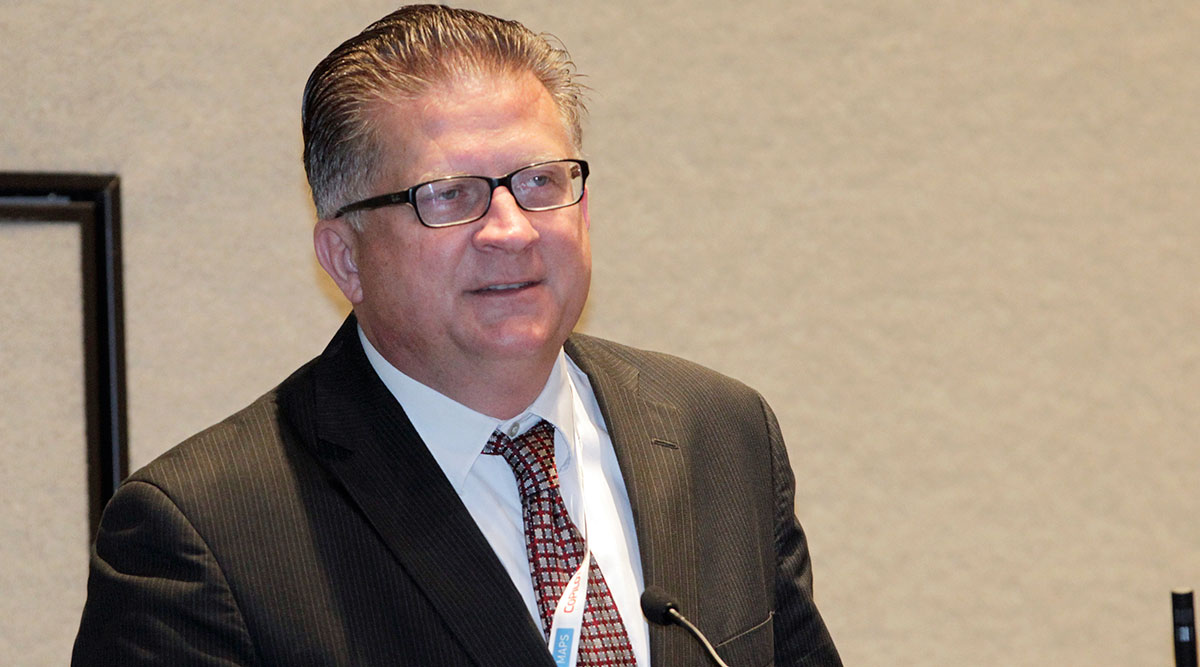 ORLANDO, Fla. — The Trump administration’s plan to boost funding for freight corridors and modernize outdated infrastructure would benefit the commercial transportation sector, a senior official with American Trucking Associations said during a seminar at the group’s annual conference Oct. 22.

“ATA is certainly excited about the prospect of finally being able to address the infrastructure funding shortfall. We certainly have enormous problems in this country just on basic payments of the highway system, let alone dealing with some of the congestion projects,” said Darrin Roth, ATA’s director of highway operations, at the Management Conference & Exhibition.

As the administration finalizes a $1 trillion funding plan for commercial and passenger transportation systems, the trucking industry as represented by ATA is asking for quick action on highway upgrades that would alleviate congestion. More than $63 billion in operational costs to the industry in 2015 were caused by congestion, the American Transportation Research Institute found.

While the selling or leasing of public entities, or asset recycling, remains viable, Trump has downplayed his enthusiasm for P3s.

“The president recently has suggested that he’s not a big fan of public-private partnerships, so who knows where that goes. But then the question is what do you replace that with. How do you get to that trillion dollars,” Roth added. ATA is among the stakeholders advocating for an increase in the federal fuel tax.

“The president now thinks the private sector is ready to jump in, and ready to be invested in infrastructure. And the answer is yes, they will be, but only under certain terms and conditions,” Peters said.

Trump’s $1 trillion, 10-year funding proposal detailed in the president’s fiscal 2018 budget request would require $200 billion in federal spending as a way to incentivize private sector investments. Neither the White House nor Republican leaders in Congress advocates an increase in fuel taxes. The federal tax on diesel is 24.4 cents per gallon. The tax on gas is 18.4 cents per gallon. Both have remained unchanged since 1993.