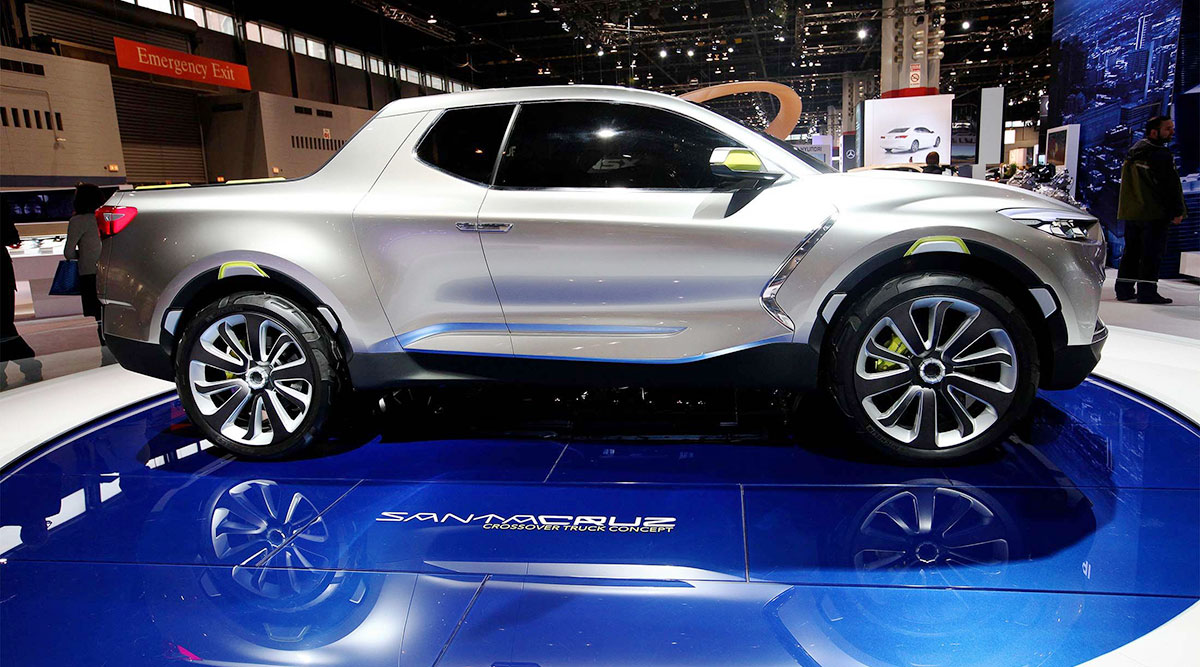 Hyundai Motor Co. expects to enter the U.S. pickup market soon with what likely is to be an American-made vehicle aimed at luring buyers who aren’t traditional truck owners, an executive said July 8.

“It’ll be a very versatile vehicle,” said Michael O’Brien, vice president of product, corporate and digital planning for Hyundai’s U.S. unit. “That has the promise of creating a whole new class of buyers.”

The South Korean automaker won’t say when it will roll out a pickup or provide details on its specifications. But Hyundai first provided clues of what it will look like 4½ years ago, when it debuted a truck concept called Santa Cruz at the Detroit auto show. The snug five-seater was a crossover-type vehicle featuring a 2-liter turbo diesel engine and a tailgate with a sliding extension. The model will target city-dwelling millennials who can’t fit full-size pickups in tighter parking spots.

Hyundai would need to manufacture the truck in North America to avoid the 25% tariff on imported trucks. O’Brien strongly suggested the company will opt to produce the new pickup in the United States — where the majority of the vehicles will be sold — to avoid political controversy.

“It would have to be made in North America,” he said, while noting that automakers that have chosen to produce new vehicles in Mexico have drawn the wrath of President Donald Trump.

Hyundai already produces the Elantra and Sonata sedans and the Santa Fe crossover at its factory in Montgomery, Ala., which has the capacity to make about 400,000 vehicles a year. Kia Motors Corp., an affiliate, assembles the Telluride, Sorento and Optima models at a factory in West Point, Ga., and manufactures 340,000 vehicles a year.