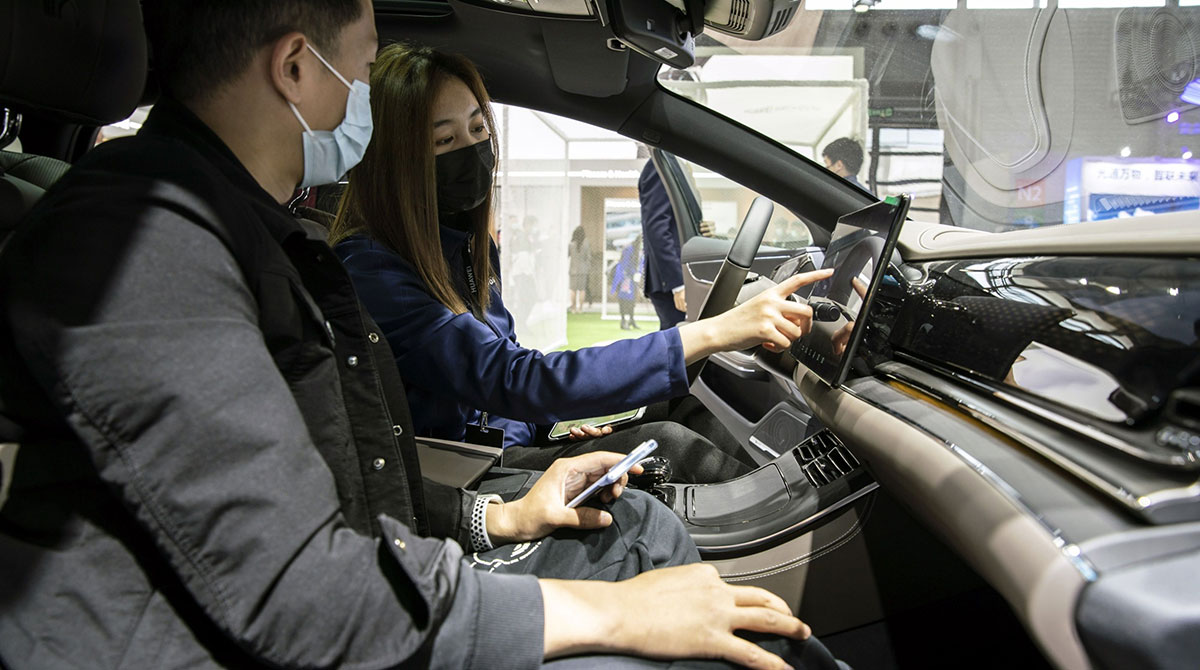 Huawei’s autonomous-driving technology already has surpassed Tesla’s in some spheres, for instance by allowing cars to cruise for more than 621 miles without human intervention, rotating Chairman Eric Xu told analysts in Shenzhen on April 12.

The Chinese telecom giant will partner with three automakers initially to make self-driving cars that carry the Huawei name as a sub-brand, said Xu, one of three executives who take turns to fill the post. It will keep its circle of partners small and get its logo onto cars — not unlike how Intel Corp. calls attention to its microprocessors on PCs — that adopt its autonomous driving technology, he added. The mobile giant so far has agreed to team with BAIC Group, Chongqing Changan Automobile Co. and Guangzhou Automobile Group Co.

“The smart car business unit receives one of the heaviest investments from Huawei. We will invest more than $1 billion in car component development this year,” Xu said. “China adds 30 million cars each year, and the number is growing. Even if we don’t tap the market outside of China, if we can earn an average 10,000 yuan from each car sold in China, that’s already a very big business for Huawei.”

Huawei is emerging from its toughest year on record, when Trump-administration sanctions smothered its once leading smartphone business and stymied advances into chipmaking and fifth-generation networking. The Biden White House has shown few signs of letting up, prompting billionaire founder Ren Zhengfei to direct Huawei toward new growth areas such as smart agriculture, health care and electric cars. It hopes for a seat at the table with tech giants vying to define the rapidly evolving fields of connected vehicles, homes and workplaces.

Huawei aims to join tech giants from Apple Inc. to Xiaomi in targeting the vehicle industry, betting future cars will grow increasingly green, autonomous and connected. EV sales in China may climb more than 50% this year alone as consumers embrace cleaner automobiles and costs tumble, research firm Canalys estimates. Huawei’s info and entertainment features already can be found in Mercedes-Benz sedans, and the firm has teamed with domestic players such as BAIC BluePark New Energy Technology Co. to develop smart car systems. The first model under its partnership with the Chinese EV maker, the Arcfox αS HBT, will be unveiled at Auto Shanghai in April.

“I don’t know if they were bragging, but my team said they can have cars driving on their own without human intervention for 1,000 kilometers. That’s way better than Tesla,” Xu said April 12.

But Huawei’s piling into an already crowded arena, in which an array of automakers from Tesla to local upstarts Nio Inc. and Xpeng Inc. are battling for a slice of the world’s biggest EV market. Xiaomi — better known for its affordable gadgets and home appliances from rice cookers to robo-vacuums — unveiled plans last month to invest about $10 billion over the next decade on manufacturing electric cars. Search giant Baidu Inc. and Geely Automobile Holdings Ltd. also are said to be teaming to build vehicles.