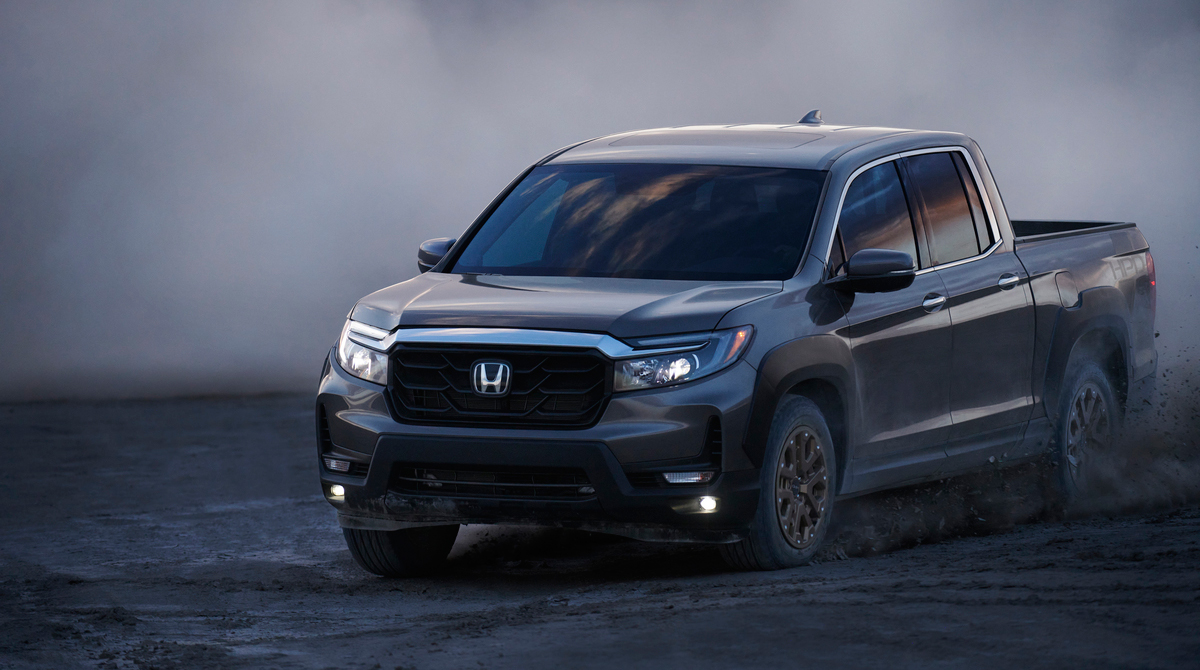 Honda Motor Co. plans to revamp three key midsized vehicles — two sport utilities and a pickup — by giving them beefier looks. It also will play up their off-road capabilities in marketing to appeal to more-traditional truck buyers. The first to showcase a rough-and-tumble demeanor is the Ridgeline: A midcycle face-lift gives it a larger grille, bulging hood and twin exhaust pipes.

Honda’s sales skew sedan-heavy, and it has long stressed the sedanlike characteristics of its SUVs and pickups: smooth rides, aerodynamic shapes and middle-of-the-road styling. But that’s no longer a strong selling point. Buyers have shifted toward light trucks, which Honda expects will account for only 53% of its deliveries this year compared with 76% for the industry. Makeovers of the Passport and Pilot SUVs, along with the refreshed Ridgeline, are designed to win Honda a larger share of the expanding light-truck pie, even as demand for passenger cars continues to shrink.

“We are not on trend with the rest of the industry,” Jay Joseph, head of marketing at Honda’s U.S. sales subsidiary, told reporters in an online briefing. “We need to do a better job of telling the story of how tough and rugged our vehicles are.”

Introducing the 2021 #HondaRidgeline – boldly redesigned for all of your adventures. pic.twitter.com/JRFsqQ85oo

The Ridgeline is Honda’s first and only foray into trucks, and the vehicle has had a bumpy reception since its debut 15 years ago. Unlike most other pickups, the Ridgeline uses a so-called unibody chassis like those found in sedans. That gives it a less bumpy ride but also less towing power and off-road flexibility than some rival trucks with body-on-frame underpinnings.

The first-generation Ridgeline initially sold well, but its quirky looks failed to catch on. Honda tried again in 2016 with a redesigned truck featuring sedanlike touches such as a sloped roof and car-like grille. But sales have never retouched previous highs.

“We’re optimistic — 50,000 Ridgeline models next year is something we can do,” Honda’s Joseph said, which would be the first time it has hit that level since 2006.

Honda says it remains committed to sedans and doesn’t have aspirations to compete alongside trucks built expressly for off-road driving. But it does want to fight the notion the Ridgeline is something less than a real pickup, noting the model’s 5,000-pound towing capacity on optional all-wheel-drive versions, dual-action tailgate and scratch-resistant truck bed.

To close what Honda calls a “perception gap” about its truck and SUVs, the automaker will retool advertisements to showcase more of the ruggedness of its larger vehicles. It’s even changing its marquee two-tone and high-pitched “door bell” chime in television ads and videos to a deeper baritone version played by a guitar and drum.

“We want to wear rugged on our sleeves a little better,” Joseph said.