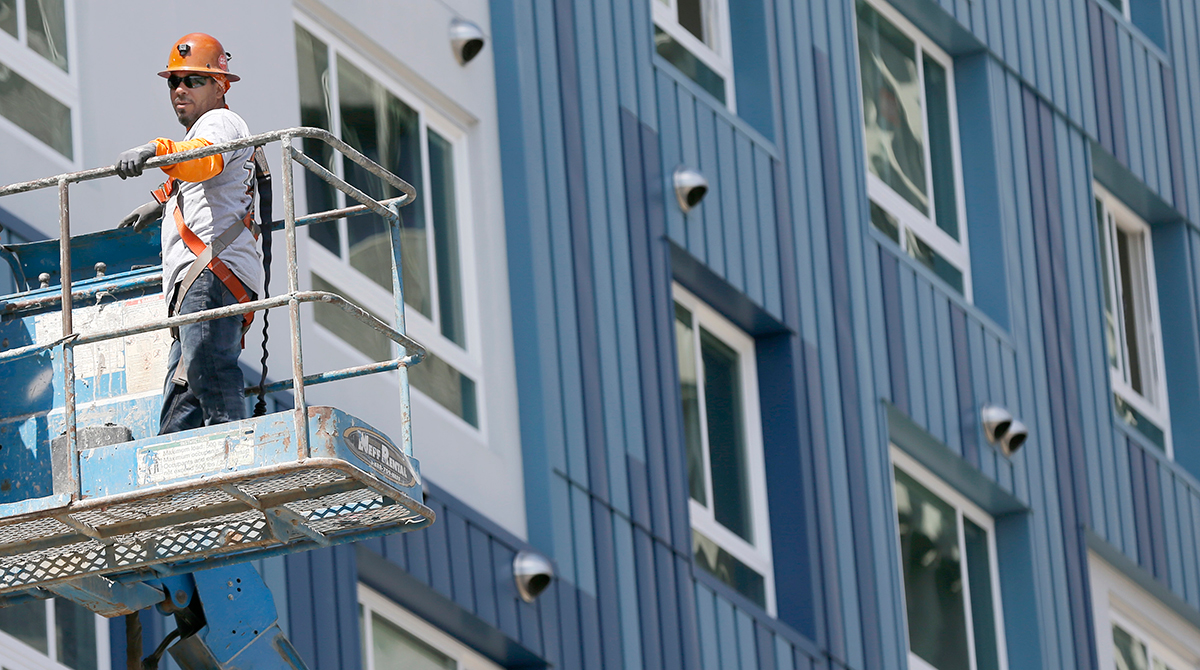 Sentiment among American homebuilders deteriorated to an eight-month low in July on concerns about higher material costs, according to July 18 data from the National Association of Home Builders/Wells Fargo.

• Measure of six-month sales outlook dropped to a five-month low of 73 from 75.

• Index of current sales fell to 70, the weakest since November, from 72.

Builders are faced with a tough choice when dealing with higher materials costs such as lumber — either raise prices on homes or absorb the added expense. While they see demand remaining strong, an acceleration in prices on new homes risks putting some properties out of reach. Stable sales and construction mean housing will probably do little to add to economic growth.

“Our members are telling us they are growing increasingly concerned over rising material prices, particularly lumber,” NAHB Chairman Granger MacDonald, a home builder and developer from Kerrville, Texas, said in a statement. “This is hurting housing affordability even as consumer interest in the new-home market remains strong.”

• Gauge of prospective-buyer traffic fell to 48, lowest since February, from 49.

• Confidence decreased in two of four regions, led by a 5-point drop in the South to the lowest in a year.