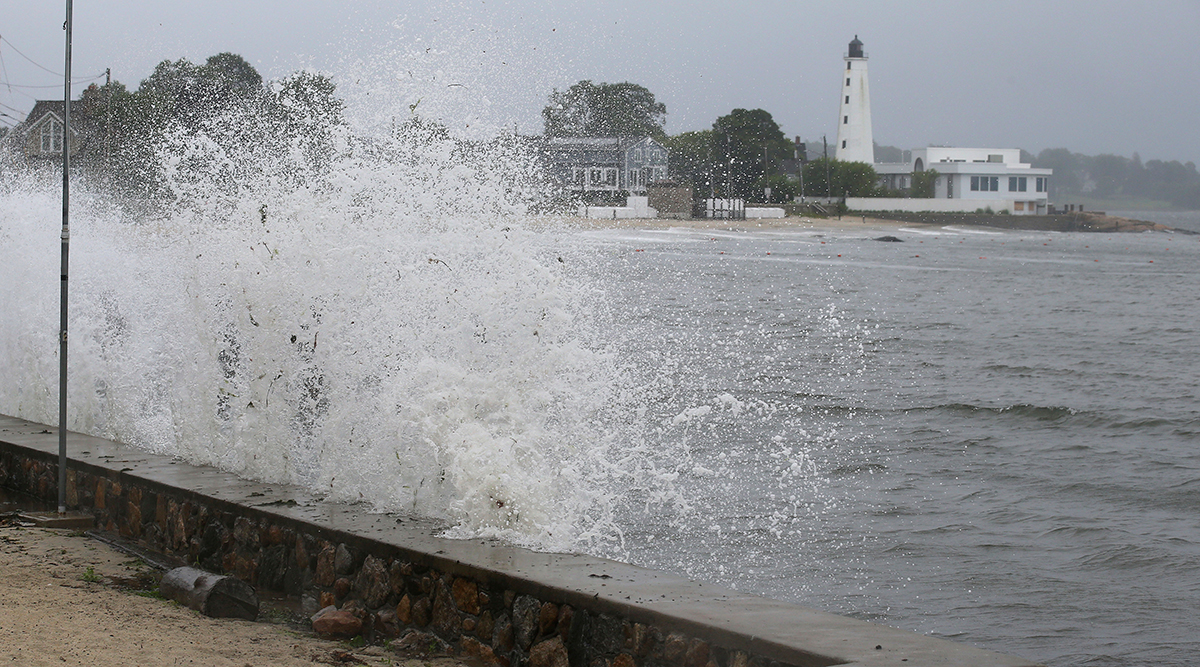 WESTERLY, R.I. — Tropical Storm Henri hit the coast of Rhode Island Aug. 22, packing high winds that knocked out power to tens of thousands of homes and bands of rain that led to flash flooding from New Jersey to Massachusetts.

The storm was downgraded from a hurricane to a tropical storm, but still packed wind gusts of up to 70 mph. There were few early reports of major damage due to wind or surf, but officials warned of the danger of spot flooding in inland areas over the next few days.

Millions on New York’s Long Island and in southern New England braced for the possibility of flooding, toppled trees and extended power outages. Residents up and down the coast hoped to be spared the storm’s wrath but prepared for the worst.

Driving surf and sheets of rain scoured the beach towns of southern Rhode Island as the storm approached, leaving some coastal roads nearly impassable. Some small trees had already fallen to the winds and rain, which had swollen local inlets and creeks.

While the wind was significant in certain areas, experts warned that the storm’s biggest threat likely will come from storm surge and inland flooding, caused by what are expected to be heavy and sustained rains. Some of the highest rain totals were expected inland.

New York Gov. Andrew Cuomo said that with the threat to Long Island diminishing, the state’s primary concern were inland areas like the Hudson River Valley, north of New York City, which was projected to get inches of rain over the next few days.

Rainfall in the Catskills “is a significant problem,” Cuomo said. “In the Hudson Valley you have hills, you have creeks, the water comes running down those hills and turns a creek into a ravaging river. I have seen small towns in these mountainous areas devastated by rain. That is still a very real possibility.”

In preparation for the storm, officials in Providence, R.I., and New Bedford, Mass., closed giant hurricane barriers that were built in the 1960s, after devastating storms in 1938 and 1954.

Massachusetts’ Steamship Authority canceled all Aug. 22 ferry service between the mainland and the popular vacation islands of Martha’s Vineyard and Nantucket after the U.S. Coast Guard shut down ports on Cape Cod and New Bedford. Tourists waiting in their cars, hoping for a last-minute ferry off the islands, were stranded until the worst of Henri passes. 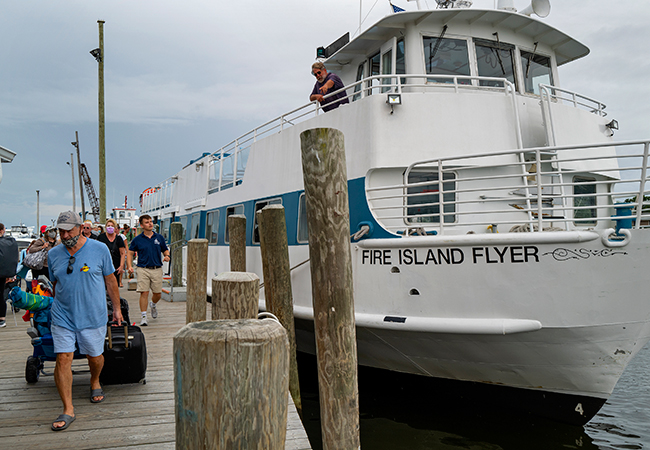 People disembark from a ferry in Bay Shore, N.Y., as it arrived from Fire Island. (Craig Ruttle/Associated Press)

The first thunderstorms bringing what could be up to half a foot of rain arrived late Aug. 21, and flash flooding began in some areas overnight. Bands of heavy rain overwhelmed storm drains and drivers plowed through foot-deep water in a few spots in New York City, and Newark and Hoboken, N.J.

Major airports in the region remained open as the storm approached, though hundreds of Aug. 22 flights were canceled. Service on some branches of New York City’s commuter rail system was suspended through Aug. 22, as was Amtrak service between New York and Boston.

New York hasn’t had a direct hit from a powerful cyclone since Superstorm Sandy wreaked havoc in 2012. Some of the most important repairs from that storm have been completed, but many projects designed to protect against future storms remain unfinished.