Company Curtails Use of Brokers, Intermodal and Contract Carriage 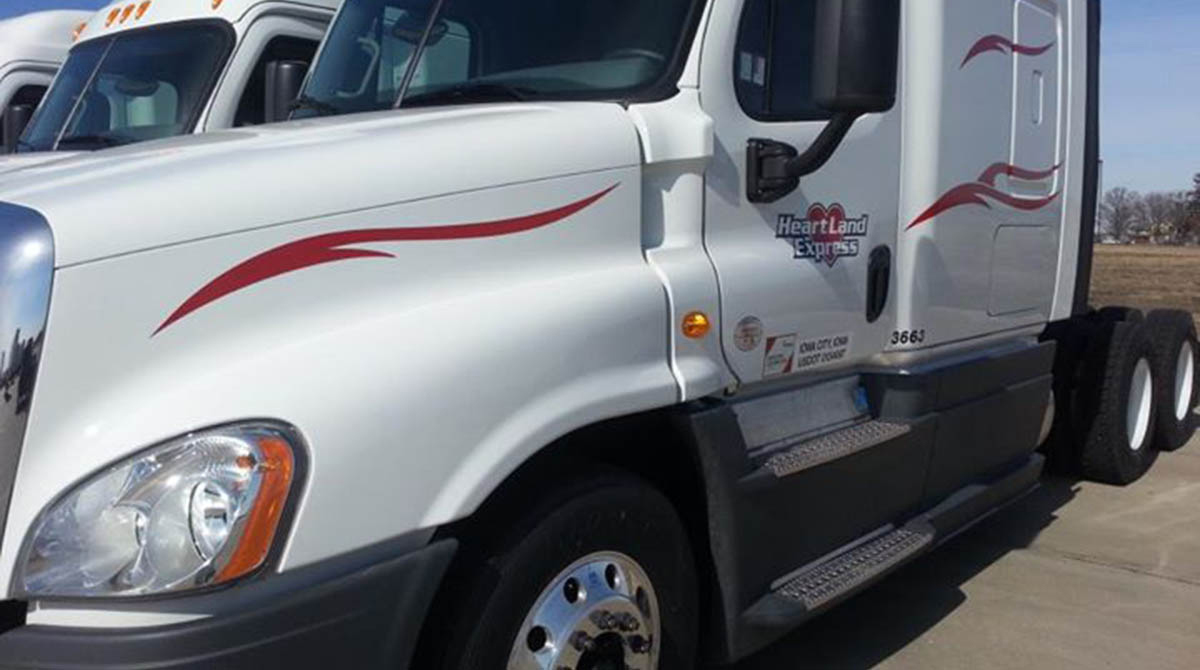 Heartland Express reported weaker financial results for the fourth quarter and for the year 2017 as revenue fell well short of analysts’ expectations and profits were dragged down by the acquisition of Interstate Distributor Co. in July. The company also paid out more to attract and retain drivers.

The company, which historically has been among the most profitable of any publicly traded freight carrier, posted net income of $38.6 million, or 46 cents a share, in the fourth quarter, although $32.8 million, or 39 cents a share, was due to a one-time tax benefit related to the Tax Cuts and Jobs Act. Excluding the tax charge, Heartland earned only $10 million in the fourth quarter compared to $21.1 million in the same period a year earlier.

Revenue grew 18.3% to $165.7 million in the fourth quarter of 2017, reflecting the addition of Interstate Distributor but falling short of Wall Street revenue estimates of $185.6 million.

The operating ratio is calculated by dividing total expenses by revenue and prior to 2017, Heartland Express routinely posted operating ratios in the low- to mid-80s. In 2011, the company reported an industry-leading 79.8% operating ratio.

Heartland CEO Michael Gerdin said the company’s results “reflect the challenging effects ... related to the acquisition of Interstate Distributor Co. on July 6, 2017, and subsequent decisions made in relation to their legacy operations.”

You can’t get to an 85 operating ratio in two quarters. We have to right size the fleet. We have to work on the expense side.

The company also introduced a new consolidated pay package in October that boosted driver pay across the board by about 5%.

In remarks at the Stifel Transportation & Logistics Conference in Florida, Gerdin defended the acquisition of IDC, which was unprofitable, and said it will take some more time to restore the company’s traditional level of profitability.

“You can’t get to an 85 operating ratio in two quarters,” Gerdin said. “We have to right size the fleet. We have to work on the expense side.”

Among the changes made was to buy out operating leases on some of IDC’s revenue equipment.

“We also made the decision to end services which are not our core areas of focus as an organization, such as brokerage, intermodal and contract carriers and eliminated the overuse of brokers and third-party logistics customers, which were a notable component of IDC revenue,” Gerdin said in a statement made with the release of the earnings report on Feb. 12.

“These items together created a headwind of lower revenue and lower profit during the quarter, but we believe this will provide for improved cost structure and overall operating improvements in the near future,” he added.

At the investor meeting, Gerdin said the truckload market right now “is the best we have ever seen” and he expects to rate increases of between 4% and 5% over the next year as capacity remains tight.

The company also continues to invest in new equipment and by the end of 2018 expects to lower the average of its tractor fleet to 1.3 years compared to 1.8 years in 2017 and the trailer fleet to 3.5 years from 5 years.

“It’s good to be a trucker today,” Gerdin said, noting that the company is turning down loads at a rate not seen in more than six years as demand for truckload freight hauling continues to grow and capacity is limited by a shortage of drivers.

Gerdin said the company is debt-free again after paying off debt used to acquire IDC and may consider more acquisitions “if the right opportunity comes along.”