Harris Saunders Jr., the former head of Saunders Leasing System and picked to be the first chairman of the Truck Renting and Leasing Association in 1978, died May 6. He was 93.

A native of Birmingham, Ala., Saunders earned a degree in mechanical engineering from the Georgia Institute of Technology and spent his entire business career working in the family’s truck leasing business. The company traces its roots to the birth of the car and truck rental and leasing industry in 1916. 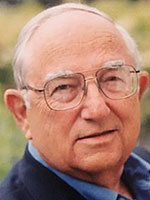 Until Trala was formed in 1978, it had been part of an organization that represented trucks and automobiles, according to Jake Jacoby, CEO of Alexandria, Va.-based Trala.

“Saunders was one of the leading voices in deciding to break away and form a separate association dedicated solely to truck renting and leasing,” Jacoby said in a statement. “He not only led the organization during its infancy, tackling critical issues such as deregulation of the trucking industry, but he formed lifelong friendships.”

Saunders was chairman of Saunders Leasing System when the company, the third-largest truck leasing firm in the United States, was acquired by Ryder System in 1986.

Upon retirement, Saunders became an avid adventurer, including sailing across the Atlantic Ocean. He served as chairman of the American Truck Historical Association and was inducted into the Georgia Tech Engineering Hall of Fame in 1997.