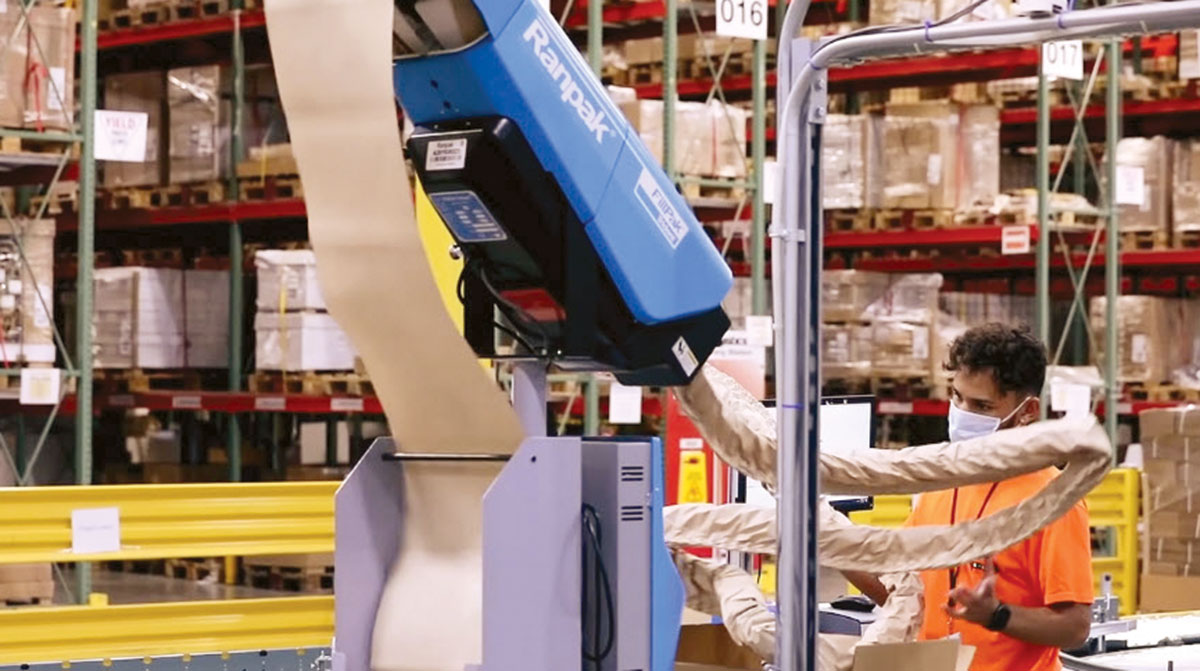 A worker processes orders at a GXO warehouse. The company reported first-quarter earnings of $38 million compared with $17 million during the 2021 period. (GXO via YouTube)

The Greenwich, Conn.-based contract logistics business posted earnings of $38 million, or 32 cents a diluted share, for the three months ending March 31. That compared with $17 million, 12 cents, during the year-ago period when the company was operating within XPO Logistics. Total revenue increased by 14% to $2.1 billion from $1.8 billion.

“We have started 2022 with outstanding top- and bottom-line performance,” GXO CEO Malcolm Wilson said during a call with investors. “We are clearly in an environment where supply chains have become far more complex and will require much greater scale and innovation. Our role as a trusted long-term partner to global businesses is more critical than ever, which is why we continue to see record new business wins, a huge sales pipeline and increasing demand for customer first-time outsourcing.” 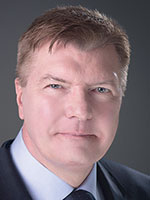 GXO launched as an independent company Aug. 2. XPO at the time split its contract logistics operations into its own stand-alone business to take advantage of tailwinds related to e-commerce, automation and outsourcing.

“All of our verticals are growing both organically and through new customer wins and it’s worth taking a moment to discuss where we are winning new business,” Wilson said. “While we continue to expand the scope of operations with existing customers and gain market share during the first quarter, first-time outsourcing, especially in the e-commerce and omnichannel sector, was again the largest source of our new business wins.”

GXO saw the most revenue growth for first quarter in e-commerce, omnichannel retail and consumer technology. Those operations increased 19% to $1.13 billion from $951 million during the same time the previous year. That was followed by food and beverage, which saw revenue growth increase 13% to $338 million from $299 million last year.

“We have seen some shifts from e-commerce back to brick-and-mortar retail,” Wilson said. “However, our customers continue to invest heavily with us in developing the direct-to-consumer channel. When you combine this with our high-revenue retention levels, we have great confidence in the robust nature of our growth trajectory.”

Results were mixed in terms of Wall Street expectations. Analysts were looking for 54 cents per share and quarterly revenue of $2.06 billion, according to Zacks Consensus Estimate.

GXO also has been focused on lowering its carbon footprint. Its inaugural environmental, social and governance (ESG) report released April 26 showed a 24% decrease in greenhouse gas intensity by revenue in 2021.

“As a new company, we have the unique opportunity to tailor our environment, social and governance strategy to what matters most,” Wilson said. “Our people, our partners and our planet.”

J.P. Morgan noted in a report that the company is uniquely positioned to benefit from secular outsourcing tailwinds as the largest pure-play contract logistics provider in the world. The investment banking company also noted a number of fast-growing industry verticals are utilizing more automation, which corresponds with larger and longer duration contracts.

“Recent supply chain disruptions and a jump in e-commerce penetration will also support GXO’s outlook as the company leverages its geographic scale and financial strength,” J.P. Morgan analyst Brian Ossenbeck wrote in the report. “Improving mix, productivity initiatives and better performance out of the K+N acquisition should all support margin expansion as well.”

Susquehanna International Group noted investors and analysts are focused on how GXO could fare during a consumer-driven global slowdown given a backdrop of macro concern. The investment company suggested parallels could be drawn with Norbert Dentressangle SA. XPO acquired the contract logistics, freight brokerage and transportation company in 2015.

“GXO’s outsourcing-driven secular growth should weather the brewing cyclical storm in Europe better than predecessor Norbert did in the Great Recession,” Susquehanna analyst Bascome Majors said in a report. “That said, the burden of proof remains on management’s execution, and we don’t expect a sizable snap-back in valuation near-term.”

GXO Logistics ranks No. 8 on the Transport Topics Top 100 list of the largest logistics companies in North America.