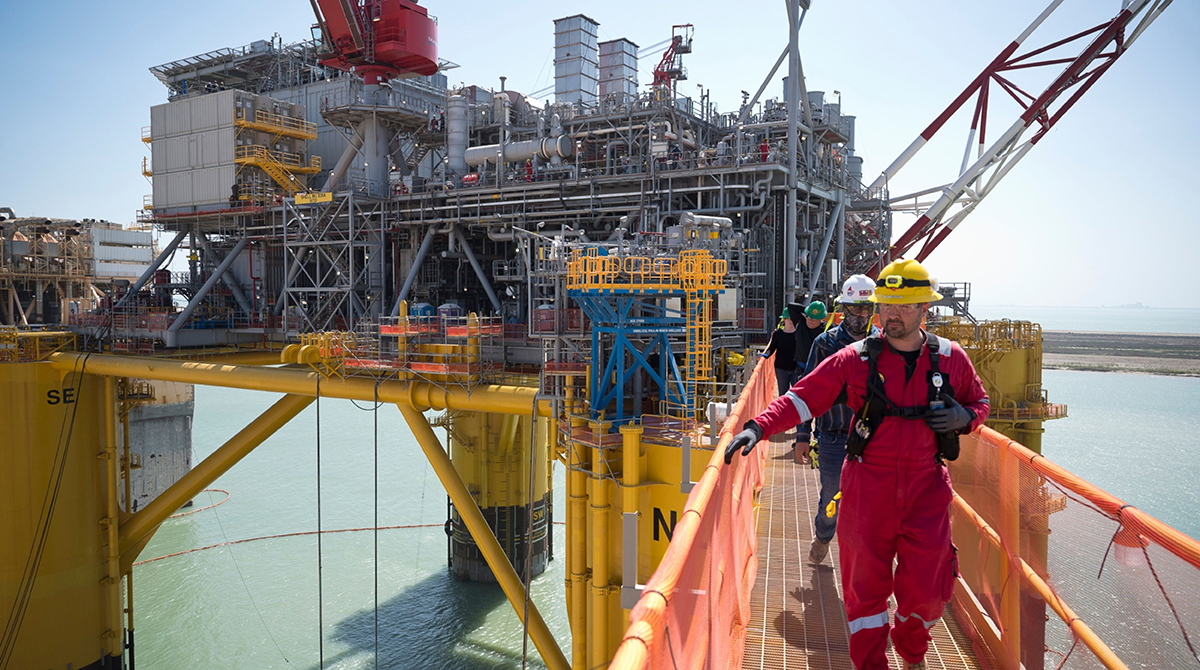 A new wave of oil platforms is sweeping into the U.S. Gulf of Mexico as crude prices are riding historic levels and demand for barrels is higher than ever.

But don’t count on the new production to close the oil-supply gap that has plagued the world’s economies since the pandemic. Even with the new platforms coming online, Gulf oil production won’t grow substantially in the coming years as mature fields decline, according to analysts.

BP PLC’s Argos and Shell PLC’s Vito — floating production platforms that are taller than 20-story buildings and have decks the size of football fields — will start pumping crude off the Louisiana shore later this year. They will join Murphy Oil Corp.’s King Quay, a behemoth that started producing oil in April, also off the Louisiana coast. Others from Chevron Corp., Shell and Beacon Offshore Energy are expected to start production in two years. Once all six platforms are online, they could produce up to 560,000 barrels a day.

The timing for these new Gulf projects couldn’t be better. The offshore sector has been battered by back-to-back busts and a pandemic that forced mass layoffs and bankruptcies. But even with oil at $100 a barrel, a big comeback is unlikely. After a decade that saw one of the worst oil spills in U.S. history, shale’s ascendance and mounting climate-change concerns, some experts believe that the sun may be setting on the Gulf.

“I think it has a future, but it’s not as bright as it once was,” said James West, an analyst at Evercore ISI. “There’s probably some growth still left in the Gulf of Mexico, but it’s a more modest growth.”

Last year, Shell said its global oil production had peaked in 2019 while BP in 2020 said it would cut oil and gas production worldwide 40% by 2030. Shell and BP are the two biggest Gulf producers.

Since the first offshore rig was built off the coast of Louisiana in 1938, the Gulf of Mexico has been a reliable source of domestic oil. Its deep trove of reservoirs is responsible for about 14% of the U.S.’s crude production, second only to the country’s prolific shale fields. Gulf producers extracted 1.7 million barrels of oil per day in January, still shy of the pre-pandemic record of 2 million barrels a day.

The U.S. Energy Information Administration expects Gulf output to remain flat through 2023, while S&P Global Commodity Insights projects production may recover to the pre-pandemic record by the end of the year. Energy consulting firm Wood Mackenzie is more bullish, forecasting crude and natural gas production this year could jump to the equivalent of 2.3 million oil barrels per day.

Offshore projects cost billions and rarely come online in less than a decade. The sector’s inability to quickly ramp up production when geopolitical disruptions such as Russia’s war in Ukraine upend markets is one reason why U.S. oil production at 11.8 million barrels a day remains below the pre-pandemic record of 13.1 million barrels a day, even with crude prices at 14-year highs.

The number of new offshore discoveries worldwide has fallen to a 75-year low after oil companies slashed their budgets for deepwater exploration. Even as the industry recovers from the pandemic, its offshore investment globally is set to rise only 7% to $155 billion this year, compared with an 18% increase in shale investments, according to Rystad Energy, a consulting firm.

Regulatory concerns also loom large over the offshore sector, which relies on regular federal lease auctions to maintain output. The U.S. still is permitting new drilling and production on existing offshore leases, but it could be another year or more before producers get a crack at new federal acreage.

The Biden administration isn’t on track to set a schedule for new offshore lease sales by June 30, when the current five-year program expires, and federal budget documents show the White House doesn’t anticipate selling more oil and gas leases in the Gulf through at least October 2023. That means it’s unclear when — or if — offshore producers will be able to secure new Gulf leases.

If leases remain suspended, Gulf production could be halved by 2040, according to the National Ocean Industries Association, which represents the offshore oil and wind industries.

“We’re sitting in a situation where it’s been coming up on two years without the issuance of offshore leases, likely to be three or four,” NOIA President Erik Milito said. “You’ve got this tone and tenor that in many respects has had a chill on the investment community and on companies.”

Instead of launching megaprojects to explore in ever deeper waters farther from shore, producers are increasingly shifting to smaller designs and subsea tiebacks, which connect new oil and gas production to existing networks of platforms and pipelines.

“If you do a greenfield investment, you’re exposing yourself to potentially 10 years of volatility,” said Colin White, an offshore analyst with Rystad. “Because the Gulf of Mexico already has so much infrastructure in place, operators are shifting to an infrastructure-led exploration strategy.”

BP and Shell remain committed to the region even as they shift investment from oil and gas to meet net-zero ambitions. BP has said its existing Gulf of Mexico fields can break even with crude prices in the low-$30s, making it some of the lowest-cost oil in the world to produce. By some measures, offshore platforms are less environmentally damaging because they emit about half the greenhouse gas levels of their shale counterparts, according to S&P Global. Oil spills, though, remain a big risk.

“I would be hard-pressed to say that offshore is on the decline because we keep improving our technology, including our seismic imaging,” said Starlee Sykes, the senior vice president overseeing the Gulf of Mexico for BP Americas. “No one would have thought there would be a renewal in the Permian before the shale boom, so I personally think it’s a long way from over,” she said, referring to the Gulf of Mexico.

Some offshore giants are increasingly setting their sights on waters beyond the Gulf of Mexico. Exxon Mobil Corp. and Hess Corp. have made significant discoveries in Guyana while TotalEnergies SE and APA Corp. are ramping up development in neighboring Suriname. Across the Atlantic, Shell has made a massive discovery offshore Namibia.

“When I worked in the Gulf of Mexico in the ’90s, they were calling it the Dead Sea then, right before deepwater took off,” said Bob Fryklund, vice president of upstream energy for S&P Global. “But it’s reinvented itself more times than people thought.”

— With assistance from Jennifer A Dlouhy.