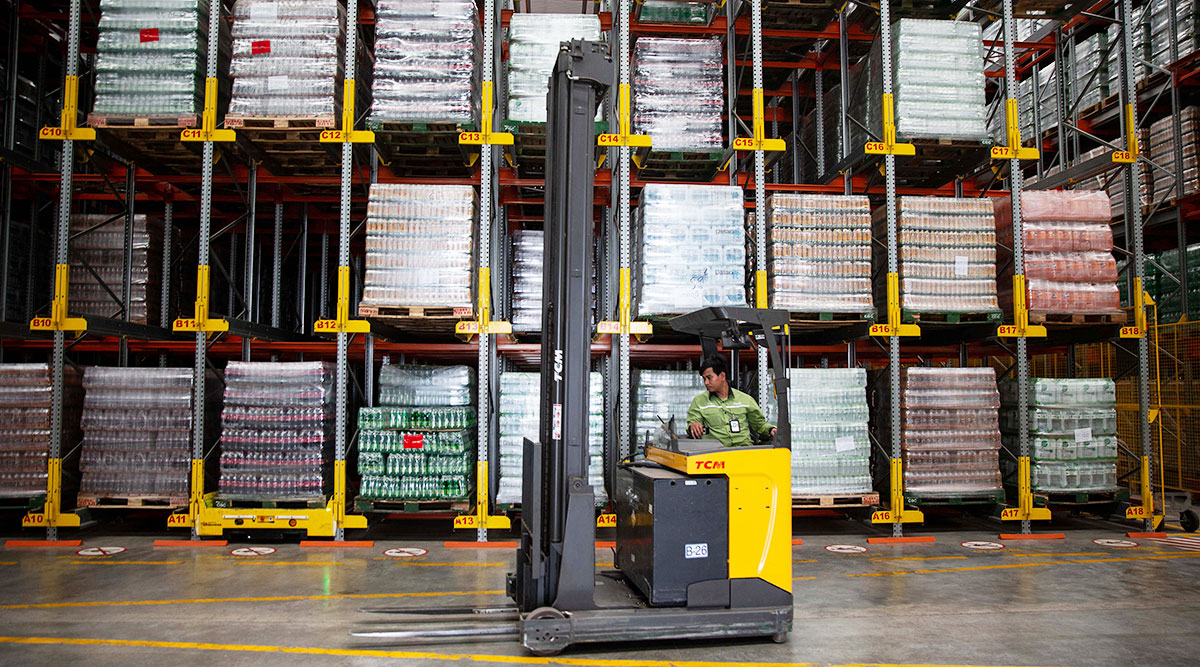 U.S. economic growth slowed in the second quarter by less than forecast as consumer spending topped estimates, though weaker business investment and exports underscored the risks spurring the Federal Reserve toward an interest-rate cut July 31.

Gross domestic product expanded at a 2.1% annualized rate, according to Commerce Department data July 26 that topped forecasts for 1.8%. That follows an unrevised 3.1% advance in first quarter and updated data showing growth last year was slower than previously reported.

Consumer spending, the biggest part of the economy, increased 4.3%, while government spending climbed 5% and offered the biggest boost in a decade. Nonresidential investment fell 0.6% for the first drop since 2015, and residential decreased for a sixth straight period.

“We have pockets of weakness in manufacturing, business investment, but as the consumer goes, so does the U.S. economy — the fundamentals for the consumer are very, very good,” said Ryan Sweet, an economist at Moody’s Analytics Inc. “Unless the consumer starts to hunker it in, I think the U.S. economy is going to get through this little soft patch without it turning into something worse.” 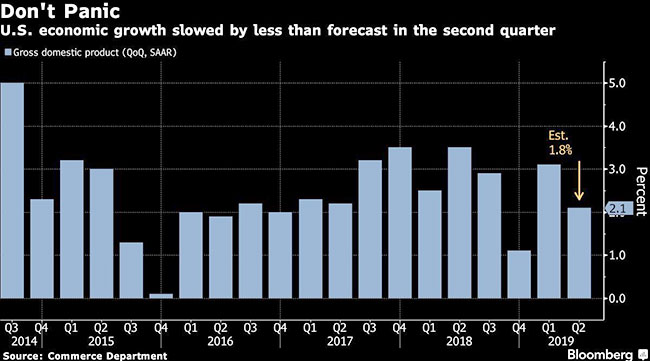 Treasury yields and the dollar initially rose as the data probably reduced chances of more aggressive Fed easing this year.

The mixed report highlights how President Donald Trump — who repeatedly has called for lower interest rates — is enjoying signs of a solid economy while his trade war with China weighs on the expansion and fuels uncertainty for global businesses. Revised data released July 26 showed the economy missed Trump’s 3% growth goal in 2018, after previous data had showed it matching.

The report on the broadest measure of all goods and services comes as Fed is expected to cut interest rates next week by a quarter point. The GDP report isn’t likely to sway that outcome, though officials are likely to consider the weakness in trade and corporate investment as risks to the economic outlook.

The July 26 report showed fresh evidence that trade is weighing on the expansion as exports dropped 5.2% while imports rose just 0.1%. Overall growth on a year-over-year basis slowed to 2.3%, the weakest pace in two years.

Excluding the volatile trade and inventories components of GDP, final sales to domestic purchasers increased at a 3.5% pace, the best in a year. Economists monitor this measure for a better sense of underlying demand. Inventories were a drag on growth, subtracting 0.86 point from growth after a 0.53 point contribution in the prior period.

The expansion, which this month became the longest on record, is cooling as the effects of the 2018 fiscal stimulus fade and global growth slows, with the International Monetary Fund again cutting its estimate earlier this week. A stronger dollar and new tariffs also are making it less desirable to do business with the United States.

Other data have highlighted the cooler pace of growth, with manufacturing figures showing tepid conditions and bellwether Caterpillar Inc. reporting a lackluster second quarter. A U.S. measure of production has declined in consecutive quarters, the common definition of recession, while a gauge of global factory activity contracted in May and June.