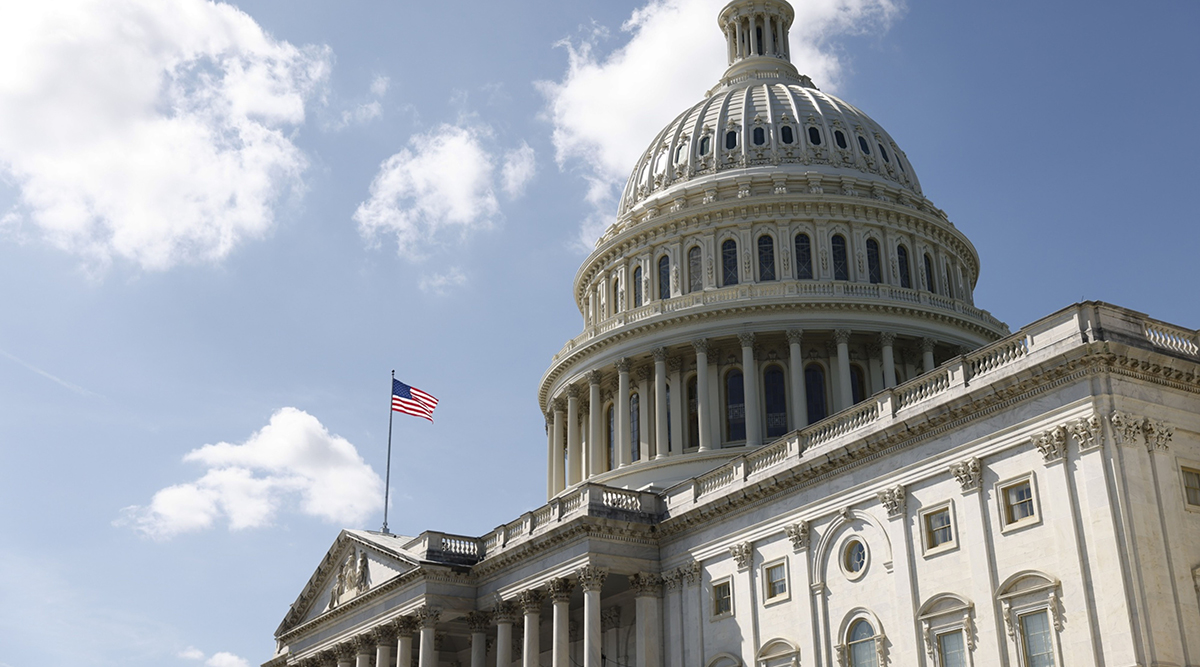 House Democrats will include a suspension of the U.S. debt ceiling in a spending bill needed to keep the government open past the end of this month, a risky move backed by President Joe Biden that assures a potentially damaging showdown with Republicans.

The debt ceiling would be suspended through December 2022, which would push that battle past the mid-term congressional elections. The stopgap funding bill would last through Dec. 3, 2021, a person familiar with the legislation said — setting up another fight to keep the government operating at the end of this year.

But those dates may not matter, with Republicans and Democrats completely at odds over the debt limit. Without a shift in position by one of the two parties, the decision to combine the temporary funding measure and the debt ceiling leaves the U.S. on course for a government shutdown and defaults on federal payments as soon as next month.

“This week, the House of Representatives will pass legislation to fund the government through December of this year to avoid a needless government shutdown that would harm American families and our economic recovery before the Sept. 30 deadline,” House Speaker Nancy Pelosi and Senate Majority Leader Chuck Schumer said in a joint statement, referring to the government’s fiscal-year deadline. “The legislation to avoid a government shutdown will also include a suspension of the debt limit through December 2022.”

We look forward to passing this crucial legislation with bipartisan support through both chambers and sending to the president’s desk in the coming weeks. Read my Joint Statement with @SenSchumer on Continuing Resolution and Debt Limit Legislation here: https://t.co/4w6h1v0c3G

Biden tweeted his support in the afternoon, saying Pelosi and Schumer are acting “to keep the government open, provide disaster relief, and avoid catastrophic default.”

Republicans have said they won’t vote to raise the debt ceiling as long as Democrats are pressing ahead with a partisan tax and spending plan encompassing much of Biden’s economic agenda. The White House and congressional Democratic leaders have insisted that the debt limit vote should be bipartisan.

“This is a bipartisan responsibility, just as it was under my predecessor,” Biden tweeted. “Blocking it would be inexcusable.”

The majority party aims to pressure Republicans into backing down on their threat by attaching it to the stopgap bill. The legislation also includes money for hurricane and wildfire disaster aid, which could make the package more difficult for some Senate Republicans — particularly from hard-hit hurricane states like Louisiana — to vote against.

Even so, it would likely be difficult to convince 10 Republicans to vote with Democrats in the Senate, where the package requires 60 votes for passage.

Republicans and Democrats are also in a dispute over Afghan aid tied to the stopgap bill and whether to include additional funds to vet refugees, according to a person familiar with the talks.

Senate GOP leader Mitch McConnell on Sept. 20 reiterated that Republicans “will not support legislation that raises the debt limit.”

“One party controls the entire government,” McConnell said on the Senate floor. “They have the power to address this alone.”

Democrats do not get to ram through radical, far-left policies on party-line votes, brag about how they are transforming the country, but then demand bipartisan cover for racking up historic debt.

As I've said since July, they will need to address the debt limit themselves.

Schumer said it was “fiction” for Republicans to label the debt as Democratic debt, pointing to bipartisan pandemic relief enacted during the Trump administration as one source of the U.S.’s added debt load. “Both sides, both sides” are responsible, he added on the Senate floor.

“What Republicans are doing is nothing short of a ‘dine and dash’ of historic proportions,” Schumer said.

Yet neither side has articulated a strategy for getting past the standoff and avoiding a default, which Treasury Secretary Janet Yellen has warned would cause “irreparable harm” to the U.S. economy.

“I don’t know what the endgame is, because there’s no precedent for anything so irresponsible,” Senate Appropriations Chairman Patrick Leahy, a Vermont Democrat, said Sept. 20.

Uncertainty about the standoff over the debt ceiling was one of the factors driving a global stock rout on Sept. 20 that was propelled mainly by jitters about China extending a property clampdown and speculation about whether the Federal Reserve later this week will indicate it will move toward scaling back monthly asset purchases.

The federal debt ceiling came back into effect, at $28 trillion, in August and the Treasury Department has warned that without congressional action it may run out of extraordinary accounting measures to avoid a payment default as soon as “sometime” in October.

The Treasury market is showing some signs of concern about Congress failing to act in time. Yields on bills that come due in late October or early November are higher than those that mature before or after, as investors ask for more compensation for the added risk.

It remains unclear what Democrats plan to do if the bill combining spending and a debt-ceiling increase fails to pass in the Senate.

The Democrats could raise the debt ceiling alone, using a separate partisan budget tool known as reconciliation, but have so far declined to do so — arguing that the debt is the responsibility of both parties.

— With assistance from Laura Litvan.