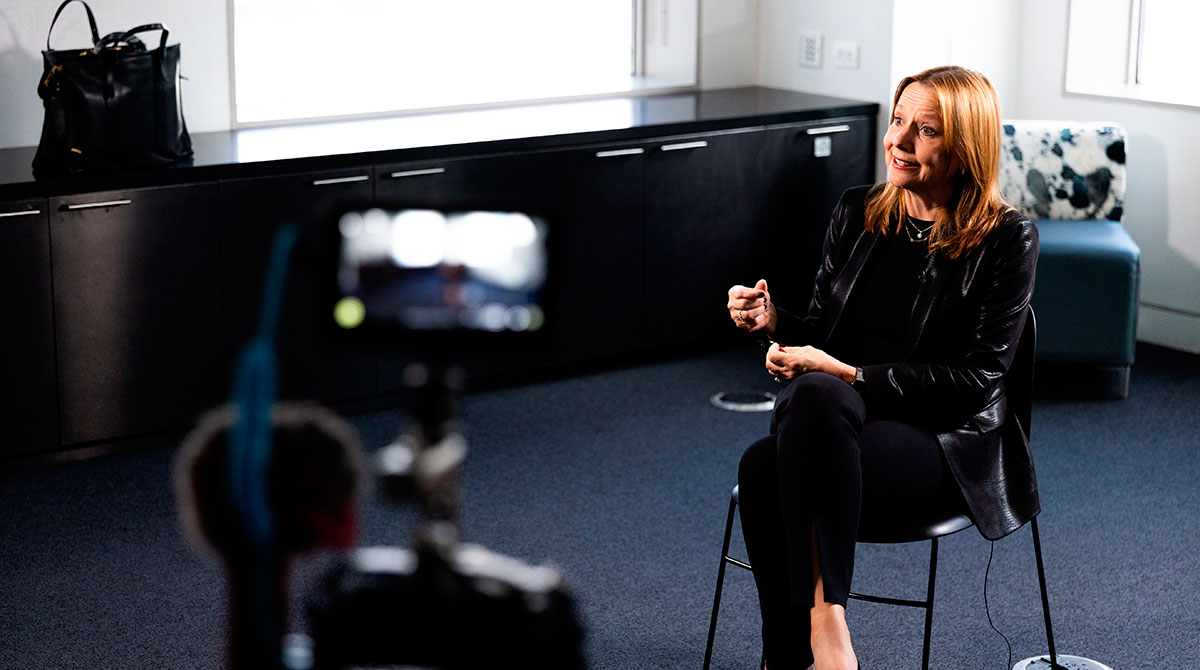 NEW YORK — The economy is a bit wobbly, but General Motors CEO Mary Barra isn’t backing off of an audacious prediction: By the middle of this decade, her company will sell more electric vehicles in the U.S. than Tesla, the global sales leader.

To fulfill that pledge in as little as 2 1/2 years, she faces some long odds against immense economic forces that are working against auto sales. Inflation has spiked, interest rates are rising, material costs have soared and a global shortage of computer chips is still stalling assembly lines at GM and other companies.

But in an interview with The Associated Press, Barra said she’s confident GM can unseat Tesla with higher-priced specialty vehicles, and it will beat Elon Musk to high-range EVs at prices that people can afford.

Last year GM sold just 25,000 electric vehicles in the U.S., less than one-tenth of the estimated 352,000 sold by Tesla. Although EV sales are rising dramatically, they’re still only about 5% of the U.S. new vehicle market, with many Americans still reluctant to change.

Already the company has pledged to cut the starting price of the Chevrolet Bolt small SUV to around $26,000 later this year. GM is planning to roll out a Chevy Equinox small SUV with 300 miles of range for around $30,000 in fall 2023. And July 18 in California, it will unveil a larger (and more expensive) Chevy Blazer SUV that goes on sale next summer.

They’ll join a couple of gargantuan Hummer EVs, an upcoming electric Silverado pickup and a Cadillac luxury SUV in taking on Tesla. And Barra said there’s more to come on the way to offering 30 battery-powered vehicles globally by 2025. “What we have coming, it’s in the heart of the market,” she said, without giving details. 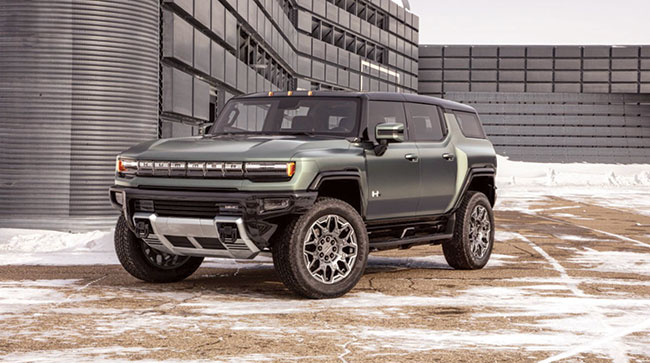 The mainstream vehicle is something Tesla has yet to master. The Model 3 sedan, its lowest-priced vehicle, starts at close to $60,000.

Part of the strategy is convincing buyers that an electric vehicle can meet all their transportation needs. Many EV owners, she said, also have a gas-powered auto for longer trips.

That’s why the company announced a partnership to place 2,000 charging stations at up to 500 Pilot Travel centers, spaced 50 miles apart along interstate travel corridors. “If the only vehicle you own is going to be an EV, you have to feel confident of charging,” Barra said.

GM has a goal of making only electric passenger vehicles by 2035.

The switch to EVs would be monumental on its own for GM, a company that has made a living largely on the internal combustion engine for more than 113 years.

But Barra also has to manage the finances, keeping the profits flowing from gasoline vehicles to pay for battery development — even though GM currently can’t run its factories flat-out due to the chip shortage. And at some point, money from gas vehicles will decline, so the EVs have to be profitable almost from the start.

Also, auto prices have risen to an average of around $45,000, boosting carmakers’ bottom lines but pushing new vehicles out of reach of the middle class. Economists are predicting the Federal Reserve could add up to a full point to interest rates, raising the cost of auto loans. And there’s talk about the U.S. heading back into recession.

RoadSigns � RS88: How Can 3PLs Optimize Capacity and Pricing?

“It’s pretty volatile right now,” Barra conceded. “We’re looking at many different scenarios as any prudent business leader would to make sure we’re ready for whatever, however the situation evolves.”

She said she expects parts and chip shortages will last into next year, with coronavirus outbreaks continuing to crimp the flow.

To deal with the semiconductor shortage, GM is throwing out its old model of letting parts supply companies acquire the chips with GM knowing little about them. Instead, by 2025, it will move toward three families of chips that Barra said the company will buy and control itself. They will be able to do multiple tasks, eliminating the need for dozens of chips in every vehicle.

That standardization will give GM the scale to buy in bulk and make sure supplies don’t get interrupted in the future, Barra said: “We’re also working with a select group of strategic companies to source these for the volumes. We’ll have much better control and a stable supply.”

Still, she knows affordability will be a problem. With that in mind, she said GM offers the Chevrolet Trail Blazer starting at just below $20,000. The company also is linking used vehicle buyers to dealer inventories nationwide. And GM’s Cruise autonomous vehicle unit is starting a driverless ride-hailing service in San Francisco that will spread to more cities, offering another affordable transportation mode, she said.

GM exited Europe in 2017 by selling its Opel brand after years of losses, but Barra said plans are being formed to re-enter the huge market with electric vehicles. “All I can tell you is I think it’s a huge growth opportunity for the company, and we’re excited to be back,” Barra said.

She has no plans to change GM’s joint venture in China with state-owned automaker SAIC, even though Beijing has stopped requiring that foreign automakers enter such partnerships with Chinese companies. But Barra said there may be a chance for GM to bring in iconic and luxury vehicles.

Throughout her career, Barra, who was GM’s product planning chief before becoming CEO in January 2014, has had to make difficult decisions. To manage the complexities of her job, she’ll need to draw on that experience.