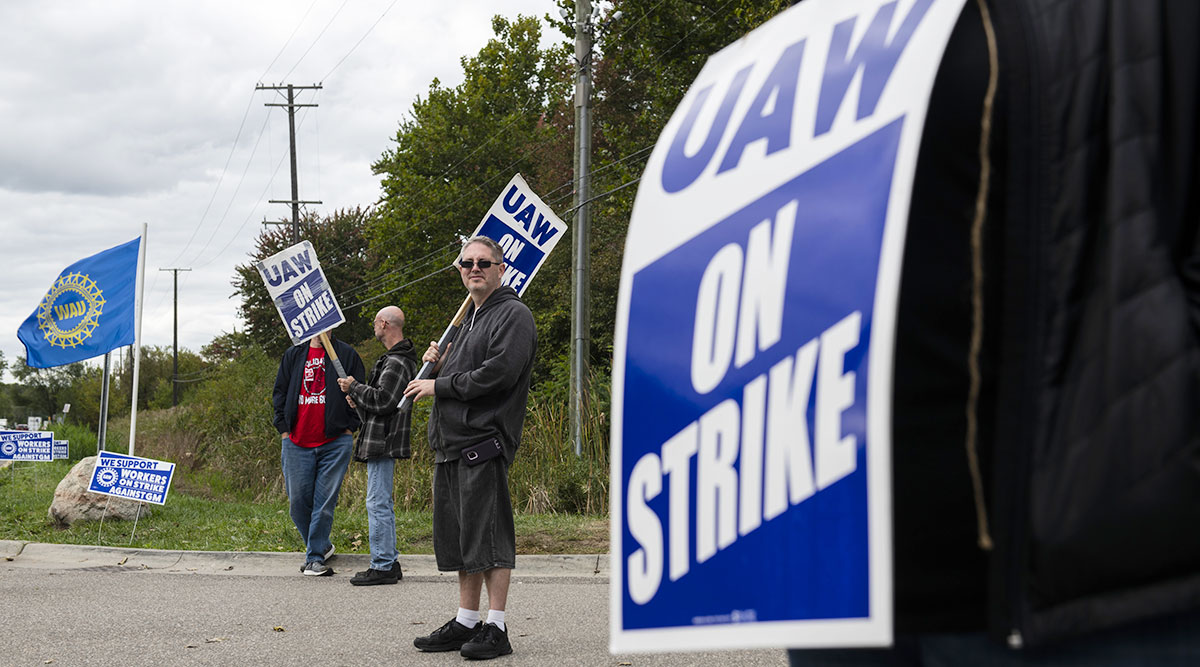 The United Auto Workers union’s strike against General Motors Co. may force credit raters to take action and move the company closer to junk status, according to Bloomberg Intelligence.

Now in its fourth week, the strike has gone beyond the two-week threshold that raters including Moody’s Investors Service and S&P Global Ratings had said posed downside risk, Bloomberg Intelligence analyst Joel Levington wrote in a report Oct. 9. The “fuse is burning” for ratings that, in Moody’s case, are just one notch above junk, Levington said.

So far, bondholders haven’t priced in the possibility of negative rating actions. GM’s bonds have barely moved, while its stock is down about 13% since the strike took effect Sept. 16. Credit default swaps have widened since then, but so have those of peers Ford Motor Co. and Fiat Chrysler Automobiles NV, as well as the broader investment-grade market.

GM is rated BBB by S&P and Fitch Ratings, which is two levels above junk. Moody’s, S&P and Fitch all have stable outlooks for the automaker’s rating.

The Detroit-based automaker and the union remain deadlocked over job guarantees, according to a letter sent out Tuesday by UAW Vice President Terry Dittes. Workers also are fighting for better wages and benefits, which could affect GM’s cost structure going forward.

“The longer this drags on, the more risk that the concessions would have to be larger on GM’s part,” said Olesya Zhovtanetska, senior director of public fixed income at Sun Life Investment Management. “It goes beyond the immediate financial impact.”

GM may have trouble funding its obligations if the strike isn’t resolved before raters either cut the outlook or rating, Levington said. The company has more than $100 billion of debt, most of which is tied to its financing arm. That’s largely responsible for the $2.75 billion of U.S. dollar debt that GM has maturing in the first quarter of next year.