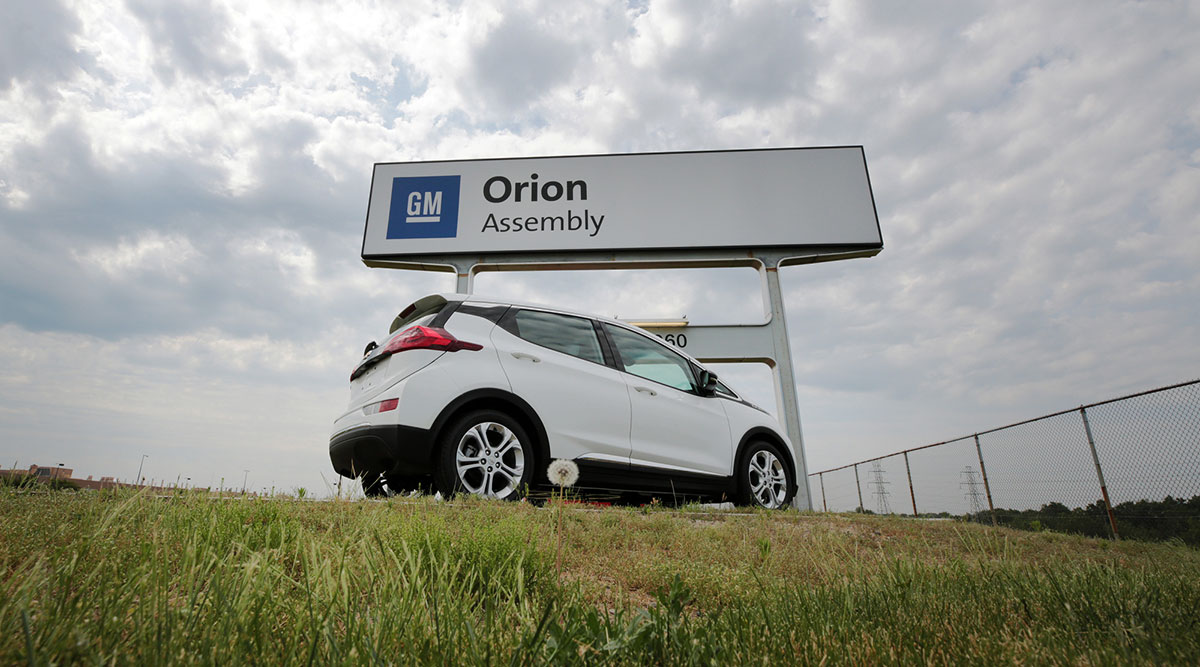 General Motors Co. will throw a bone to President Donald Trump on March 22 by announcing an investment in its electric-car plant north of Detroit after enduring days of intense criticism for idling an Ohio factory.

GM said in a media advisory that it will announce news March 22 along with the United Auto Workers union and local government officials at its factory in Orion Township, Mich. The company said only that it’s making “major new investment focused on the development of GM future technologies” at the facility that builds fully electric Chevrolet Bolt cars. CEO Mary Barra is expected to attend, a company spokesman said.

“It’s probably an electric car,” said Jeff Schuster, a forecasting analyst at LMC Automotive who expects GM to add up to four new EVs to the plant’s manufacturing mix over the next several years to make good on promises to electrify more of its lineup. “It’s essentially an all-electric story with an investment in EVs across several brands.”

Building an all-new electric vehicle in Orion would underscore GM’s gradual shift from gasoline-fueled cars toward battery-powered models. The investment announcement will come as the company is wrangling with UAW and Trump over ending production at a car plant about a four-hour drive away in Lordstown, Ohio. 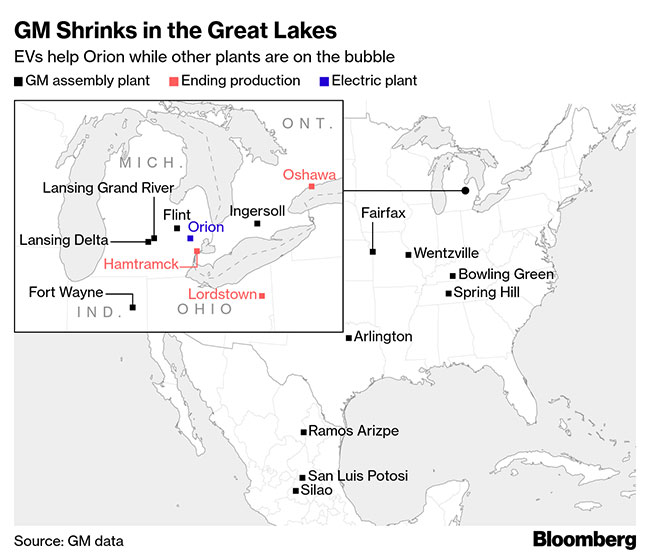 After lambasting GM on Twitter over the weekend, Trump held a rally March 20 in Lima, Ohio, where he again told the carmaker to either reopen the factory or offload it to a company that will.

“Get that plant open or sell it to somebody and they’ll open it,” Trump said. “Get it going now.”

GM’s plans for Orion may not be enough to appease Trump, whose lashing out is probably linked to efforts to keep Ohio voters in his corner for the 2020 election. But the investment it’s announcing March 22 is expected to create jobs or transfer opportunities for workers at plants including Lordstown — and another in the Hamtramck area near Detroit — that are scheduled to be idled or closed by early next year.

Trump has targeted GM for criticism ever since the company said it had no future product allocated to five North American plants four of which are in the United States — and cut upward of 14,000 jobs. Not all of those employees have been dismissed, with some having to move to plants in Michigan, Tennessee or Texas to stay employed. GM already has relocated 1,000 of the 2,800 affected U.S. hourly workers to other plants, including 500 from Lordstown.

In anticipation of Trump’s visit to Ohio, GM sought the help of the Center for Automotive Research to help build a defense against the president’s barbs. A GM spokesman shared data compiled by the nonprofit researcher showing the carmaker invested about $21 billion in the United States since 2010, the year it after it emerged from bankruptcy. That was about a quarter of the total investment made by all automakers.

At the same time, GM has ramped up its operations in Mexico. Last year, the company imported almost 1 million vehicles into the United States from NAFTA neighbors, with most coming from Mexico. It’s now the leading U.S. importer of vehicles built south of the border.

In a move that may have amped up the pressure on GM to respond to Trump’s attacks, rival Ford Motor Co. on March 20 announced a $900 million investment planned for southeast Michigan facilities, the bulk of which will go to producing electric vehicles at a plant in Flat Rock, south of Detroit. That news landed hours before Trump started his rally in Ohio.

Just spoke to Mary Barra, CEO of General Motors about the Lordstown Ohio plant. I am not happy that it is closed when everything else in our Country is BOOMING. I asked her to sell it or do something quickly. She blamed the UAW Union — I don’t care, I just want it open!

GM’s Orion plant builds the gasoline-powered Chevy Sonic subcompact and could continue to make conventional internal combustion engine cars, but the facility has tooling in place to handle battery packs. It also is allowed to delegate nonassembly work to lower-wage union workers.

The factory operates at only about 40% of production capacity, making it likely that GM will add a new EV to better utilize assembly lines, Schuster said. The factory is in close proximity to GM’s headquarters in Detroit and its R&D center in Warren, Mich., which could help toward working out any kinks as it expands output of battery-powered cars.

“GM has already pledged that they have more EVs coming,” said Kristin Dziczek, vice president of the labor and industry economics group at the Center for Automotive Research. “It makes sense to build it where they are already making EVs.”

GM announced in October 2017 that it planned to sell 20 fully electric vehicles by 2023 using a new battery platform that GM President Mark Reuss has said will enable the company to sell the cars at a profit.

Schuster expects GM to debut small Chevy and Buick crossover electric vehicles and two more EVs for its upscale Cadillac brand coming after 2022. The Chevy and Buick EVs could use the current Chevy Bolt drive system, and the Cadillacs may be built on GM’s next-generation plug-in system, he said.

“They will make them crossovers, which is what the consumer wants,” Schuster said.