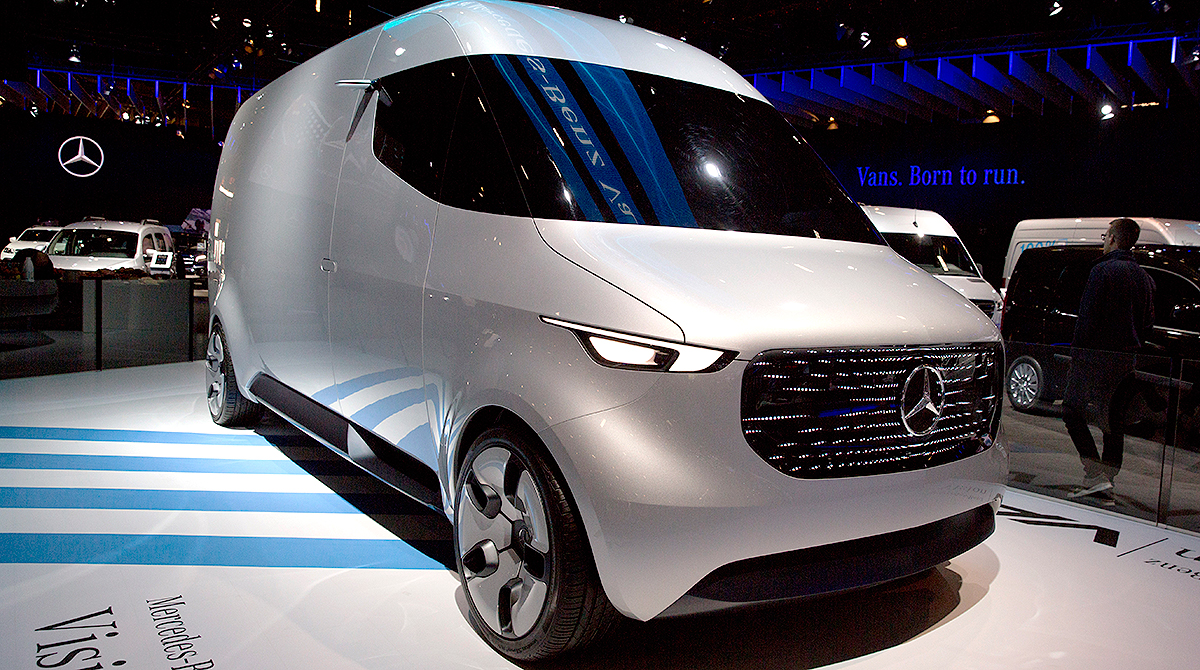 A Mercedes-Benz Vision van is displayed during the opening of the Brussels Auto Show on Jan. 18. (Virginia Mayo/AP)

Mercedes-Benz said in a statement Jan. 18 that the passenger car plant would be built by a local business partner and the project is being developed “in close collaboration” with Egypt’s government. It said board member Markus Schaefer recently held “successful discussions” with Egypt’s president and prime minister.

Schaefer described Egypt as “an attractive and competitive location for production and supporting logistics” and said having an assembly plant there would enable Mercedes-Benz to expand its market position.

The company said it is also offering expertise on modern mobility concepts, electric cars and autonomous driving as Egypt develops a new capital and other infrastructure projects, but detailed agreements haven’t yet been reached on that.