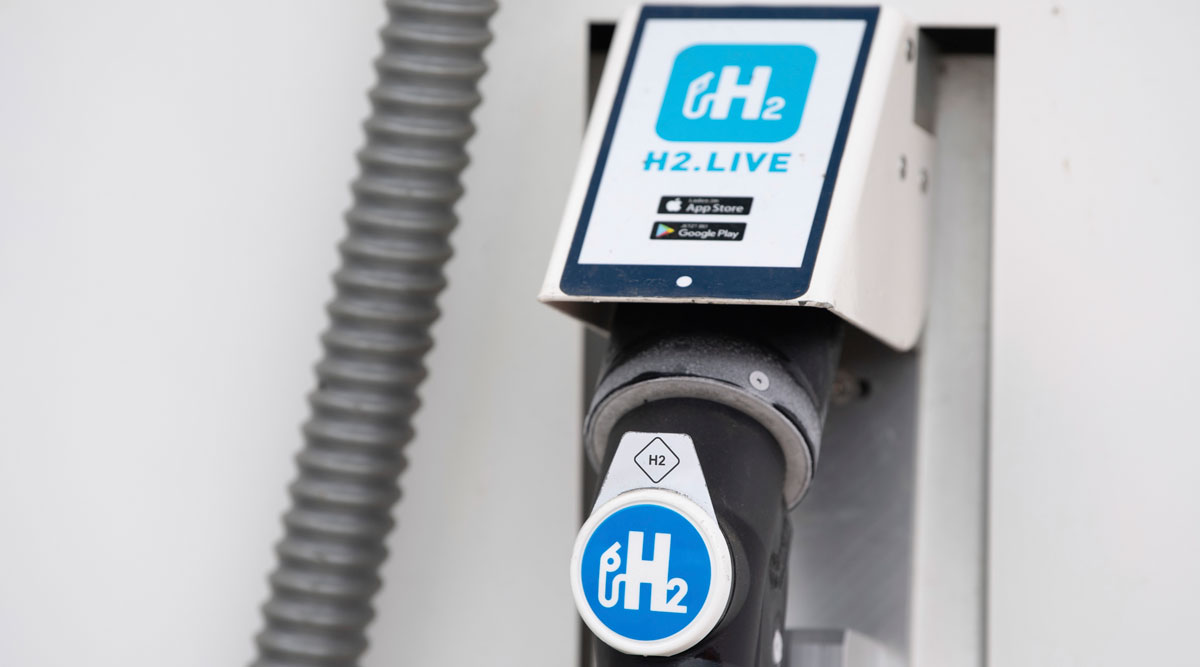 A nozzle valve is attached to the dispenser of a hydrogen filling station in Dresden, Germany, on June 8. (Sebastian Kahnert/dpa via AP)

BERLIN — The German government agreed June 10 on a long-term strategy for increasing production and use of hydrogen as part of a plan to cut the country’s greenhouse gas emissions.

While hydrogen is currently produced almost exclusively from fossil fuels, the government wants to encourage its production from excess electricity generated by renewable energy sources.

Experts say this so-called green hydrogen could help smooth out the problem of solar and wind power’s fluctuating supply, and replace fossil fuels in industrial processes that require high temperatures such as steelmaking.

The government plans to invest 9 billion euros ($10.2 billion) to promote hydrogen production and use, including 2 billion euros that will go toward projects in developing countries such as Morocco.

It set a goal of building hydrogen production facilities in Germany with a capacity of up to five gigawatts by 2030.

“Only with hydrogen at competitive prices, from domestic sources and imports, can the goal of climate neutrality by 2050 be reached,” said BDI deputy head Holger Loesch.

Germany’s transport minister, Andreas Scheuer, told the Funke Media group that the widespread use of technology such as hydrogen-powered engines in buses and trucks would be necessary if the country wants to meet its emissions reduction targets in the transportation sector.

Chancellor Angela Merkel has backed a national goal of ending greenhouse gas emissions in Europe by 2050 to meet the goal of keeping global warming well below 2 degrees Celsius (3.6 Fahrenheit) by the end of the century.

Scheuer said Germany will have about 100 hydrogen fueling stations by the end of 2020 and add a further 10-15 each year, giving it the biggest such network in Europe.

Japan, which like Germany has no major fossil fuel resources of its own, has invested heavily in hydrogen technology. China and South Korea likewise have national hydrogen strategies, as do Australia, Norway and the Netherlands.