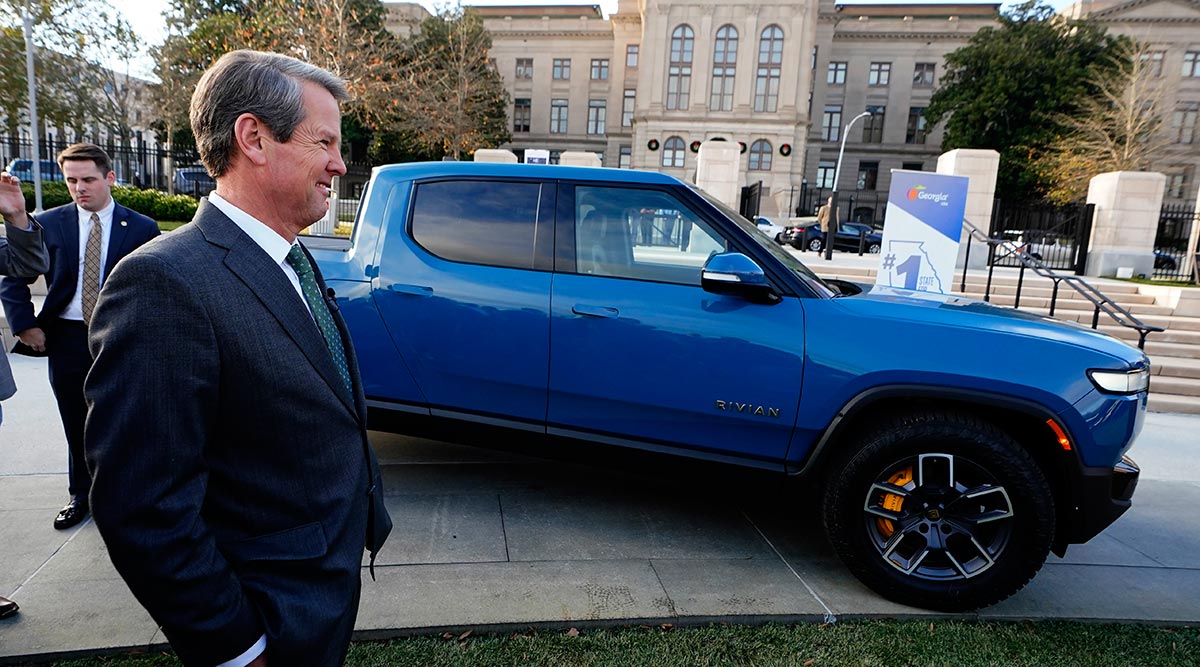 The Georgia Department of Transportation will partner with real estate giant JLL on a plan to expand electric vehicle charging stations across the state and obtain federal funding to help do it.

The plan will help GDOT apply for funds from a $5 billion electric vehicle infrastructure grant program established in the 2021 federal bipartisan infrastructure law, according to a news release. The initiative came alongside an additional $2.5 billion grant program designed to fund charging installations in rural areas, lower-income areas and communities with a low ratio of private parking spaces, according to the U.S. Department of Transportation.

“The [$5 billion] grant program offers a rare opportunity for states to claim significant federal dollars, but the nature of EV infrastructure is highly complex,” Josephine Tucker, JLL managing director of clean energy and infrastructure advisory, said in the release. “As an adviser to the state of Georgia, JLL will deliver expertise in engaging public and private stakeholders, analyzing future demand and gauging the impact of EV charging on future business models and implementations. Our shared goal is to create a cleaner, greener economic future for Georgia and beyond.”

EVs make up a relatively small percentage of new cars sold and total vehicles on the road. But the share of plug-in vehicles is expected to grow as automakers plow billions into manufacturing and electrify their fleets.

Consulting firm McKinsey and Co. found in an April report that nearly half of consumers report battery and charging issues are their top concerns with buying an electric vehicle.

The bipartisan infrastructure law has a goal of installing 500,000 public chargers through its grants nationally by 2030, according to McKinsey, but the firm found the country would need almost 20 times more chargers than it has now to meet the federal government’s goals for sales of zero-emission vehicles.

JLL, alongside partners Ernst and Young and construction and engineering firm HNTB, will work with the state to create a plan to describe how the state intends to support “a convenient, affordable, reliable, and equitable statewide and national EV network,” according to the U.S. DOT Federal Highway Administration guidelines. The plan should be updated annually to describe how the state intends to use the funds, according to the guidelines.

The plan must show proper charging coverage along existing corridors and outline a strategy for future expansion of installations, according to the release. The initial plan is due Aug. 1.

“Strengthening our electric charging network will require collaboration among government, industry, utilities and other stakeholders at every stage of the process,” said Jannine Miller, GDOT director of planning.

Gov. Brian Kemp has made EV manufacturing a priority for the state.

Hyundai confirmed in May it plans to build a $5.5 billion electric vehicle plant in Bryan County near Savannah that could employ about 8,100 workers. California-based electric vehicle maker Rivian announced in December 2021 that it would build a plant of similar scope.

A subsidiary of Korean conglomerate SK Innovation, meanwhile, has a sprawling battery plant in Jackson County.