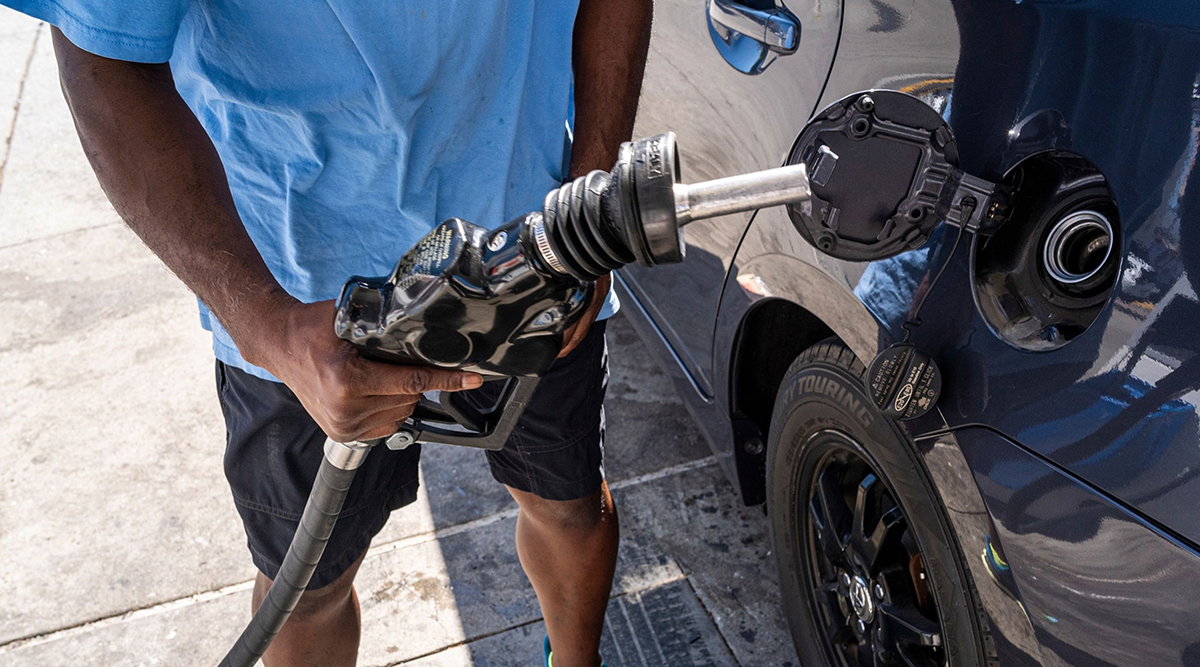 U.S. gasoline prices are on the rise for the first time in 16 days, potentially posing a political challenge for the Biden administration ahead of elections even as it casts a spotlight on Big Oil’s massive profits.

The average national pump price inched up to $3.761 a gallon overnight, snapping a streak of declines seen as easing pressure on Democrats trying to keep control of Congress. The reversal is being driven by rising prices on the East Coast, where gasoline supplies are so tight that some terminals have reported running out of fuel.

The jump comes as President Joe Biden lambastes some of the world’s biggest oil companies for reaping record profits while Americans struggle with historic inflation. Exxon Mobil Corp. on Oct. 28 posted the highest profit in its 12-year history while Chevron has its second-best quarter ever. Meanwhile, some of the states facing the highest pump prices are those poised to determine which party controls Congress. 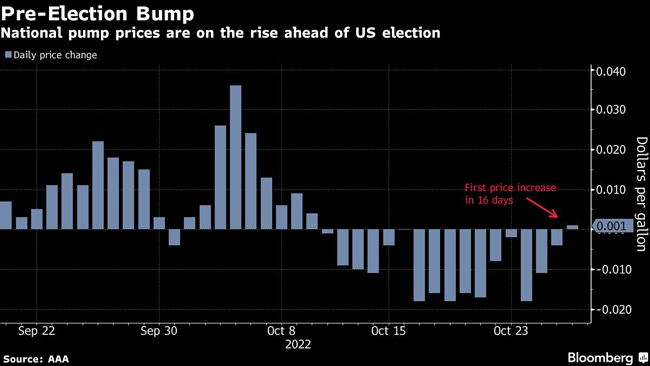 While the cost of gasoline generally follows the price of oil, the current rise has more to do with U.S. fuel supplies being at historic lows. Inventories on the East Coast have depleted to their lowest levels in a decade for this time of year, with imports from energy-starved Europe slowing and top supplier India also cutting back on shipments due to refinery maintenance there. A backwardated market structure is disincentivizing storage, exacerbating the shortage.

The Biden administration is weighing several options to cushion the blow, including expanding emergency fuel reserves and requiring private companies to hold minimum inventories, but no decisions have yet been made.