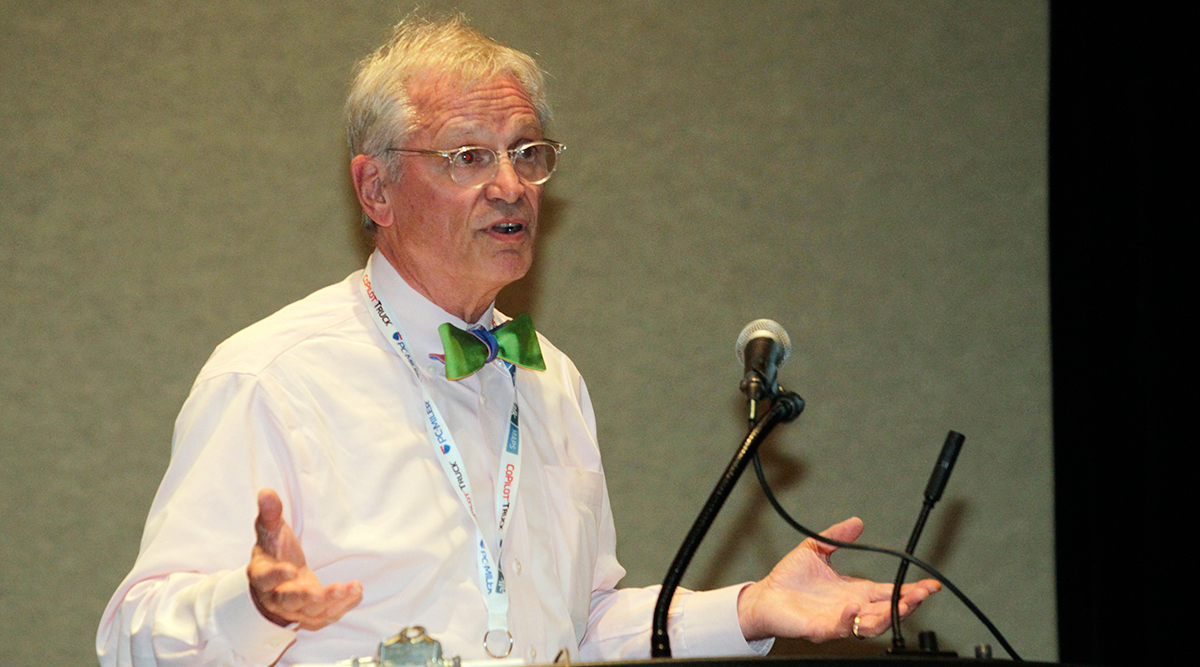 ORLANDO, Fla. — A leading proponent on Capitol Hill of raising the federal fuel tax again called on colleagues to act quickly on a long-term funding fix for the country’s infrastructure.

“I care about funding infrastructure … We need to be serious about this,” Rep. Earl Blumenauer (D-Ore.), told executives at American Trucking Associations’ Management Conference & Exhibition on Oct. 23.

“The infrastructure paralysis, in terms of funding you’ve seen, is a bipartisan problem,” he added.

A way to call attention to the infrastructure needs across industries and municipalities would be to hold two weeks’ worth of meetings in the Ways and Means Committee, the congressman proposed. He has a seat on the tax-writing panel, where he has sought to advance measures that would raise the gas and diesel taxes.

Republicans in control of policy in the House and Senate have rejected increasing fuel taxes. Aside from Blumenauer, few Democrats have expressed support for an increase. Since 1993, the gas tax has been 18.4 cents per gallon, and the diesel tax is 24.4 cents per gallon.

This year, the transportation policy committees have met with stakeholders to consider funding options for infrastructure. The selling or leasing of public entities, or asset recycling, has become a viable alternative for GOP leaders.