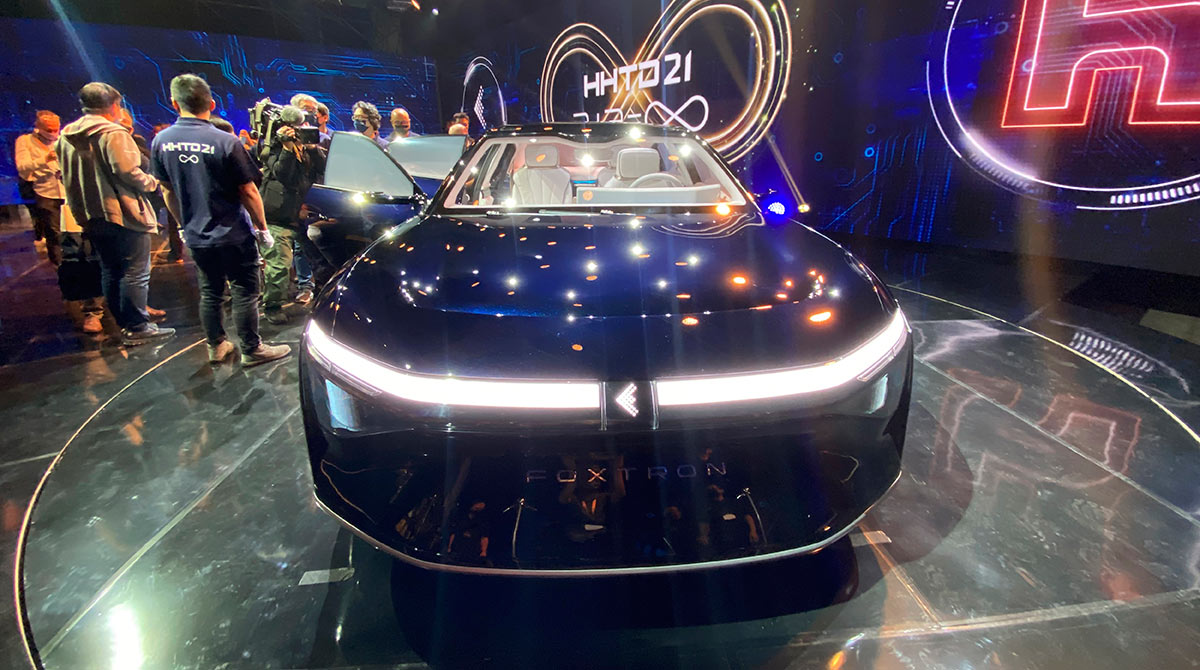 One of the electric cars unveiled by Foxconn Oct. 18. (Taijing Wu/AP)

TAIPEI, Taiwan — The Taiwanese company that manufactures smartphones for Apple Inc. and other global brands announced plans Oct. 18 to produce electric cars for auto brands under a similar contract model.

Foxconn Technology Group will produce cars and buses for brands in China, North America, Europe and other markets, Chairman Young Liu said, adding that clients can modify their appearance and features for their markets.

The flagship Model E sedan, developed with Italian design house Pininfarina, is due to be launched in 2023, the company said. It noted the Model E will seat five and have a range of 750 kilometers (470 miles) on one charge.

The newspaper Taiwan News said last week other potential customers include Stellantis, the automaker formed by the merger of Fiat Chrysler and Peugeot, but Liu did not confirm that.

Foxconn said its first electric bus, the Model T, will have a range of less than 400 kilometers (250 miles) on one charge.