FourKites has received $35 million from investors to fund expansion of its shipment tracking technology to new international markets and to develop new products.

“Predictive technology is rapidly becoming an integral component of supply chain execution, as companies recognize its enormous value,” said Eric Carlborg, general partner at August Capital in Menlo Park, Calif. “We look forward to being part of FourKites’ next chapter, as the team scales the breadth and depth of those solutions.” 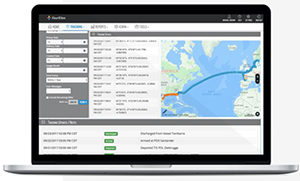 Carlborg also will join FourKites as a member of the board of directors.

FourKites uses connections to more than 4 million mobile phones and electronic logging devices to track shipments across all transportation modes, providing estimates of arrival time and data analysis that can assist shippers and carriers to optimize the movement of goods.

“Using FourKites has improved our on-time performance by 8%,” Dennis Organ, senior vice president of supply chain at Smithfield Foods, said in a statement released by FourKites.

FourKites said it has recently signed new international deals with Unilever to track shipments across Europe and AB InBev in South Africa. Other customers in the United States include: Best Buy, Kraft Heinz, Nestle, Perdue Foods and U.S. Foods.

“Our goal since day one has been to deliver measurable value for our customers by reimagining the way technology can transform their global supply chain,” said Mathew Elenjickal, founder and CEO of FourKites in Chicago. “This new funding accelerates the pace with which we can develop the next generation of predictive supply chain solutions.”