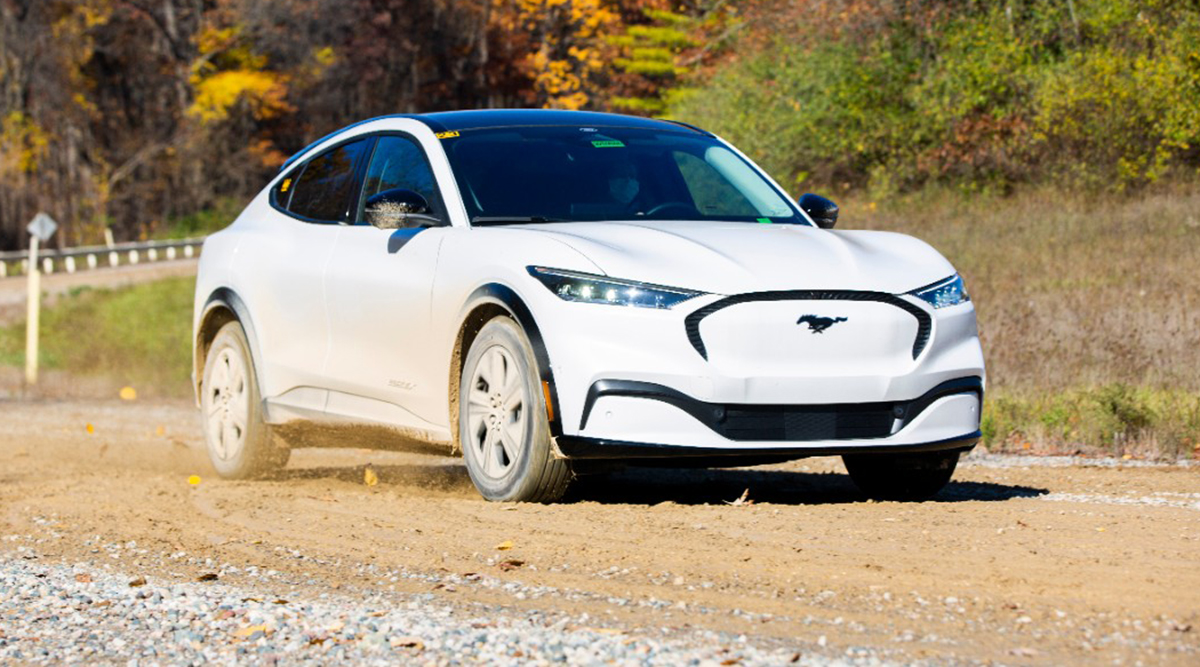 Ford Motor Co. claimed it was the best-selling automaker in the U.S. for the third consecutive month in November, a streak it hasn’t achieved since 1974, as it reported a 5.9% year-over-year sales boost for the month.

The Dearborn, Mich., automaker on Dec. 2 said it sold 158,793 vehicles in the U.S. last month, with gains across its key segments. Truck sales were up 4.6%, SUV sales grew 20.8% and sales of Ford’s burgeoning lineup of all-electric and hybrid vehicles increased 153.6% over last November.

“On the strength of Mustang Mach-E, Ford delivered record electrified vehicle sales, growing more than three times faster than the overall segment,” Andrew Frick, Ford’s vice president of sales for the U.S. and Canada, said in a statement. “Retail sales were up 4.5% over a year ago, with SUVs having a best-ever November sales performance on record sales of our all-new Bronco family. We expect growth to continue, thanks to adding an additional 74,000 new vehicle orders in November.”

Overall, the industry saw something of a slump in November amid the lingering semiconductor chip shortage that has constrained new-vehicle inventories. Cox Automotive reported that last month’s sales pace of approximately 13 million was “significantly lower” than November 2020’s pace of 15.9 million sales.

“The chip shortage continues to constrain new-vehicle availability, and this November was no exception. The market is very uneven right now, with some brands, and products, facing greater shortage than others, notably Toyota and Subaru, which reported significant sales drops last month due to tight inventory,” Cox said in an update Dec. 2.

“Meanwhile, Ford inventory has improved since summer, and with the new Bronco in market now and a better supply of pickups, including the new Maverick, the Blue Oval soundly beat the industry average last month and delivered a year-over-year sales increase. It’s a market of haves and have-nots.”

Ford’s share of the electrified vehicle market grew to 10%, up from 5.4% last year, according to the automaker. Overall, it sold 11,116 electrified vehicles, attributing the boost to strong sales of Mach-E, its first all-electric vehicle, and the hybrid version of the F-150 pickup, which had 4,767 sales.

With General Motors Co. extending downtime at its Chevrolet Bolt plant in Oakland County into next year, Ford Motor Co.’s electric vehicles are poised to outsell GM’s for 2021, depending on how December shakes out.

Although Tesla Inc. and Volkswagen AG remain the top two sellers of electric vehicles in the United States, GM and Ford are revving to be market leaders, they say.

GM on Dec. 2 said it notified the 1,181 employees at its assembly plant in Lake Orion that it will extend downtime there through the week of Jan. 24 “to continue prioritizing recall repairs,” spokesman Dan Flores said in a statement. Production halted the week of Aug. 23 when the Detroit automaker recalled every Bolt ever produced for a defect in the LG Energy Solution-produced batteries that had a potential for fire risk. It previously said production would be down through December.

“We will continue to inform employees at the appropriate time of any additional production schedule adjustments, as we continue to focus on battery module replacements,” Flores said.

GM is prioritizing replacing the 141,000 recalled Bolts with new battery modules. The automaker restarted production for two weeks in November to make replacement Bolts for customers having their Bolts fixed. Production went down again the week of Nov. 15.

Ford has said it intends to double its EV capacity to 600,000 vehicles globally within two years and become the No. 2 EV maker behind Tesla, though long-term it wants to be No. 1. Through November, it sold 24,791 units of the all-electric Mach-E and is slated to begin deliveries soon of an all-electric version of its Transit commercial van. With the Mach-E notching a couple thousand sales each month, it’s on track to overtake Bolt sales for the year.

On the truck side, a key profit driver for Ford, sales were up 4.6%, with 82,231 units moved. The automaker said its flagship F-Series pickup was on track to lead the truck market in the U.S. for the 45th straight year, with November sales of 60,418 units, up 14.6%. Ranger, E-Series, Transit and Transit Connect sales all were down. Heavy trucks were up 23.4%.

Ford’s new compact pickup, Maverick, notched 2,582 sales last month, down from 4,140 in October, the first full month it was on sale.

Lincoln brand sales were down 23.4% in November.

Ford to Go All Electric in Europe by 2030