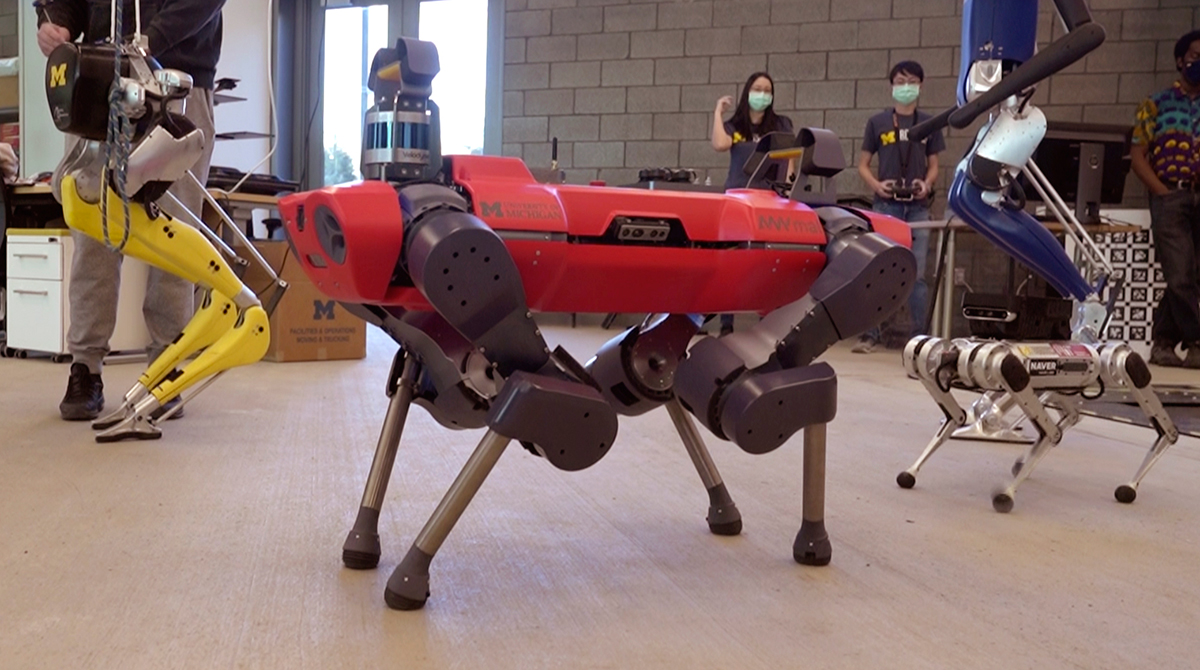 ANN ARBOR, Mich. — Digit marches on two legs across the floor of the University of Michigan’s Ford Motor Co. Robotics Building, while Mini-Cheetah — staccato-like — does the same on four and the yellow-legged Cassie steps deliberately side-to-side.

A grand opening was held March 16 for the four-story, $75 million, 134,000-square-foot complex. Three floors house classrooms and research labs for robots that fly, walk, roll and augment the human body.

On the top floor are Ford researchers and engineers and the automaker’s first robotics and mobility research lab on a university campus.

A pinnacle of partnership just opened. What a groundbreaking collaboration and innovative approach to robotics! @Ford @UMengineering @UMich https://t.co/aLXPUfL9oL #Robotics

Together, they will work to develop robots and roboticists that help make lives better, keep people safer and build a more equitable society, the school and automaker announced March 16.

“As we all drive and use our vehicles and go about our day-to-day lives, I’m sure all of us have moments in our day where we could use a little help or a little assistance,” said Ken Washington, Ford’s chief technology officer.

“We are going to be working on drone technology, walking robots, roving robots, all types of robots in this facility and the ways in which they can make people’s lives better,” Washington added. “And we’ll do it in a way that addresses questions and fears around safety and security. The more people see how these robots can interact with society and interact with humans, the more comfortable they’ll get with them.”

The building on the university’s Ann Arbor campus brings together researchers from 23 buildings and 10 programs into one space. Those working on two-legged disaster response robots can test them on a 30 mph treadmill studded with obstacles or on a stair-stepped “robot playground” designed with the help of artificial intelligence.

“We want them to be able to operate in realistic situations ... you get out in the real world where there’s rolling, twigs,” said Jessy Grizzle, the Robotics Institute director. “There’s rocks. There’s boulders. There’s holes that you can’t see because the grass is cut flat, and then you want your robots to respond well and stay upright just like a human would.”

Dearborn, Mich.-based Ford and other automakers are investing billions of dollars in autonomous vehicles, and robotics is expected to play a major role in their development. Ford announced in February an autonomous vehicle investment of $7 billion, from sensing systems to specific research into applications such as Digit, a spokesman said.

In November, Ford revealed plans to transform a long-vacant Detroit book warehouse into a hub for automobile innovation. Detroit’s Corktown neighborhood is the site of Ford’s planned $740 million project to create a place where new transportation and mobility ideas are nurtured and developed.

People one day may see a robot similar to Digit emerge from a driverless vehicle, stroll across their lawn and leave a package at the door of homes in their neighborhood, according to Washington. 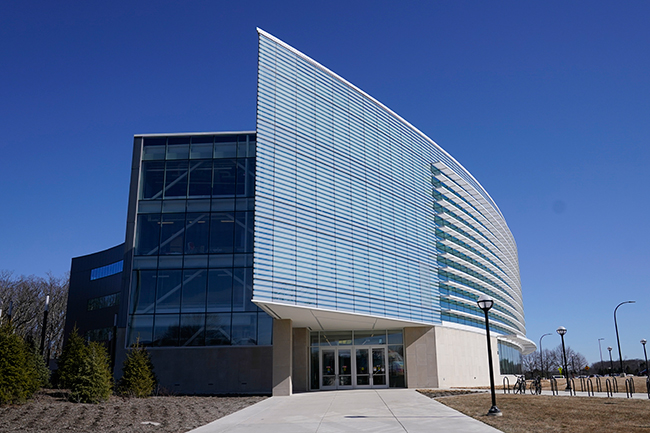 “This is an exciting proposition, especially in this post-COVID era where the promise of doing shopping online has become just sort of the norm,” he said. “As you think about a future where package delivery is going to be part of daily life, this is a real opportunity for us to pair a robot with an autonomous vehicle to help solve the problem of package delivery at scale.”

“It’s not here today, but you can be pretty certain that it’s coming in the not-too-distant future,” Washington said.

Researchers working together in the building are designing robots for people, said Alec Gallimore, dean of engineering at the University of Michigan.

“Robots aren’t people and people aren’t robots, but we think — together — there can be synergy,” Gallimore said. “So, we’re designing robots that are going to help you. First responders for example. Can we put robots in harm’s way so we don’t have to have people there?”

Ford contributed about $37 million to the cost of the robotics building that also features a three-story, indoor fly zone to test drones and other autonomous aerial vehicles indoors; a yard designed with input from scientists at the university and NASA to test vehicles and landing concepts on a landscape mimicking the surface of Mars.

The University of Michigan and Ford also are working with two historically Black colleges in Atlanta, Morehouse and Spelman, allowing students there to enroll remotely in a pilot robotics course.