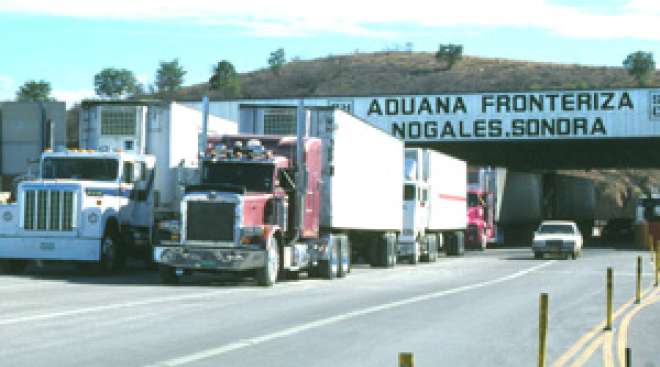 The Federal Motor Carrier Safety Administration said Friday it has granted permission to the first Mexican carrier to operate in the United States under the two countries’ cross-border trucking program.

As part of the agreement reached earlier this year, Mexico will lift the remaining half of the $2.4 billion retaliatory tariffs against American agricultural and consumer products, FMCSA said.

“This is a big win for American farmers and consumers, who will no longer have to struggle with onerous tariffs imposed by Mexico,” Transportation Secretary Ray LaHood said in a statement.

FMCSA said it granted operating authority to Transportes Olympic after a review of the carrier’s Mexico operations to ensure that its trucks comply with all FMCSA safety and operating standards.

Transportes Olympic — headquartered in Apodaca, a suburb of Monterrey in the Mexican state of Nuevo Leon — was the first Mexican company to be granted operating authority during the previous cross-border demonstration program in 2007.

“To be the first company, again, to enter into this pilot program, is quite an accomplishment for us,” Guillermo Perez, transportation manager for the company, told Transport Topics on Friday.

“This is proof that we can be on the same level as some companies from the United States,” he said.

The flatbed carrier plans to run its first cross-border trip under the program at the end of next week, Perez added.