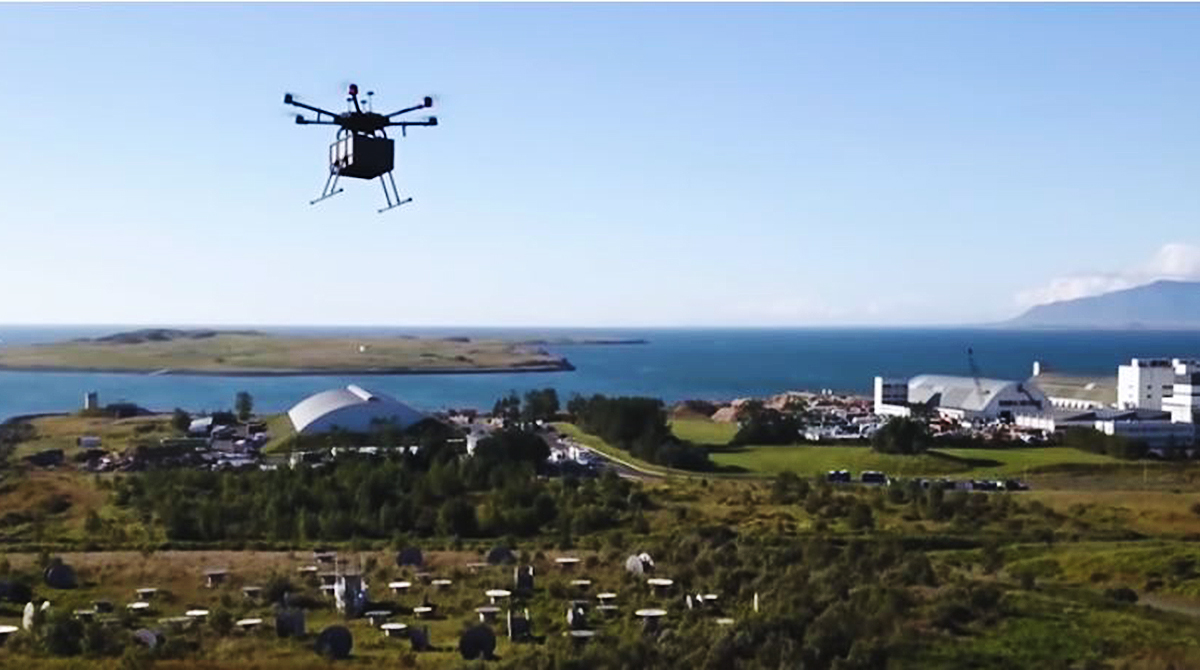 A Flytrex drone makes a delivery. (Flytrex via YouTube)

Drone-delivery technology company Flytrex announced it has raised $7.5 million in Series B funding, according to a Jan. 8 press release. This round brings the company’s total to $11 million.

Most of the new funds will go toward establishing an on-demand delivery network in Holly Springs, N.C., according to Amit Regev, co-founder and vice president of product. Flytrex is working with the North Carolina Department of Transportation and the Federal Aviation Administration to open a distribution center to service nearby backyards in about a 3-mile radius.

Regev wrote in an e-mail that it was difficult to tell when the center — which will be situated in a shopping mall — will open. He said it would be the world’s first commercial drone-delivery distribution center, which requires FAA approval. Flytrex hopes to begin operating its first delivery route in the first quarter of this year.

The Series B funding round was led by Silicon Valley-based Benhamou Global Ventures, with additional investment from European venture capital firm btov.

“This investment is a vote of confidence in Flytrex’s ongoing success propelling the drone industry forward and in our vision of making UAV delivery the rule rather than the exception,” co-founder and CEO Yariv Bash said.

The company markets its solution as “a boon for smaller and midsize retailers looking to keep pace with the e-commerce giants as they now have access to an affordable and efficient drone-based service that will meet consumers’ ever-growing demand for faster deliveries.”

Drone Demo Offers a Taste of the Future of Delivery