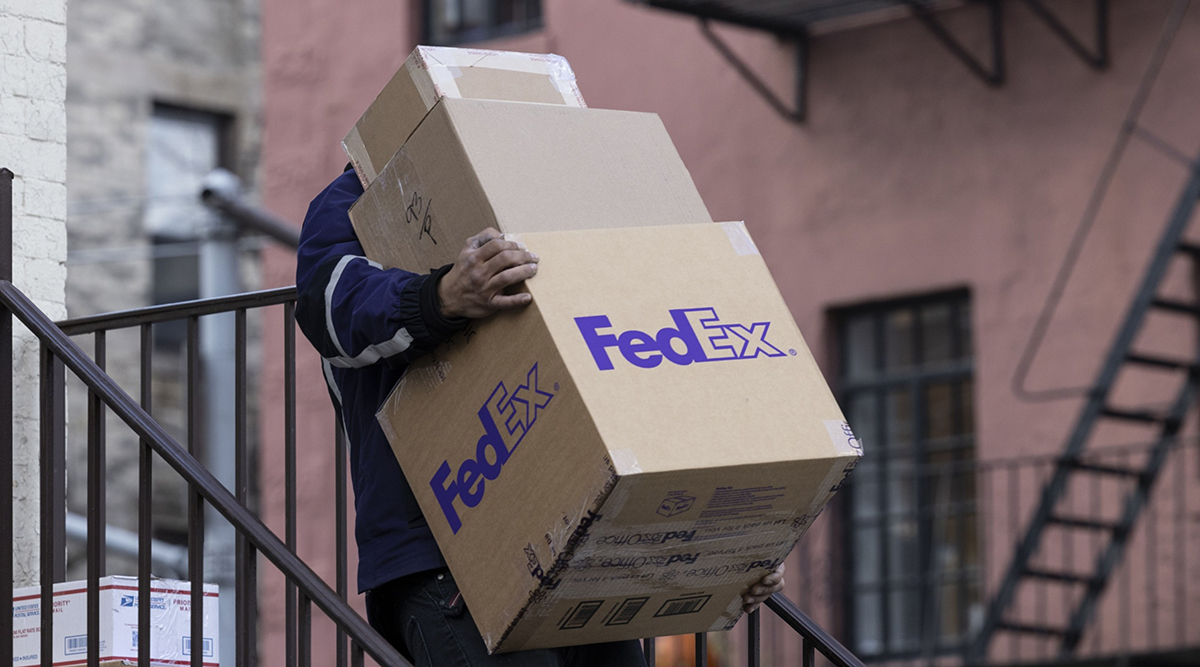 FedEx Corp. plans to scale back Sunday delivery service in far-flung areas of the U.S., the latest evidence that the e-commerce surge spurred by COVID-19 is ending.

The courier’s Ground unit will pare service in rural and lightly populated areas, reducing its coverage to about 80% of the population from 95% now, according to a statement July 21.

The 6,000 small companies that deliver packages for the Ground unit have been complaining that they are losing money because of rising costs. On July 20, one large contractor called for Sunday service to be scrapped and for an extra payment to cover rising expenses for fuel, wages and vehicles.

FedEx accelerated the rollout of Sunday service in 2020 to handle an historic increase of residential deliveries after COVID-19 spurred lockdowns.

Volume at the Ground unit jumped 33% for the quarter ending in August 2020, during the height of the pandemic. In the latest quarter, the company reported the unit’s package volume fell 6.2%.

It’s unclear what role the contractors’ complaints played in the decision to scale back Sunday service, which CEO Raj Subramaniam touted as a competitive advantage during an investor meeting in Memphis, Tenn., last month.

Spencer Patton, who has about 225 FedEx Ground delivery routes in 10 states, said his estimates show that the company was losing as much as $500 million a year on Sunday deliveries because the volume wasn’t high enough to run sorting hubs efficiently.

The low volume on Sundays also makes the contractors less efficient and creates problems for scheduling drivers, Patton said as part of his drive to get FedEx to increase its compensation for contractors.

In 2019, FedEx announced that it would begin Sunday service year-round in January 2020 after doing seven-day deliveries only during the peak holiday season. UPS Inc. relies mostly on the U.S. Postal Service for its Sunday deliveries.