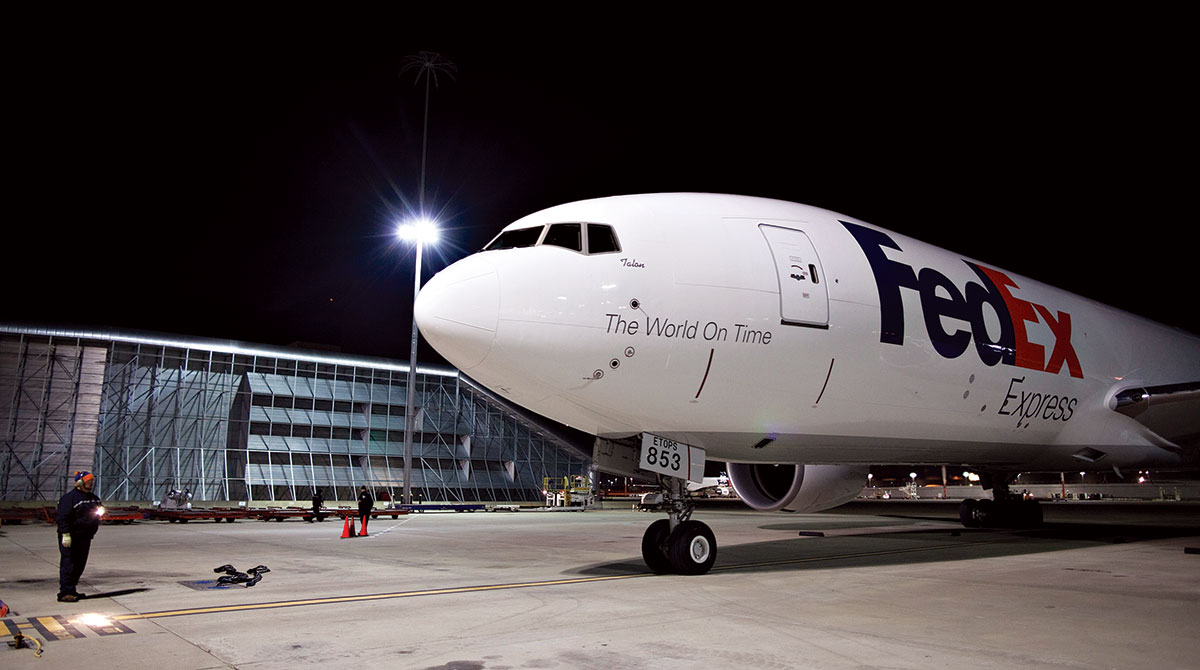 The $72 million addition, two years under development and roughly the size of two football fields, doubles the hub’s size to 282,000 square feet.

The facility primarily focuses on imports and exports to and from Latin America, flying direct to key markets such as Colombia, Mexico and Central America.

Before the pandemic, FedEx projected it would transport an average of 100 million packages a day by 2026. The expansion is expected to help the company reach that daily volume in 2022. Close to 90% of that increased shipping demand is from e-commerce, which has accelerated sharply during the coronavirus pandemic when consumers are buying even more goods and services online.

“We believe this investment positions us well for growth in Miami and the volume of business we do in South Florida,” said Juan Cento, FedEx’s regional president for Latin America and the Caribbean.

One of the main items that moves through the hub are flowers, since the Miami airport is the largest gateway for imported flowers in the United States, mostly from Colombia and Ecuador. Other key items passing through include frozen and fresh seafood from places like Chile and the Caribbean, plus meats, fruits, vegetables and pharmaceuticals. The hub includes FedEx’s largest cold storage section, covering 70,000 square feet — the equivalent of 33 tennis courts — of refrigerated and frozen storage.

Christine Boldt, executive vice president of the Association of Floral Importers of Florida, said the slowdown in air traffic during the pandemic has caused big problems for the flower industry.

“We had major logistic challenges during pandemic. It had a real impact on flowers (delivered) overnight and on what we could bring in,” she said, explaining that flowers are generally shipped on planes to the U.S. within a couple days of getting cut at farms.

Boldt was cautiously optimistic about the expanded FedEx Miami air cargo center. For Florida flower importers, the issue hasn’t been facility space, but the lack of airplanes to bring the perishable flowers from Colombia and Ecuador to Miami, she said.

“Having another airline expand their facility is great, but how many more planes to actually get them here? It’s not a lack of space, it’s lack of planes,” Boldt said.

FedEx did not respond to questions regarding whether additional aircraft were added to the Miami hub, as part of the building enlargement.

The expansion was finished while the United States contends with protracted and unprecedented supply chain problems. While the hub will boost transportation of perishable goods from Miami, air cargo only makes up a small fraction of the goods coming into the country.

“For air shipment, this is a big deal. It will definitely make a dent in the market, but only in the air cargo market,” said Senthil Veeraraghavan, a professor of manufacturing and logistics at Wharton Business School at the University of Pennsylvania in Philadelphia.

Non-perishable goods, everything from shoes to furniture, almost always come to the United States in huge slow shipping containers, since air shipping is much more expensive.

“Five years down the line, it will be a great advantage for Miami versus other points of entry,” he said of the much bigger FedEx air cargo complex.