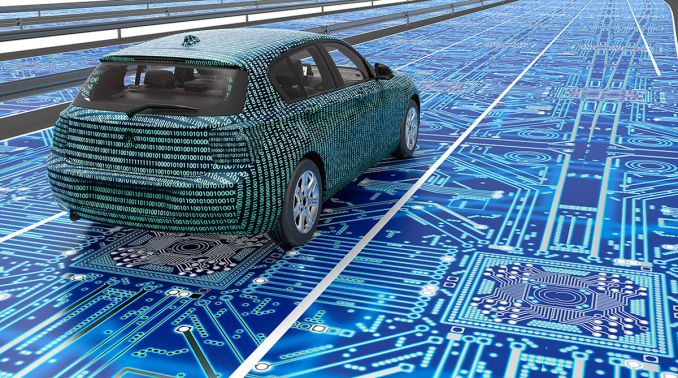 WASHINGTON — Congress needs to ensure autonomous vehicle technology operates under a national directive instead of a patchwork of guidelines from the states, a key House authorizer said Sept. 13.

Rep. Bob Latta (R-Ohio), sponsor of House-passed legislation on autonomous vehicles, emphasized the urgency in having Congress agree on a national road map on policy for autonomous cars and trucks. Such a road map would help improve safety and enhance freight connectivity, he argued.

While the House acted on legislation designed to facilitate the advancement of autonomous vehicles, his Senate counterparts have not taken up their version.

Joined @axios this morning to discuss self-driving cars and the importance of keeping innovation and investment in the U.S.

The House passed the #SELFDRIVE Act 1 yr ago, and the Senate needs to act in order to increase safety and improve mobility on our roadways.#axios360 pic.twitter.com/fWFDxz9ov9

Trucking policy is absent in both the House and Senate bills.

“We’re not really concerned about it as an immediate concern. But we look at this as driver-assist, not driverless,” Spear said. “We have pilots in planes for a good reason. You’re going to have drivers behind the wheel of trucks, certainly 80,000-pound vehicles.”

“In terms of displacing drivers, we’re not concerned about that,” Spear added.

Firms testing autonomous technology in Nevada, Ohio and Michigan, for instance, have signaled support for the congressional legislation.

At the U.S. Department of Transportation, meanwhile, the release of AV 3.0 is expected this fall. The policy update of autonomous technology guidelines would pertain to trucks, transit systems, cars and other modes, Secretary Elaine Chao said in August.

Rep. Bill Shuster (R-Pa.), chairman of the House Transportation and Infrastructure Committee, has examined autonomous technology throughout his tenure. During a recent visit to Carnegie Mellon University in his home state, the chairman said he received an update on self-driving cars from their researchers. Four years ago, Shuster hosted Carnegie Mellon University researchers for a demonstration of their driverless car near his office on Capitol Hill.

“Pittsburgh is at the forefront of autonomous vehicles, and I continue to be amazed at what [Carnegie Mellon University], Ford, Uber and others are doing with the development of this technology,” Shuster told Transport Topics in a statement on Sept. 14.

Last year, ATA announced policy positions on the emergence of automated driving technologies. The trade federation emphasized a need to promote highway safety, promote the flow of commerce and ensure federal officials are solely responsible for the regulations. It also stressed a need to ensure there are federal investments in infrastructure and connectivity to promote access to the technology.

Proponents of autonomous vehicles say mainstream introduction in the marketplace is about a decade away. The vehicles are designed to operate without direct human control through GPS or an intricate sensor system consisting of cameras, lasers or radar. There are six levels of automation, according to the Society of Automotive Engineers International. At level “0,” a driver has full control of the vehicle. At level “5,” the vehicle operates without any human involvement.