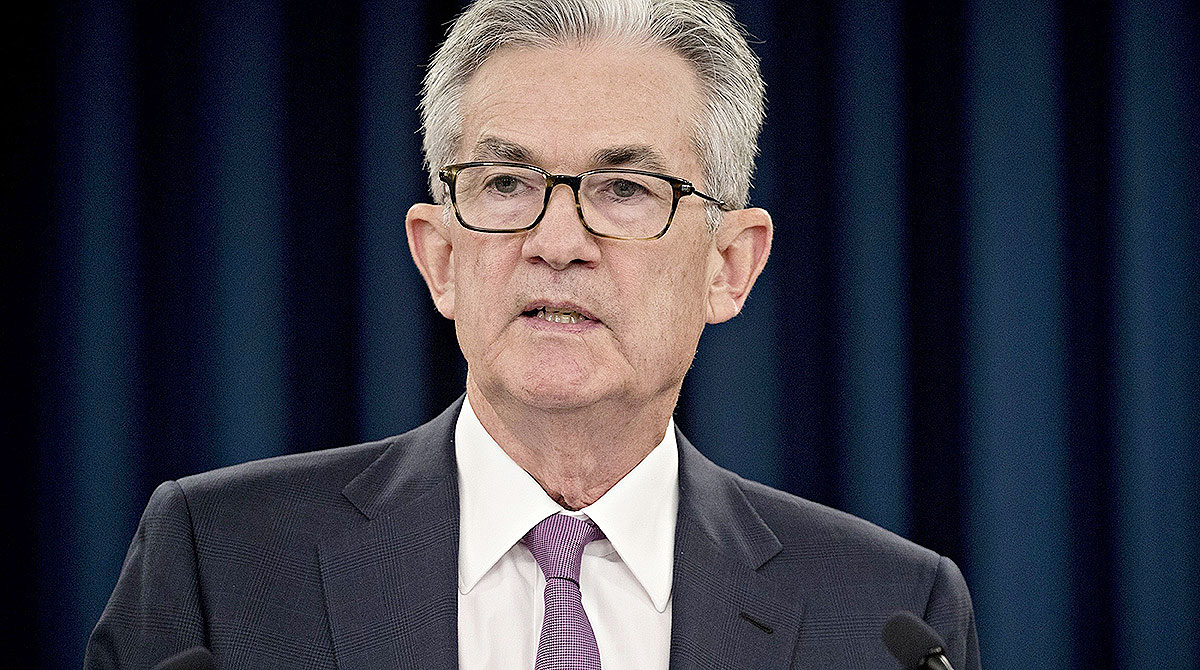 WASHINGTON — The Federal Reserve expressed concern July 29 that the viral outbreak will act as a drag on the economy and hiring in the coming months and said it plans to keep its benchmark short-term interest rate pegged near zero.

In a statement at the end of its policymaking meeting July 29, the Fed acknowledged that the economy has rebounded from the depths of March and April, when nearly all states closed down nonessential businesses. But it said the ongoing coronavirus pandemic “will weigh heavily on economic activity, employment and inflation.”

The Fed announced no new policies in its statement. It said it also will continue to buy about $120 billion in Treasury and mortgage bonds each month, which are intended to inject cash into financial markets and spur borrowing and spending.

“Economic activity and employment have picked up somewhat in recent months but remain well below their levels at the beginning of the year,” the Fed’s statement said.

In one of the few changes from their previous statement in June, the Fed policymakers added: “The path of the economy will depend significantly on the course of the virus” — an acknowledgment that uncertainty about when the health crisis might be solved has complicated the Fed’s ability to set interest rate policy. It’s an observation that Chairman Jerome Powell has made, in one way or another, for months as most states have succeeded only fitfully in controlling the virus and the ability of businesses to stay open.

Economists say the Fed has time to consider its next policy moves because short- and long-term rates remain historically ultra-low and aren’t restraining economic growth. Home sales have picked up after falling sharply in the spring. The housing rebound has been fueled by the lowest loan rates on record, with the average 30-year mortgage dipping below 3% this month for the first time in 50 years.

With the economy struggling just to grow, small businesses across the country in serious danger and unemployment very high at 11.1%, few investors expect the Fed to hike interest rates for perhaps years to come. After its previous meeting last month, the Fed had signaled that it expected to keep its key short-term rate near zero at least through 2022.

Beginning in March, the Fed has slashed its short-term rate, bought more than $2 trillion in Treasury and mortgage bonds and unveiled nine lending programs to try to keep credit flowing smoothly.

Since the Fed’s previous meeting in June, the pandemic’s threat to the economy has appeared to worsen. The number of laid-off workers applying for unemployment aid has exceeded 1 million for 18 straight weeks. Measures of credit card spending have declined. And companies that track small-business employment say the number of people at work has leveled off, far below pre-pandemic levels, after having risen in May and June.

Most analysts say they think the Fed’s next move will be to provide more specific guidance about the conditions it would need to see before raising its benchmark short-term interest rate from zero.

Economists call such an approach “forward guidance,” and the Fed used it extensively after the 2008-09 recession. Some Fed watchers expect no rate increase until 2024 at the earliest given the bleak outlook for the economy and expectations of continued ultra-low inflation. But by providing more certainty for investors about when a rate hike may occur, forward guidance can help keep longer-term rates lower than they might otherwise be.

The Fed will likely provide such guidance at its next meeting in September, economists say.

According to the minutes of their June meeting, “various” Fed officials felt it would “be important in the coming months ... to provide greater clarity” about the future path of rates.

One potential form of forward guidance would be for the Fed to announce that it won’t raise rates until annual inflation has reached or exceeded its target of 2% for a specific period. This would be intended to allow inflation to rise above 2%, to offset inflation that has fallen below that target nearly continuously since 2012. (Inflation is now running at just 0.5%, according to the Fed’s preferred gauge.)

In recent speeches and appearances, Fed policymakers have sounded largely pessimistic about the economy. Several, including Powell, warned in late May, as many states began allowing more businesses to reopen, that a resurgent virus could imperil any recovery.

Congress is in the early stages of negotiating an economic relief package that might extend several key support programs, such as an expiring unemployment benefit that is now paying out $600 a week. That benefit will likely be reduced in any final legislation.

For now, the two parties are far apart, and the federal jobless benefit will likely lapse for at least several weeks for about 30 million people who have been unemployed. That would likely slow consumer spending and weaken the economy.