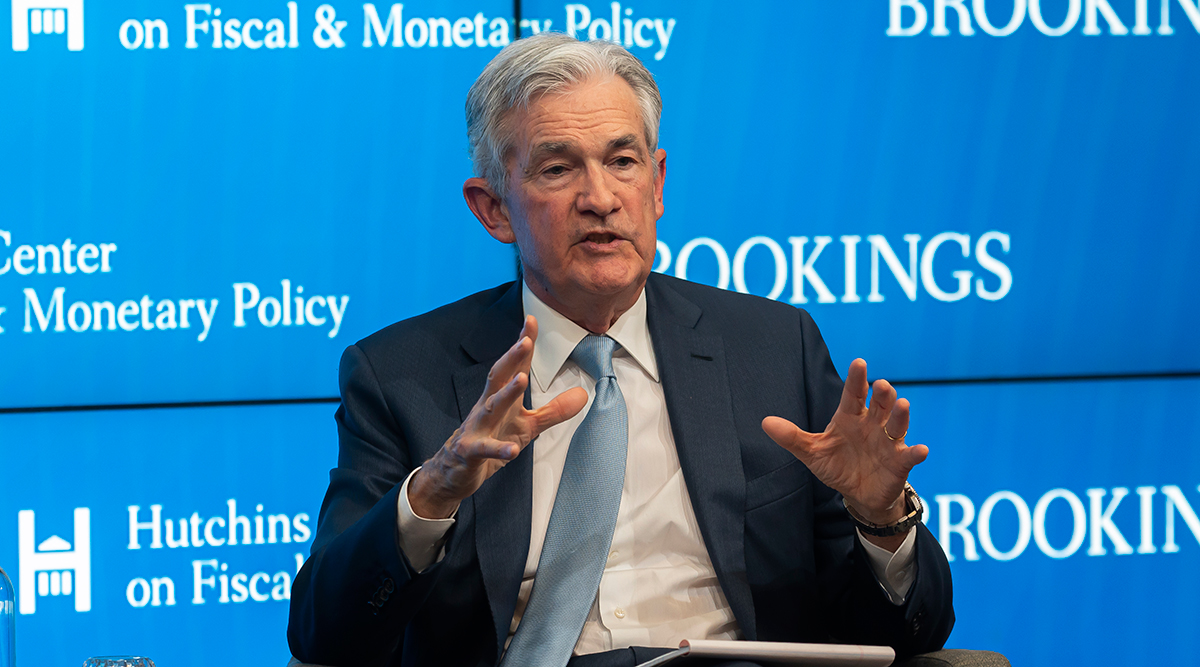 Federal Reserve Chair Jerome Powell speaks at the Hutchins Center on Fiscal and Monetary Policy at the Brookings Institute on Nov. 30 in Washington. (Nathan Howard/Associated Press)

WASHINGTON — The Federal Reserve will push rates higher than previously expected and keep them there for an extended period, Chair Jerome Powell said Nov. 30 in remarks likely intended to underscore the Fed’s single-minded focus on combating stubborn inflation.

Yet in a speech at the Brookings Institution, Powell also signaled that the Fed may increase its key interest rate by a half-point at its December meeting, a smaller boost after four straight three-quarter point hikes. Rate increases could then fall to a more traditional quarter-point size at its February and March meetings, based on previous Fed forecasts.

Powell said the Fed is seeking to increase its benchmark rate by enough to slow the economy, hiring and wage growth, but not so much as to send the U.S. into recession.

It has lifted the rate six times this year to a range of 3.75% to 4%, the highest in 15 years. Those increases have sharply boosted mortgage rates, causing home sales to plunge, while also raising costs for most other consumer and business loans.

“We think that slowing down at this point is a good way to balance the risks,” Powell said. “The time for moderating the pace of rate increases may come as soon as the December meeting,” which will take place Dec. 13-14.

Financial markets rallied in response to Powell’s suggestion that rate increases will slow. The S&P 500 jumped 122 points, or 3.1%. It had fallen before Powell spoke.

But Powell also stressed that smaller hikes shouldn’t be taken as a sign the Fed will let up on its inflation fight anytime soon.

“It is likely that restoring price stability will require holding (interest rates) at a restrictive level for some time,” Powell said. “History cautions strongly against prematurely loosening policy.”

Powell acknowledged there has been some good news on the inflation front, with the cost of goods such as cars, furniture and appliances in retreat. He also said that rents and other housing costs — which make up about a third of the consumer price index — were likely to decline next year.

But the cost of services, which includes dining out, traveling, and health care, are still rising at a fast clip and will likely be much harder to rein in, he said.

“Despite some promising developments, we have a long way to go in restoring price stability,” Powell said.

The Fed chair singled out strong hiring and wage gains as the main driver keeping services costs high. Paychecks, on average, have jumped about 5% in the past year, before inflation, the fastest pace in four decades. 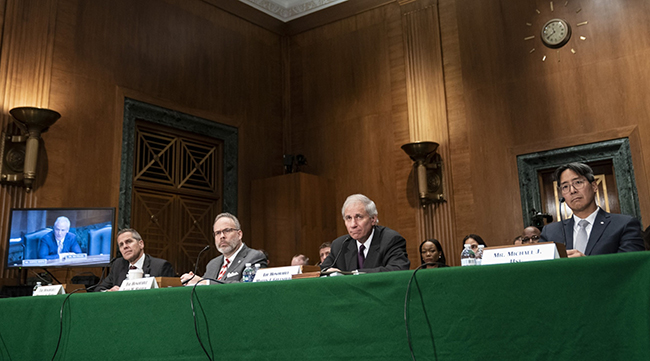 Michael Barr, vice chair for supervision at the U.S. Federal Reserve, from left, Todd Harper, chair of the National Credit Union Administration, Martin Gruenberg, acting chair of the Federal Deposit Insurance Corporation, and Michael Hsu, acting director of the Office of the Comptroller of the Currency. (Sarah Silbiger/Bloomberg News)

“We want wages to go up strongly, but they’ve got to go up at a level that is consistent with 2% inflation over time,” Powell said. Wage growth at about 3.5% a year would fit that criteria, he said.

Slowing the increases in paychecks will likely be difficult, he said, because robust wage gains are largely being driven by a labor shortage that began during the pandemic and shows no sign of ending soon.

Fed officials had hoped to see the number of people working or looking for work rebound more strongly as the pandemic waned, but that hasn’t happened.

The lack of workers reflects a jump in early retirements, the deaths of several hundred thousand working-age people from COVID-19, and a sharp decline in immigration and slower population growth, Powell said.

With the supply of workers limited, the Fed’s higher interest rate policies will have to reduce businesses’ demand for new employees to meet the lower level of supply, he added.

Economists generally expect that will mean rising layoffs and a higher unemployment rate, with the economy potentially falling into recession.

But Powell, in remarks during a question-and-answer session, held out hope that employers could cut the near record-high number of job openings they have posted, rather than lay off large numbers of workers.

According to a government report earlier Nov. 30, businesses have pared their job vacancies by about 1.5 million since March, though there are still about 1.7 open jobs for every unemployed worker. That ratio forces many companies to offer higher pay to attract and keep staff. 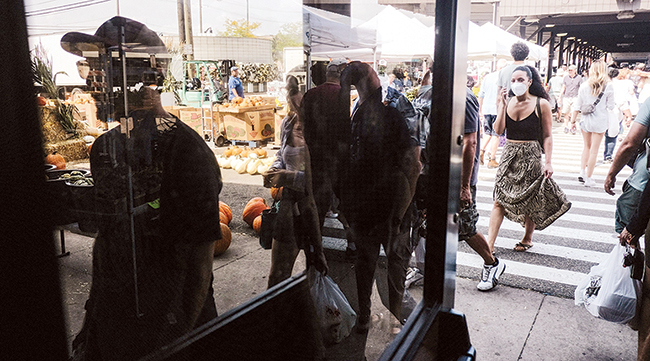 Shoppers at the Eastern Market in Detroit. Powell's comments on price stability indicates some areas of consumer spending are heading for lower prices, while others lag behind. (Matthew Hatcher/Bloomberg News)

Still, Powell said that employers could cut those openings further, while engaging in only limited layoffs, as the Fed’s rate hikes slow borrowing and spending.

“I do continue to believe there is a path to a soft or softish landing ... unemployment goes up, but it’s not a hard landing, it’s not a severe recession,” he said.

Last month’s inflation report showed that prices rose 7.7% in October from a year earlier, straining many families’ budgets. That is down, however, from a 9.1% peak in June.

Fed officials hope that by tightening credit they can slow consumer and business spending, reduce hiring and wage growth, and cool inflation. Powell said the Fed’s efforts have slowed demand, and will have to keep it slow “for an extended period.”