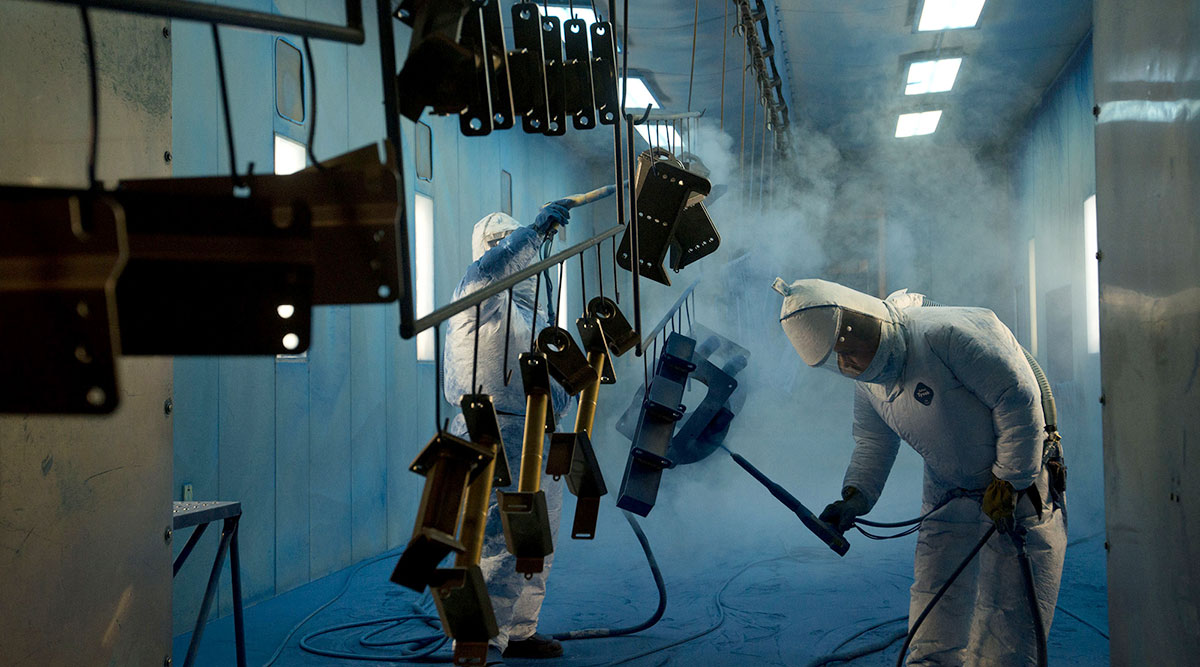 A gauge of U.S. factories fell in June to the lowest since late 2009 and hovered just above the threshold between expansion and contraction, the latest signal that the American industrial sector is losing momentum amid rising uncertainty.

The IHS Markit manufacturing Purchasing Managers’ Index slipped to 50.1 from 50.5, according to a preliminary report June 21 that trailed most estimates in Bloomberg’s survey of economists. A separate gauge for service providers edged down to a three-year low of 50.7, also falling short of projections.

The readings add to signs that the economy is slowing in the second quarter as President Donald Trump’s trade policies and weaker global growth weigh on businesses. The Federal Reserve this week downgraded its assessment of the economy and signaled that it is moving toward cutting interest rates. 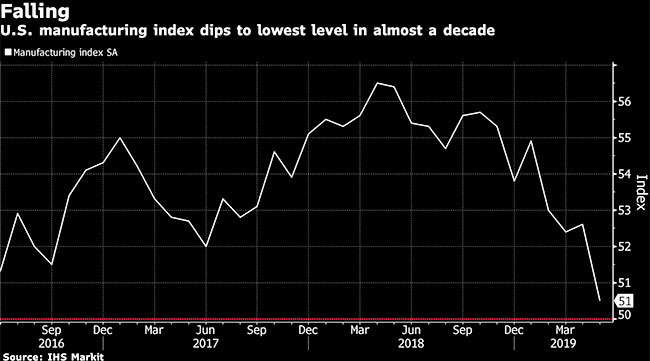 The report also noted that payroll gains among all industries were the weakest in two years. “Anecdotal evidence suggested that heightened economic uncertainty had acted as a brake on staff hiring,” IHS Markit said.

In addition, two-thirds of manufacturers attributed some or all of their raw material cost increases to tariffs.

Final June data are scheduled to be published on July 1 for manufacturing and July 3 for services.