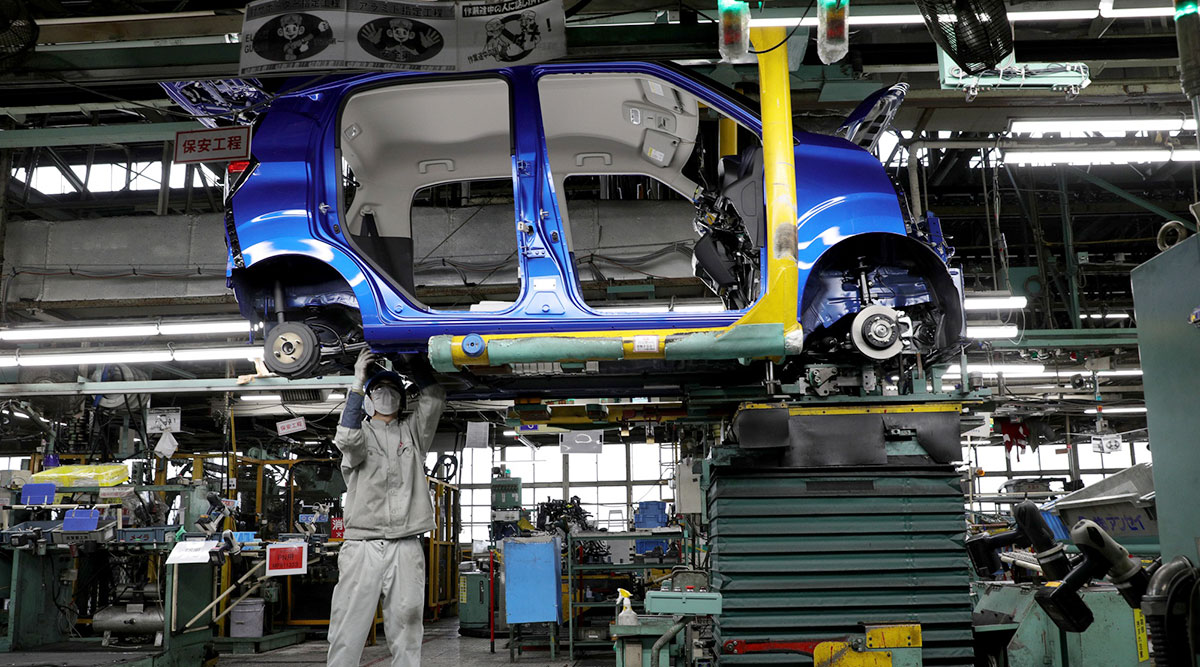 Global manufacturing took another knock last month from trade tensions, adding to concerns that the world economy is weakening.

The latest signs of factory weakness — in countries including South Korea, Germany and Japan — underscore the growing threat to the world economy posed by the escalating U.S.-China trade war. The reports came amid a fresh warning from Wall Street about recession risks.

In the United Kingdom, where Brexit uncertainty is proving an additional burden, manufacturing shrank for the first time in almost three years in May. That’s partly due to pullback after huge stockpiling before March 29, when Britain initially was due to leave the European Union.

President Donald Trump also has threatened Mexico with tariffs. On June 2, China released a document blaming the United States for a breakdown in trade talks and accusing it of unreasonable demands. Concern about the global outlook has fueled a flight to safety, boosting demand for bonds and pushing stocks lower. 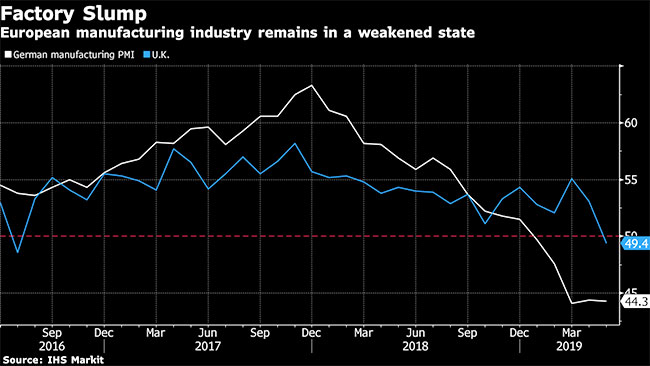 Morgan Stanley has warned that investors continue to underestimate the situation. It sees a global recession within nine months if Trump imposes 25% tariffs on an additional $300 billion of Chinese exports and Beijing retaliates.

“The last few weeks has undoubtedly unsettled investor confidence,” Julian Chillingworth, chief investment officer at Rathbones, said on Bloomberg Television. “The uncertainty that’s crept into investors’ thinking has occurred because of the unpredictability.”

In South Korea, the Purchasing Managers Index fell to 48.4 in from 50.2 in April, below the key 50 level. Survey respondents complained of poor sales to Japan and China, and noted slowdowns in the semiconductor and car industries.

China’s official PMI for May slid to 49.4, and an employment index tumbled to the lowest level since the aftermath of the global financial crisis. The Caixin manufacturing PMI for May released June 3 held at 50.2.

US Goods-Trade Gap Unexpectedly Narrows on Drop in Imports