FAA Warns 737s Sitting in Storage Are Corroding During the Pandemic 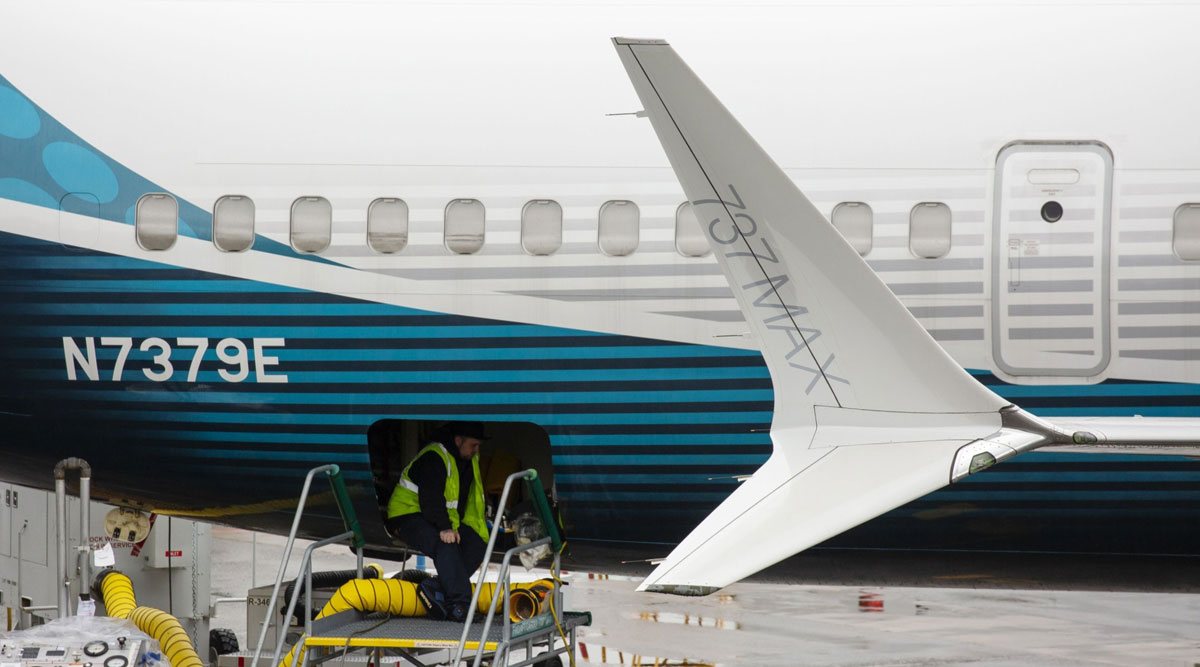 An employee works on a Boeing 737 Max 9 plane at the company's facility in Renton, Wash. (David Ryder/Bloomberg News)

Boeing Co. 737 planes in storage because of the coronavirus pandemic are at risk of losing power in both engines when they fly again and must be inspected, aviation regulators said.

The emergency order applies to older “Next Generation” and “Classic” versions of Boeing’s workhorse single-aisle jet, and affects about 2,000 aircraft in the U.S. The directive, dated July 23, was prompted by four instances in which a corroded valve caused one engine to shut down, the U.S. Federal Aviation Administration said.

Regulators mandated the inspections after airlines began bringing back some of the thousands of jetliners that were parked earlier this year as the pandemic all but erased travel demand. While there are detailed steps airlines must take to maintain planes in storage, the order suggests that the corrosion issue wasn’t previously known. The directive applies to aircraft that have flown 10 or fewer flights since being taken out of storage, and any jets still parked.

The order doesn’t apply to the latest version of the Boeing plane, the 737 Max, which has been grounded since March 2019 after two crashes killed 346 people. For the older aircraft needing the valve inspections, Boeing said it was helping operators handle any issues. Any plane that hasn’t flown for at least seven days must be checked.

“With airplanes being stored or used infrequently due to lower demand during the Covid-19 pandemic, the valve can be more susceptible to corrosion,” the planemaker said. “Boeing is providing inspection and replacement information to fleet owners if they find an issue.”

CFM International Inc., a joint venture of General Electric Co. and France’s Safran SA that makes engines for 737 jets, said it was working with Boeing on the matter.

“FAA’s action is related to a Boeing external bleed air valve that interfaces with the engine,” GE said.

Some 3,200 airliners — roughly half of the U.S. fleet — were parked as of mid-May after U.S. passenger traffic plunged to less than 10% of prior-year levels in April, according to Airlines for America, a trade group.

Carriers have since returned some of those jets to service as U.S. passenger volumes have inched up to about a quarter of last year’s levels. A third of all passenger jets in the U.S. remain idled in storage, according to the group.

Southwest Airlines Co., which flies only Boeing 737s, said it didn’t anticipate any disruptions because of the FAA order. The carrier had about 400 aircraft in storage in April, when travel demand was at its lowest. It now has just 100 stored or temporarily parked.

“While Southwest has not experienced the conditions described in the directive, we are currently reviewing the AD for applicability to our fleet,” said Brian Parrish, a spokesman for Southwest.

Only 19 of American’s 304 NG planes had been parked, with four falling under the FAA’s guidelines for inspections, the company said. Those checks were completed with no findings, and two additional planes being taken out of storage will also be inspected.

Aviation regulators in the European Union and India similarly ordered 737s to be checked for the issue. While the FAA doesn’t have authority in other countries, such inspection orders are almost always adopted by other regulators.

Alan Levin, Ryan Beene and Mary Schlangenstein were the primary contributors to this report.