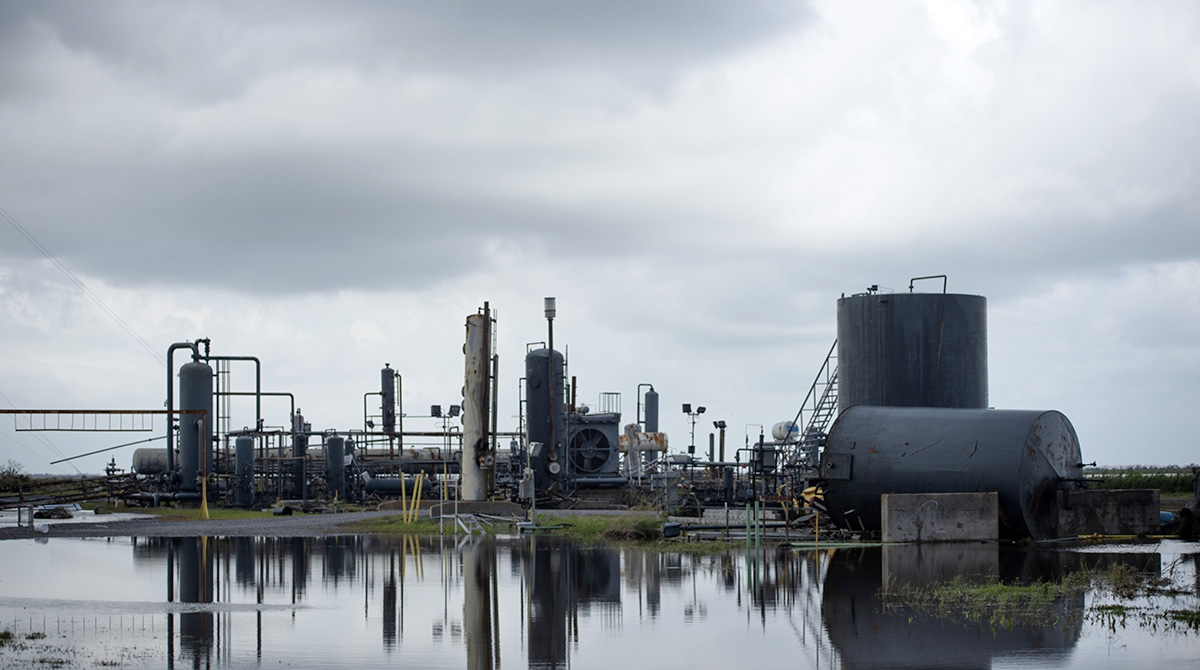 A refinery surrounded by water after Hurricane Ida near Cocodrie, La. (Mark Felix/Bloomberg)

ExxonMobil Corp. is tapping the U.S. Strategic Petroleum Reserve to revive gasoline production in Louisiana after Hurricane Ida left much of the devastated state’s refining and oil production offline.

Authorization to take 1.5 million barrels of crude from the government’s emergency stockpiles came after President Joe Biden said Sept. 2 the U.S. would use all the tools at its disposal to increase the availability of gasoline and ease pressure on prices at the pump.

“This is the first such exchange from the SPR in four years and demonstrates that the president will use every authority available to him to support effective response and recovery activities in the region,” the White House said in an email statement. 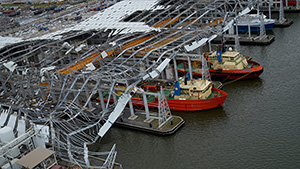 Four days after Ida swept through the region with wind gusts of as much as 150 mph, more than 90% of the Gulf of Mexico’s oil production was still shut Sept. 2. With refineries that represent nearly one-fifth of America’s crude-processing capacity, Louisiana is grappling with fuel shortages that are hindering relief efforts, while pushing up gasoline prices across the country.

The government-run supply of emergency crude — established in the aftermath of the Arab oil embargo in the 1970s and stored deep underground in salt caverns along the Gulf Coast — has been used a few times after hurricanes.

Exxon will use the crude for its Baton Rouge refinery in Louisiana, according to the Department of Energy. Similarly to a loan, the oil producer will need to return the same amount of oil to the government plus some premium barrels within two to three months.

The Baton Rouge refinery has begun the process of restarting its units, which were shut ahead of Ida, the company said Sept. 1.

“Our main focus has been to restore fuel production to supply gasoline and diesel needed in the local Louisiana market,” Exxon said in an email statement.

At least three companies have been shopping for crude grades they normally would get from platforms in the Gulf of Mexico, according to traders. The hunt for these scarce supplies have pushed up prices for Gulf oil grades such as Mars Blend to the strongest levels in months.

Royal Dutch Shell Plc said its offshore West Delta-143 facilities that serve as the transfer station for all production from assets in the Mars corridor were damaged, based on initial flyover assessments.

In addition to offshore logistics, one key piece of infrastructure that would need to swiftly return to aid production recovery is the Louisiana Offshore Oil Port. Known more commonly as LOOP, it receives crude flowing on pipes linked to offshore oil platforms. It had suspended deliveries ahead of the storm.

Two refineries in the Baton Rouge area initiated the restart process yesterday, although they will not be producing at full rates for several days.

LOOP handles as much as 15% of U.S. crude oil supply, and it also operates a marine terminal some 45 miles offshore that handles imports and exports of crude transported by tanker.

Meanwhile, pump prices are expected to reach the highest level in seven years going into the Labor Day weekend. About 12% of the nation’s crude processing capacity was shut or reduced ahead of Hurricane Ida.

The national average price for regular unleaded gasoline rose about 1 cent Sept. 2 to $3.18 a gallon and is approaching the summer high of $3.19 set in early August. At that price, it will be the most expensive Labor Day fuel since 2014.

— With assistance from Jeffrey Bair and Ari Natter.