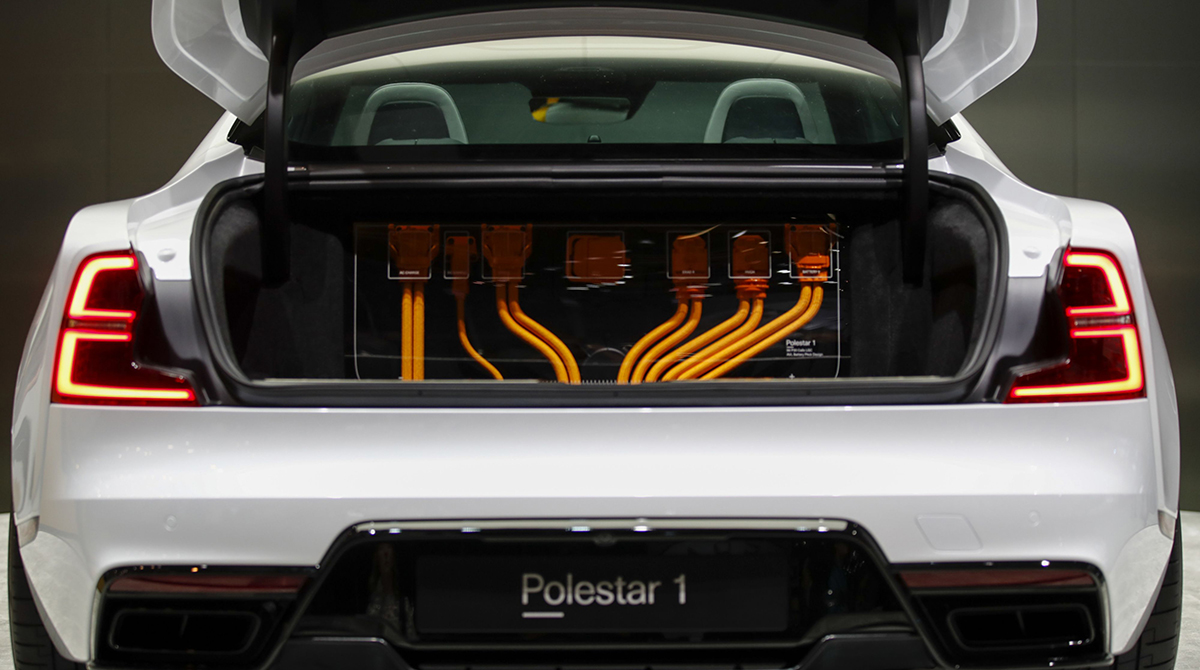 Cables sit in the trunk of a Polestar 1 electric automobile, manufactured by Volvo. (Stefan Wermuth/Bloomberg News)

Polestar, the electric vehicle maker backed by Volvo Car Group and actor Leonardo DiCaprio, agreed to go public through a merger with a blank-check company at a roughly $20 billion enterprise valuation.

The automaker founded four years ago by Sweden’s Volvo and its Chinese owner Zhejiang Geely Holding Group Co. will combine with special purpose acquisition company Gores Guggenheim Inc., according to a statement. Roughly $1.05 billion of proceeds will help Polestar bring three new models to market within the next three years.

Unlike other auto upstarts that have debuted via SPAC deal, Polestar has models on the market and access to an established carmaker’s production network. The transaction with Gores Guggenheim is a coup for Volvo and Geely Chairman Eric Li, who set up the brand with an eye toward drawing external investors as EVs begin to take off. Polestar is betting it can better sustain its valuation than other companies that have gone public chasing the success of Tesla Inc.

“This is not a startup that’s all alone out there,” Polestar CEO Thomas Ingenlath said in an interview. “Our speed of growth and our capability is linked to us having the access to the manufacturing footprint of the Volvo group.”

Volvo announced separately that it will invest as much as $600 million more in Polestar in connection with the Gores Guggenheim combination, giving it a close to 50% holding. Ingenlath declined to comment on how big a stake Geely’s Li and DiCaprio have in the company.

The Gothenburg, Sweden-based company’s second vehicle and first all-electric car, the Polestar 2, started production in March at Geely’s factory in Luqiao, China. In June, the company announced that the Polestar 3, an SUV, will be built in Volvo’s lone U.S. assembly plant in Ridgeville, S.C. That model will start at about $75,000 and be followed by a coupe version that tops out around that price, Ingenlath said.

Polestar is working on a third model, a sedan called the Precept, at its U.K. research-and-development center.

Gores Guggenheim, led by Chairman Alec Gores and CEO Mark Stone, is sponsored by affiliates of Gores Group and Guggenheim Capital. It raised $800 million in a March initial public offering and expects to close the deal with Polestar in the first half of next year.

Bollinger Motors to Build Battery Packs for Its Electric Trucks