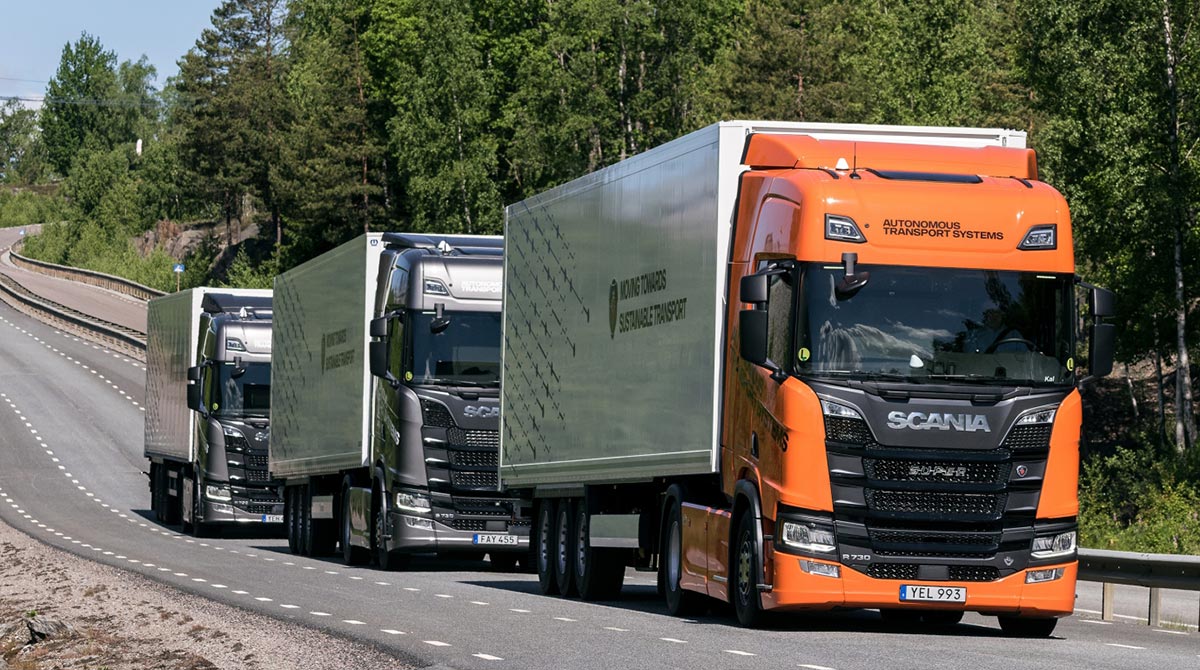 Truck maker Scania said Europe’s truck manufacturers have presented a detailed timeline of steps leading up to the introduction of convoys of semi-automated trucks on Europe’s motorways before 2025. At the same time, similar U.S. efforts are emerging.

Platooning involves a line of closely spaced trucks linked by wireless communications operating in unison, with the lead truck setting the speed and transmitting braking signals to the rest of the platoon. It is intended to improve fuel efficiency and safety, experts said, and may involve the following drivers steering or not, depending on the application.

“The technology for platooning with trucks of the same brand is already available today. But clearly, customers will need to be able to platoon with trucks of different brands, so our next objective is to introduce multibrand platooning,” Erik Jonnaert, secretary general of the European Automobile Manufacturers’ Association, said in a statement after he introduced the road map to the European Parliament.

By 2023, it should be possible to drive across Europe on motorways with multibrand platoons without needing any specific exemptions for crossing national borders — a prerequisite for international transport, Scania said.

Subsequently, allowing the driver of a trailing truck to rest might come under consideration.

In Europe, truck makers are taking the lead with platooning, said consultant Richard Bishop, who is chairman of the Technology & Maintenance Council’s task force on automated driving and platooning for American Trucking Associations.

“Additionally, the EU regulatory side is really well-organized to work these aspects across multiple countries. Regional clusters of states focused on platooning are just starting to get off the ground,” Bishop told Transport Topics, adding that “nimble” trucking fleets will move to platooning quickly in the United States.

“This is really a safety-critical system” that also produces fuel savings for the trucks involved, Switkes said, adding that the better-braking truck will always be in the back.

Initial preorders will be filled by the end of the year, he said. “The major rollout in large quantities will be through next year.”

With its system, trucks from different fleets using the Omnitracs telematics package also will be able to platoon together, he said. The partnership, for example, will verify the braking systems of the trucks and the required maintenance standards Peloton insists on. Omnitracs is an investor in Peloton.

While Scania said it and other manufacturers already are exploring the business case for truck platooning with the logistics sector, certain conditions that need to be met before 2023 are beyond the control of the European truck industry.

“That’s why we will also need to strengthen cooperation between all players involved, including operators of road infrastructure, transport companies, regulators and insurance companies, but policymakers in particular,” Jonnaert said.

Europe also will need to create a supportive regulatory framework before truck platooning can become a common sight, Jonnaert said. “And that’s exactly where the policymakers come in. They will need to develop new rules, make changes to existing legislation and harmonize international and EU rules.”

Fully autonomous trucks will come only later, he added.