European Nations Plan to Use More Hydrogen for Energy Needs 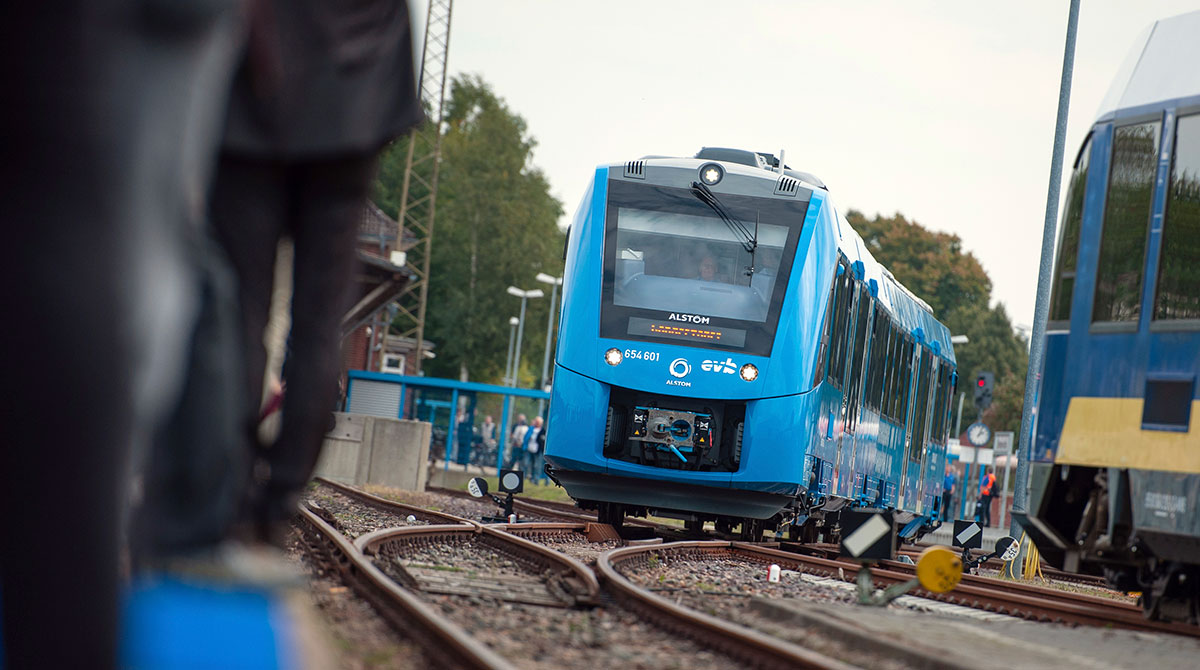 A fuel cell train powered by hydrogen arrives in Bremervoerde, Germany. It is one of two trains that will go into regular service in 2019. (Philipp Schulze/dpa via AP)

BERLIN — Dozens of European countries are backing a plan to increase the use of hydrogen as an alternative to fossil fuels to cut the continent’s carbon emissions.

Energy officials from 25 countries pledged Sept. 18 to increase research into hydrogen technology and accelerate its everyday use to power factories, drive cars and heat homes.

The proposal, which was included in a nonbinding agreement signed in Linz, Austria, includes the idea of using existing gas grids to distribute hydrogen produced with renewable energy.

The idea of a “hydrogen economy,” in which fuels that release greenhouse gases are replaced with hydrogen, has existed for decades. Yet uptake on the concept has been slow, compared with other technologies.

Advocates of hydrogen say it can solve the problem caused by fluctuating supplies of wind, solar, hydro and other renewable energies. By converting electricity generated from those sources into hydrogen, the energy can be stored in large tanks and released again when needed.

Electric vehicles also can use hydrogen to generate power onboard, allowing manufacturers to overcome the range restrictions of existing batteries. Hydrogen vehicles can be refueled in a fraction of the time it takes to recharge a battery-powered vehicle.

The European Union’s top climate and energy official said hydrogen could help the bloc meet its obligations to cut carbon emissions under the 2015 Paris accord. Miguel Arias Canete told reporters it also could contribute to the continent’s energy security by reducing imports of natural gas, much of which comes from Russia and countries outside of Europe.

Kirsten Westphal, an energy expert at the German Institute for International and Security Affairs, said encouraging the use of hydrogen as a means of storing and transporting energy makes sense but added the overall goal should be reducing fossil fuels rather than pushing a particular energy alternative.