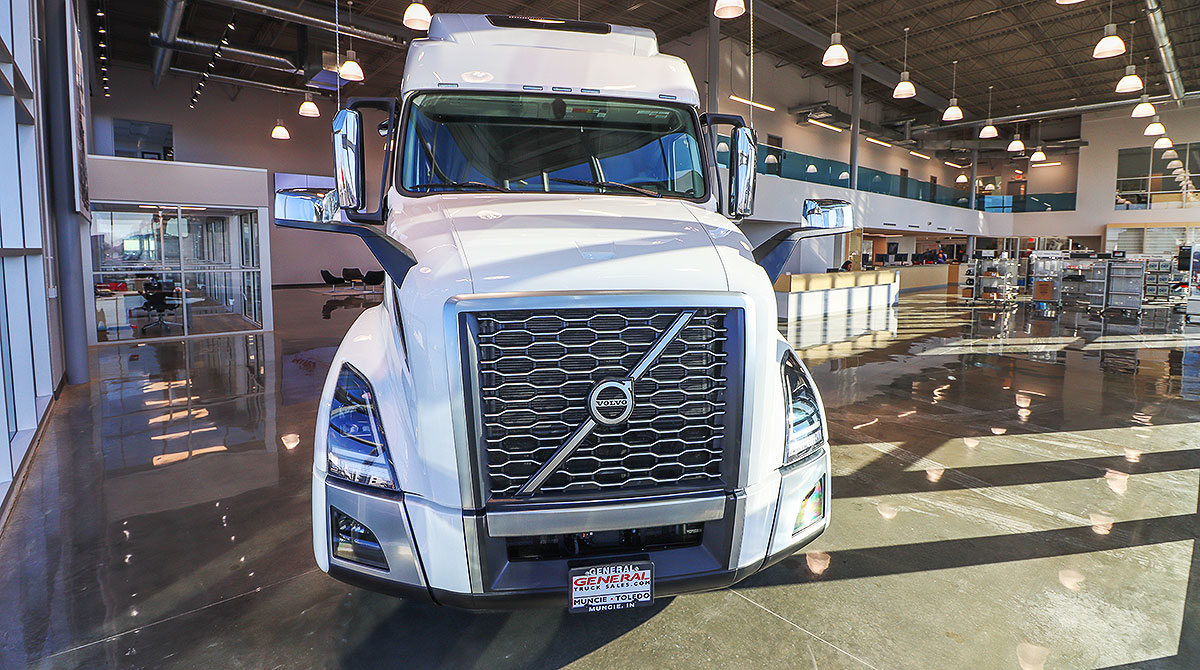 To compensate for a slowdown in new equipment sales, truck dealers are turning their attention to parts and services as well as other revenue and profit generators.

While dealers generally expect the truck market to remain relatively cool through most of this year, they said they are accustomed to the cyclical nature of the business and make it a practice to take the long view. Some are opening new dealership locations, or, in some cases, smaller facilities tailored to parts and service.

Steve Bassett, owner of General Truck Sales, said his focus this year will likely lean toward parts and service, outside sales and contract maintenance.

At the ATD Show 2020 Sunday general session, 2020-2021 ATD Chairman Steve Bassett will announce his goals and platform for ATD during his term. Plus, find out who will be named 2020 Truck Dealer of the Year! Learn more: https://t.co/Cqbp16fjNk pic.twitter.com/cpavgcn6tN — Truck Dealers (@TruckDealers) January 30, 2020

The company, which sells Volvo, Mack, Hino and Isuzu brand trucks, operates dealerships in Muncie, Ind., and Toledo, Ohio, and in October opened a new location on the north side of Indianapolis.

When truck sales are down, parts and service and body shop business are up “because people are repairing trucks instead of buying them,” Bassett said, adding that the inverse is also true. “It’s kind of a seesaw.”

The distinction to be made with the current seesaw, Bassett said, is that this downturn follows an exceptionally strong truck sales market.

“It’s just a return back to a normal level — let’s call it a sustainable level,” said Bassett, who is also vice chairman of the American Truck Dealers trade group.

The build rate of a year ago was unsustainable, he said. “It was just over-the-top crazy.”

Despite cooler demand for new equipment, some dealers recently have opened new parts and service locations.

In January, for example, Kenworth Mid Atlantic expanded its operations with a new, full-service location in Westminster, Md., while Sioux Falls Kenworth added a parts and service dealership in West Point, Neb. 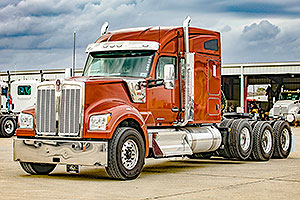 In the short term, however, the influx of new trucks put into operation could reduce demand for parts and service because newer vehicles require less repair work and fewer replacement parts than older ones, said Scott Oliphant, president of Kenworth of Louisiana and head of the Kenworth Dealers Council.

Some warranty work on new trucks can be expected, Oliphant said, “but generally speaking, newer trucks are more reliable, so we will see a little less service work out of that.”

At the same time, many truck dealers are sitting on too much inventory, he said.

“Pricing is feeling pressure — on both new and used,” Oliphant said. “I think it’ll be like that until some of this inventory works its way through the system. There’s going to be a little pain.”

Kenworth of Louisiana operates several locations in the state.

“Our dealerships, specifically, did not ride quite the wave that some of the others did,” Oliphant said. “It was a good year for us, but we didn’t have fleets that stepped up and ordered 400 more trucks than they ordinarily would have.”

That’s because the company’s customer base consists mainly of vocational, oil field and smaller fleet operators, he said.

For years, Kenworth of Louisiana had a salvage department.

“We sold transmissions, rear ends, things like that,” Oliphant said. “We’ve folded that in with our parts and service departments. I’m sure we’ll still have some work related to that just because we have some inventory,” he said, but with “the complex wiring architecture on newer trucks,” the business of fitting older parts on newer equipment is not as viable as it once was. 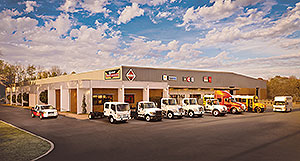 “Ultimately, they want to have an absorption ratio in excess of 100%,” said Lawrence De Maria, an industry analyst and researcher with William Blair.

The rising adoption of truck telematics and remote diagnostics services will play an important role in boosting the profitability of dealers’ parts businesses, De Maria said.

“In this next down cycle I think there will be a greater focus on using telematics to ensure that the dealers of a particular OEM have a better chance to get greater capture of their aftermarket parts and thereby drive higher absorption ratios at the dealers,” he said.

Industry analyst Stephen Volkmann of Jefferies said dealers want to cover as much of their ongoing costs as possible through parts and service.

“A really good truck dealer is covered 100%, which means that anything they sell new or used is sort of gravy,” he said.

While absorption ratio is a key metric for most dealers, “it’s hard to turn that up,” Volkmann said. “The business is there or it’s not. You can’t make people replace parts.”

“They’ve been growing their parts sales [by] mid- to high-single digits now for two or three years,” he said. “They know that helps their dealers as well.”

An important part of OEMs’ and dealers’ strategies has been to sell more telematics services and connected vehicles, Volkmann said.

“They think it will help their capture rate on their own parts. Obviously they want their trucks back to them for service. That happens pretty well during the warranty period, but once the warranty rolls off [there is] leakage to third parties.”

Dealers, Volkmann said, hope these telematics services “can create a stronger bond and better retention of parts and service [after] the warranty period.”

An example is when a telematics system issues a warning that a water pump is going to fail in the next 10,000 miles, Volkmann said.

But even as technology helps to streamline truck maintenance and repairs, dealers still must plan for the peaks and valleys of new equipment demand.

“It’s a cyclical business,” Kenworth of Louisiana’s Oliphant said. “If you’re not prepared for these things you probably won’t last very long. We’ve been through them before, we’ll go through them again.”

“I think third-, fourth-quarter 2020 we might start seeing some improvement,” he added.