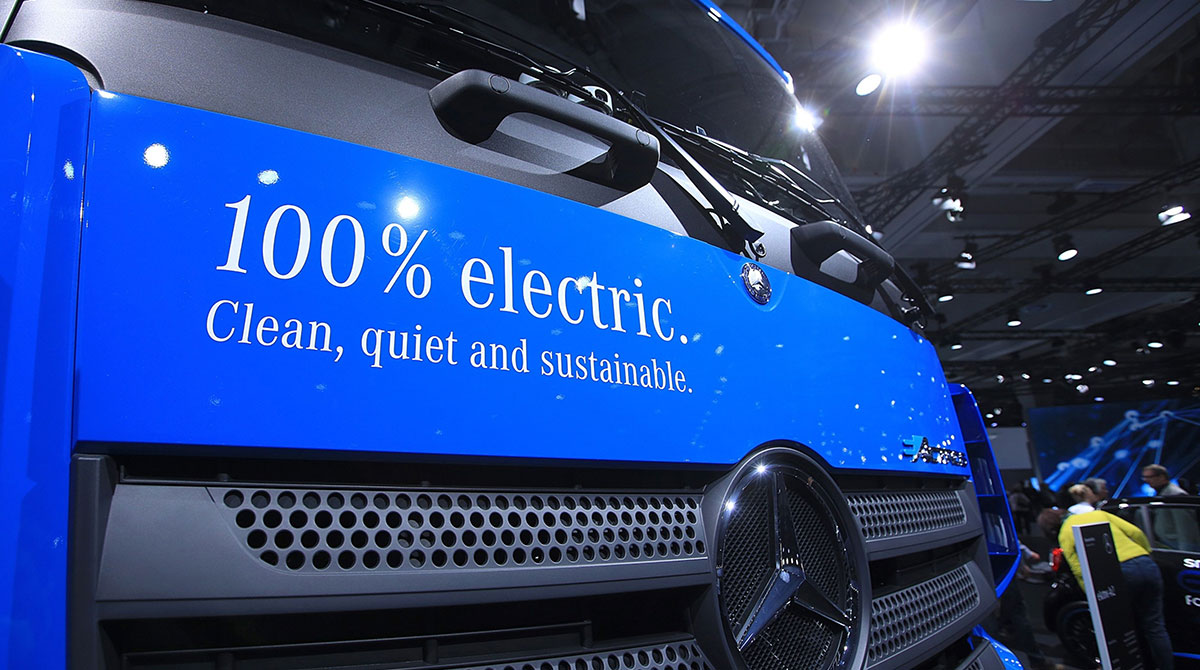 Broad adoption of heavy-duty electric trucks is looking closer than ever with manufacturers releasing new big rigs and the announcement that multi-megawatt charging is coming in 2024.

Attendees at the EVS 35 electric-vehicle conference in Oslo last week were able to check out a Scania truck charging at more than 1 megawatt. That’s roughly four times greater than what Tesla’s Model 3 can charge. Swiss industrials firm ABB showed off its new multi-megawatt charger it says will be ready for pilots next year and commercial deployment in 2024. That product boasts an impressive capacity of up to 3MW.

While multi-megawatt charging won’t be necessary for all electric truck journeys, more than 40% of freight activity in Europe happens on trips above 311 miles. That’s outside the range of most planned electric truck models, thus requiring at least one charging stop. Currently announced heavy-duty truck models such as Volvo’s FM range and Daimler Truck’s Freightliner eCascadia have battery capacities of around 450-550 kilowatt-hours and ranges that max out at around 400km. Pumping the power above the maximum 350kW available today will help drivers get on their way in minutes rather than hours.

The truck industry, relying heavily on diesel engines, faces tightening emission regulations as part of Europe’s so-called Green Deal, which aims to reach climate neutrality by 2050. While the availability of charging stations for electric passenger cars is increasing in many regions, a public infrastructure for heavy-duty, longhaul vehicles is essentially nonexistent. Electrifying big rigs will be key for tackling climate change as trucks account for around 19% of all road transport emissions in Europe. No wonder the European Commission is eager to get larger-scale charging networks up and running.

The latest regulation on alternative fuels infrastructure — first proposed in mid-2021 — requires countries to install truck charging stations on both sides of some 170,000 kilometers of European roads every 60 to 100 kilometers. Ambitions have increased in the amendment stages to require more chargers with a minimum capacity of 700kW, up from 350kW previously.

The region’s biggest truck makers are also investing in charging infrastructure. The European Commission on June 16 approved a joint venture between Volvo, Daimler Truck and Traton that plans to invest 500 million euros ($525 million) to set up 1,700 charging points across Europe by around 2027. Daimler Truck is involved in a similar initiative in the U.S., investing $650 million with Florida electric utility NextEra Energy and BlackRock to create a nationwide network of commercial-vehicle chargers.

Electric trucks are sitting higher on the agenda of manufacturers right now and have pushed hydrogen technology somewhat to the side — at least in the near future. It’s still important to put the positive momentum in the electric truck space into context.

Battery-powered rigs accounted for just 0.2% of global truck sales last year. Let’s zoom in on Volvo, one of the leaders in the space. The company says it had a 42% share of the European market for electric trucks in 2021, which consisted of only 346 registered vehicles. Volvo will start serial production of its heavy-duty electric rigs in the fall, the company said last month, adding that it took orders — including letters of intent to buy — for more than 1,100 electric trucks last year.

While the good news is that more models are coming to market, questions remain around the speed and cost of rolling out adequate charging infrastructure for big rigs. At the Eurelectric energy conference in Brussels last week, there was one issue mentioned again and again as a major hurdle for the transition toward cleaner energy and transport: the time it takes to get grid updates permitted and built.

When it comes to energy infrastructure, the European Commission has sprung into action following Russia’s invasion of Ukraine, suggesting measures to encourage energy efficiency, increase renewable-generation targets and tackle slow and complex permitting for clean-energy projects to pull them forward and reduce dependence on Russian fossil fuels.

A similar focus on speeding up grid connections for EV charging would accelerate the transition to cleaner trucking — and bolster efforts to protect the global climate.

US Zigs While Rest of the World Zags on EV Subsidies