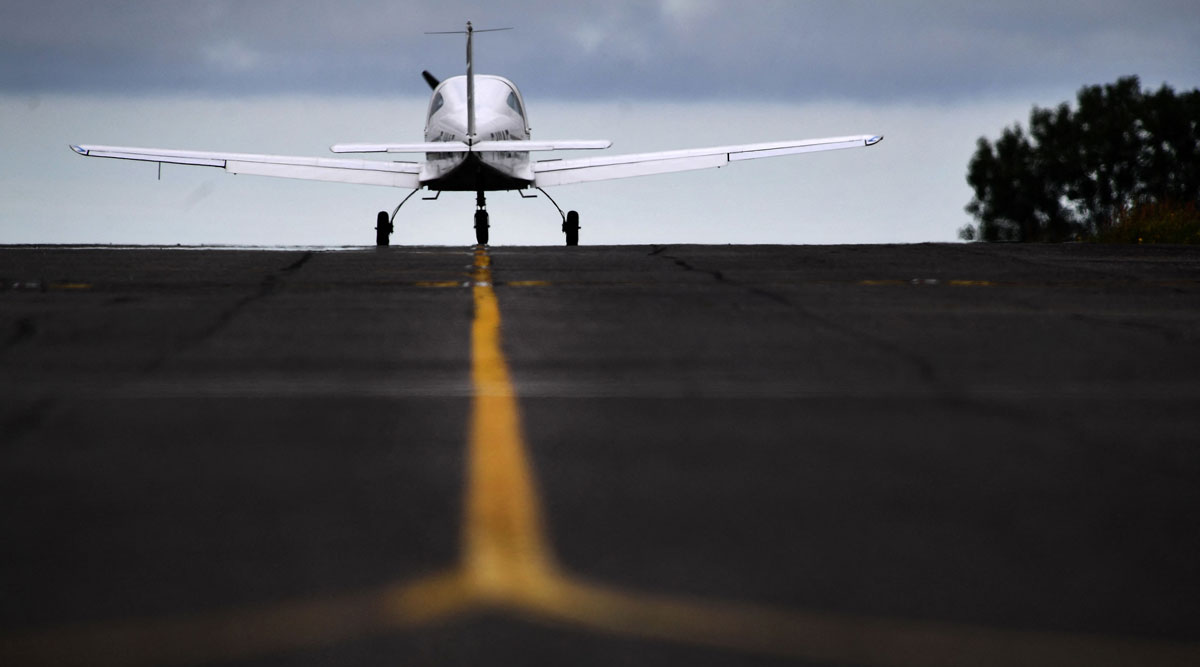 The man behind the only electric plane cleared to fly quickly discovered the challenges of converting world-leading technology into profits in a hotly contested, futuristic segment of aviation.

Ivo Boscarol, owner of e-plane pioneer Pipistrel, saw a three-year partnership to develop a flying taxi with Uber Technologies Inc. dwindle in 2020, after the ride-hailing giant reined in its aviation ambitions.

He’s since pivoted to building drones to carry heavy freight to remote areas of China. Boscarol says this approach is less daunting from a technical, safety and regulatory standpoint than shuttling live passengers across dense cities in electric vertical takeoff-and-landing craft.

“We’re using the structure and propulsion concept of the urban taxi to enter a cargo market that has fewer restrictions,” Boscarol said in an interview. “It’s an opportunity to capitalize on our development.”

Boscarol’s Slovenia-based company, which began as a hang-glider maker in 1989, managed a feat that hasn’t been accomplished with any other fully electric aircraft. Last June, Pipistrel’s two-seat Velis Electro and its E-811 engine won worldwide type-certification from the European Union Aviation Safety Agency. Orders have included a 50-plane deal from France’s Green Aerolease, which supplies trainer planes to pilot schools.

Flying taxis were supposed to be next, but last year Pipistrel backed away from the Uber project, citing slow progress. Uber later sold its air-taxi unit to Joby Aviation.

A key priority for Boscarol was to build on the lead established with his existing products.

April’s deal in China, which has begun to license cargo drones, will see Pipistrel customize its Nuuva V300 model equipped with same electric motor in a venture with SF Express, the country’s biggest courier firm. SF says it may need 1,000 such craft over the next decade, set to be built at a plant 120 miles east of Shanghai. The factory has been planned since 2016, originally to make noncargo models.

“We would’ve started production by now if it weren’t for the pandemic,” Boscarol said.

While the coronavirus crisis has delayed completion of a plant, the 65-year-old entrepreneur still expects unmanned cargo craft to comfortably beat autonomous passenger planes into the skies. His experience highlights the hurdles facing flying-taxi firms such as Joby, Lilium GmbH and Archer Aviation, even as funding floods in and commercial alliances take shape.

Each of those nascent air-taxi firms have secured agreements to go public through so-called blank-check companies, while Brazil’s Embraer SA said last week that it’s in talks about a similar deal for its Eve Urban Air Mobility arm.

Yet most plans see eVTOLs entering service under the control of a pilot, which will limit capacity on the typically two-to-five seat craft.

Even with a pilot, for flying taxis to zip en masse above city streets will require an air-traffic management system built around artificial intelligence, according to Boscarol. Operations in 170 cities worldwide, for example, would put 80,000 craft in the sky in any given minute — a 20-fold increase from traditional planes and helicopter traffic.

Pipistrel’s focus on China could help it ride a global surge in demand for parcel deliveries driven by online purchases.

The cargo drone will be powered by eight of the E-811 rotors originally built for the Uber air taxis. It’s targeted to carry a 300-kilogram (660-pound) payload for 300 miles, with an internal combustion engine powering a rear-mounted propeller for cruise flight.

The model should have its first flight early in 2022 and enter production in 2023, according to Boscarol.

Boscarol said he won’t sell the company, but might consider disposing of a 10% stake to raise at least 100 million euros ($122 million) to fund expansion.