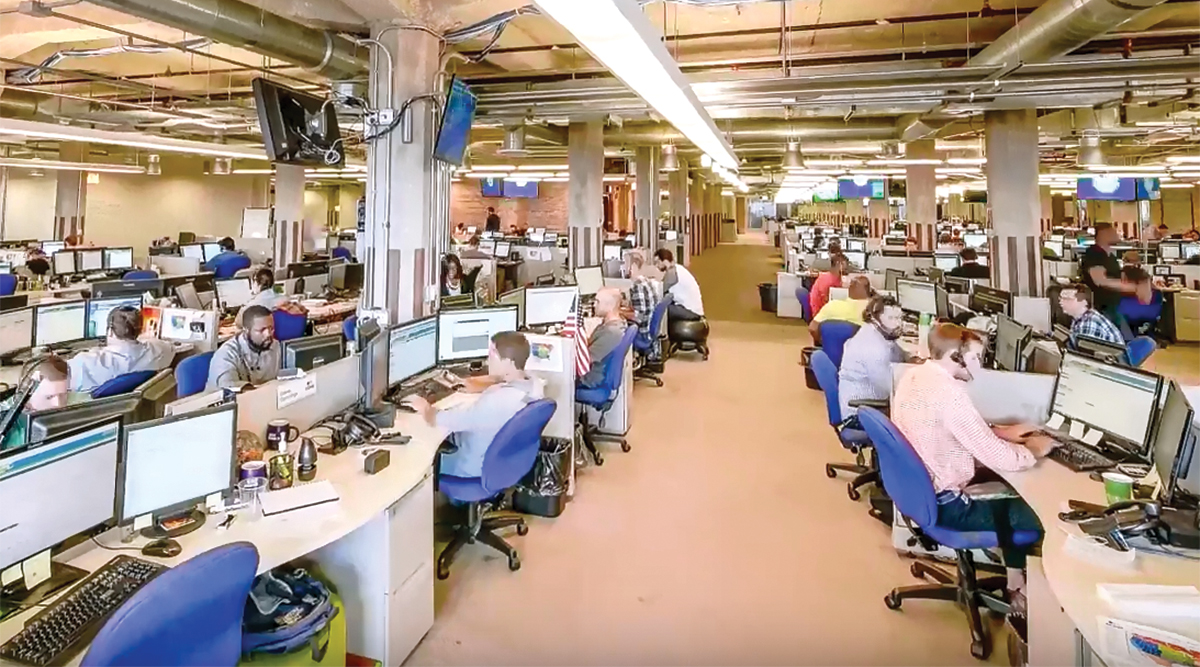 Echo Global Logistics swung to a loss in the first quarter as it faced pricing pressures and the early financial effects of the coronavirus pandemic.

The company lost $2.9 million, or 11 cents per diluted share, in the quarter compared with a profit of $3.5 million, or 13 cents, in the same period a year earlier.

The company is also trimming staff and has suspended offering any guidance on what its results will look like for this year.

“The coronavirus outbreak has led to a lot of uncertainty right now,” Doug Waggoner, Echo’s chairman and CEO, said during a conference call with investors and analysts.

Waggoner said he believes the economy is in the trough of a U-shaped recession but that the decline has slowed and it will start to rebound as business and commerce restarts.

“We saw a pretty steep decline on the [less-than-truckload] side of the business in March. We have seen that stabilize and actually recover a little bit,” said Dave Menzel, Echo’s president and chief operating officer.

“On the truckload side there was a spike in March and that volume came down steeply in the first few weeks of April and it is actually trending a touch down still but not at a dramatic rate,” Menzel said.

The increase resulted from shippers sending groceries and household goods to retailers to meet the demand of consumers stocking up pantries as cities and states mandated social distancing rules to control the virus. But that surge has largely subsided, Menzel said.

All told, first-quarter revenue for the Chicago-based motor carrier’s truckload business rose 3.8% to $367.8 million from $354.3 million. The company’s freight volume increased 10% but its revenue per load, or pricing, declined 6%. While contract shipping grew, the spot business remained soft for most of the quarter. Truckload volume dipped about 4% during the first 13 business days of April, as the economic effects of the pandemic spread, said Menzel.

“Our LTL volume has declined by 24% in April as small to midsize companies seem to have been hit hardest by the initial phase of this economic downturn,” Menzel said.

Echo has made a number of cost-cutting moves.

“We have reduced our workforce by 154 employees, which is approximately 6% of our 2,527 employees. This reduction was necessary due to lower shipping volumes resulting from the economic slowdown caused by the coronavirus. The majority of these employees were furloughed, and we plan to bring them back as volume improves and the economy recovers,” Menzel told Transport Topics.

It also is cutting capital expenditures by about 10%. It has cut discretionary spending and deferred new hires until later this year.

The company did provide guidance for second-quarter revenue of $450 million to $500 million. The midpoint of that range would represent a 14% decline from the same quarter a year earlier, said Kyle Sauers, Echo’s chief financial officer.

Echo ended the quarter with $39 million of cash on hand and $335 million of accounts receivable, Sauers said. It also has about $127 million of untapped borrowing capacity, he estimated.

“We feel very good about our ability to manage through any sustained freight downtown,” Sauers said.