This E-Commerce Company Pays for Warehouse Worker Weddings. Will the Perk Survive Automation? 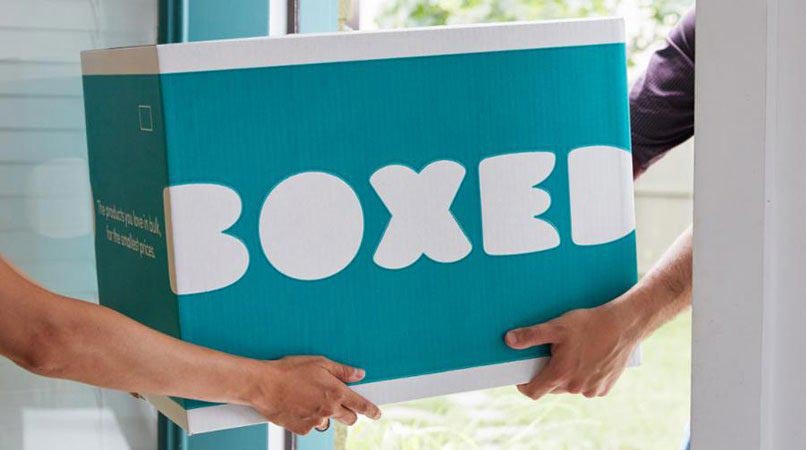 Tech entrepreneurs have long lavished perks on coders and engineers, the free massages, ping pong tables and free food of Valley lore. They’ve proved far less generous to the gig economy grunts who pack boxes in fulfillment centers, drive people from A to B or deliver food—typically working them hard for minimum wages and few or no benefits. In recent months that strategy has started to reach its limits. Companies from Handy to Instacart have battled lawsuits alleging contractors should be considered employees and receive more compensation. Tesla and Amazon workers have reportedly passed out from exhaustion. Uber drivers have been sleeping in their cars.

Chieh Huang has chosen to do things differently. Huang is CEO of Boxed, a New York e-commerce company with ambitions of becoming the next Costco Wholesale Corp. Boxed sells a narrow assortment of staples–toilet paper, pet food, toothpaste–and relies on several hundred full-time employees toiling in four fulfillment centers to sort, pack and ship the products to customers around the U.S. Huang treats those workers exactly the same as his engineers.

Not only do all full-time Boxed employees get shares in the company—a rarity in the startup world—and unlimited parental leave, Huang also pays for weddings and college tuition for workers’ children, unique policies that cost tens of thousands of dollars per beneficiary. By comparison, a ping pong table costs a few hundred bucks. In Huang’s words, the “people who move atoms” are just as important as those who “move bits and bytes.”

Huang, 35, is an easygoing and approachable boss, as comfortable presenting quarterly results to the board as he is joking around with workers packing boxes. The son of Chinese immigrants who worked menial jobs for lousy money, he always vowed to treat employees well if he started a business. That said, Huang knows he’s bucking conventional wisdom. When he laid out his benefits plan to investors, he says, some “were like: ‘what the hell are you doing?’” Spending money on perks and and outsize focus on warehouse workers’ well-being could delay Boxed’s path to profitability and prove a hard sell on Wall Street once the company files to go public.

Huang’s benevolence shouldn’t be mistaken solely for altruism, however. Turnover among warehouse workers tends to be high—according to the U.S. Bureau of Labor Statistics, about a fifth of people working in the warehousing, transportation and utilities industries quit their jobs last year. That’s the highest turnover rate in a decade and probably will become more acute as the U.S. approaches full employment. Once you take into account recruiting and training, it can cost as much as $28,000 to replace one of these workers, says Bowling Green State University professor Hokey Min.

Besides offering generous benefits, Huang has also set out to create a worker-friendly culture. Dressed down in a nondescript T-shirt and jeans, he visits the fulfillment centers to say hello, ask for comments and thank workers for doing the work. During a recent visit to a facility in Union, New Jersey, Huang exchanged a bro hug with one worker, cleaned up some trash and lugged a pallet to a recycling location. One day Barbara Ward, recently promoted to box packer and still getting used to her new job, had room left in a package and asked the guy stuffing boxes at the next station for advice. Only later did she realize it was Huang. “You could be working next to him forever,” says Ward, 56, “and you would have no idea who he is.”

Persuading workers to stick around tends to make them more engaged and productive. And while difficult to quantify, there’s a strong correlation between a positive company culture and the bottom line. “I’ve seen businesses crumble because of bad culture,” says Hadley Harris, a partner at Eniac Ventures, which has participated in Boxed funding rounds. “Finding new people is hard and having turnover in your employees is one of the worst drags on a business.”

RELATED: In warehouses of the future, robots do the walking

Huang designed the benefits to help the workers he deemed most in need. Boxed warehouse employees tend to hail from less privileged backgrounds and be in their 30s, 40s and 50s–ages when people typically start thinking about settling down and starting a family. Hence the offer to pay for weddings and tuition. So far the retention strategy seems to be working. Only 25 employees have quit since Boxed’s founding in 2013, 15 from the fulfillment centers. Veronica Mena, 33, started last year, plans to go back to school part-time and wants to manage a facility. A mother of three, she intends to take advantage of the tuition perk once her kids are old enough.

Huang says he’s able to afford such generous employee packages because Boxed operations are so efficient. Company software figures out how to pack products into the minimal number of boxes—ideally one—which cuts down on shipping costs. Because the company sells in bulk, the average consumer orders more than $100 worth of stuff at a time, much larger than a typical e-tailer selling similar items. Boxed is growing quickly; revenue doubled last year to more than $100 million and is expected to do the same in 2017.

But to keep pace with growing demand, the company is starting to automate its fulfillment centers—a move almost guaranteed to spook Boxed’s army of pickers, packers and shippers. So far, Huang has managed to automate significant parts of the Union facility, without firing anyone; displaced workers were retrained to use the new technology or given a new job in customer service, say. All the same, Huang was forced to hold multiple meetings to make clear there would be no layoffs. While Boxed kept its word, Mena says a few people still left preemptively.

Meanwhile back at Boxed’s headquarters in lower Manhattan, Huang has had to justify the policies to his higher-skilled staff. They tend to skew younger and probably won’t take advantage of the wedding and tuition subsidies for years. Moreover, Huang has eschewed the office perks found at most tech startups. (There’s no ping pong table.) His answer to employees who feel they don’t benefit: “If you’re in this company, it’s not about you. It’s actually about us, and the best thing that can happen for us in the long-term is for Boxed to be a success.”