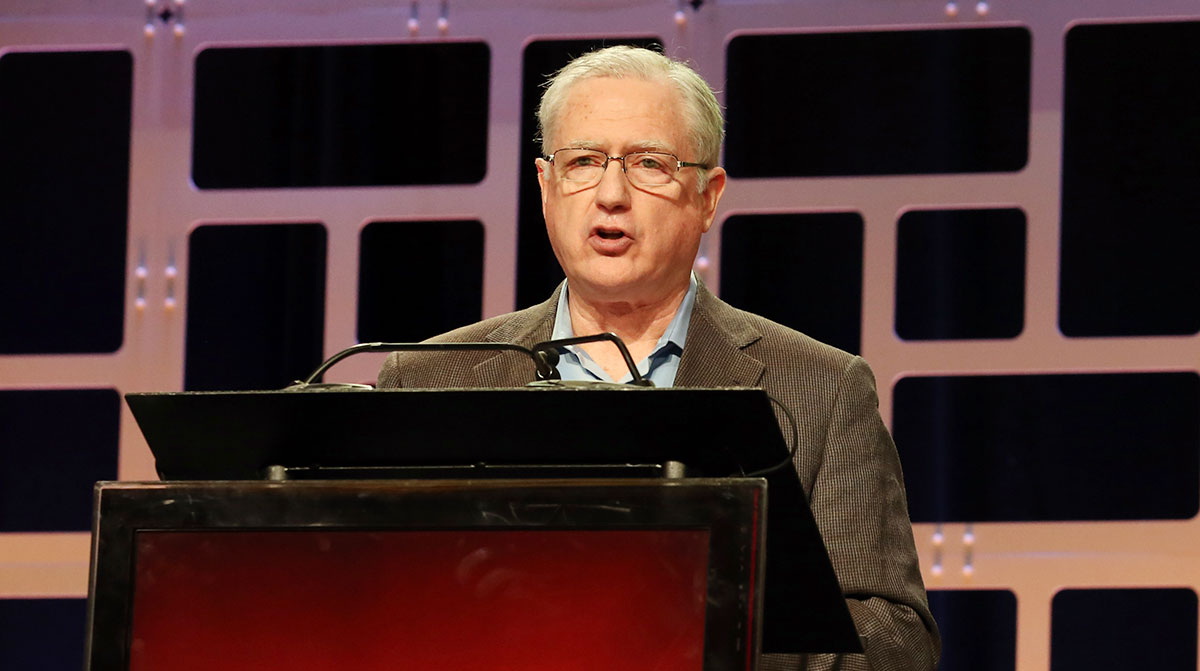 ORLANDO, Fla. — John O’Leary’s first year as CEO of Daimler Truck North America has been an eventful one.

In that time, the manufacturer of Freightliner and Western Star trucks and Detroit engines has been part of a corporate spinoff while contending with the semiconductor chip shortage and broader issues such as inflation and the coronavirus pandemic.

“It’s just been this whirlwind of activity, one thing after another,” O’Leary said during a one-on-one interview with Transport Topics on March 8 at the Technology & Maintenance Council’s annual meeting. 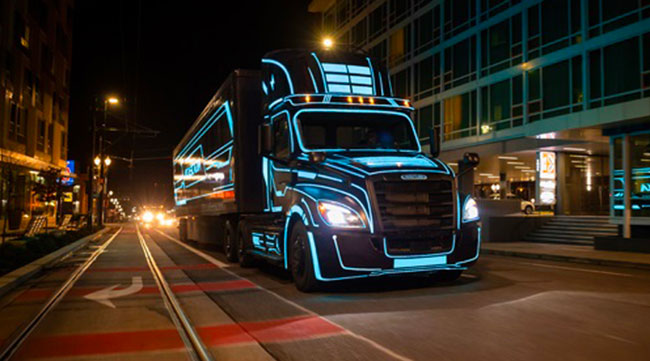 O’Leary, who also spoke at TMC’s kickoff breakfast, moved into the CEO role at DTNA on April 1, 2021, succeeding Roger Nielsen. Prior to that, O’Leary was DTNA’s chief financial officer for eight years before a stint as chief transformation officer for Mercedes-Benz Trucks in Germany.

O’Leary said an “immense amount of work” has gone into the separation of Daimler’s global commercial vehicles business from Mercedes-Benz Cars & Vans.

Since Daimler Truck AG began trading on the Frankfurt Stock Exchange in December, the now stand-alone company has been in a better position to drive its business forward independently of the passenger car world, O’Leary said.

“It’s allowed us to be more stand-alone in terms of how we run the company, but also how we craft our culture and our vision for the future,” he said.

Daimler Truck, like other truck and automotive manufacturers, has been faced with production constraints due to component shortages caused by global supply chain disruptions amid the pandemic recovery.

O’Leary said Daimler Truck has been engaging with its supplier base and coordinating across its global organization to actively address and manage shortages of everything from chips to tires.

At the end of the day, though, the manufacturer can’t deliver a new truck until it receives all of the necessary parts.

“That’s where we’ve had some very intentional discussions with our customers. We’ve really tried to be as transparent as possible, as empathetic as possible, and certainly as fair and equitable as possible in how we treat all of them,” O’Leary said. “And I would say that as frustrated as they are, they get that. And they know that once things start breaking loose, we’re going to get those trucks in their hands as quick as we possibly can.”

DTNA also has a role in helping its fleet customers address one of their greatest challenges — recruiting and retaining professional truck drivers in an extremely tough labor market.

“It comes down to having a vehicle that is going to be durable and reliable, because there’s nothing that angers drivers more than breakdowns and then not being able to get back on the road quickly,” O’Leary said, citing DTNA’s investments in its aftermarket organization, distribution centers and connected-vehicle technology.

Apart from all the disruptions caused by the pandemic and supply chain constraints, the past year also has been a time of transformation for the Class 8 truck industry with the rollout of electric-powered trucks and the continued development of automated driving technology.

DTNA has been taking orders for its new battery-electric Class 8 Freightliner eCascadia and medium-duty eM2 models. The eCascadia is set to enter series production late this year, followed by the eM2 in early 2023.

O’Leary declined to provide a specific figure on how many orders DTNA has received for those vehicles, but said “demand and interest continue to be high.”

Given the current price premium for battery-electric vehicle technology, customers are looking for incentive programs to help offset that cost, he said.

“In areas where the grant money is proliferating, typically the interest is high, and where there is no grant money, people are not so interested,” O’Leary said. “We’re in a [total cost of ownership] business. People are willing to spend a little bit more to demo something and to understand the technology, but at the end of the day they’re still very cost conscious and have a bottom line to account for.”

DTNA also is continuing its development work on highly automated trucks in partnership with Torc Robotics and Waymo.

Between now and then, he sees a ramp-up period with smaller quantities of vehicles, much like the introduction of battery-electric trucks began with a relatively small test fleet paving the way for series production and a broader rollout in the coming years.

“That same path will take place on autonomous,” he said.