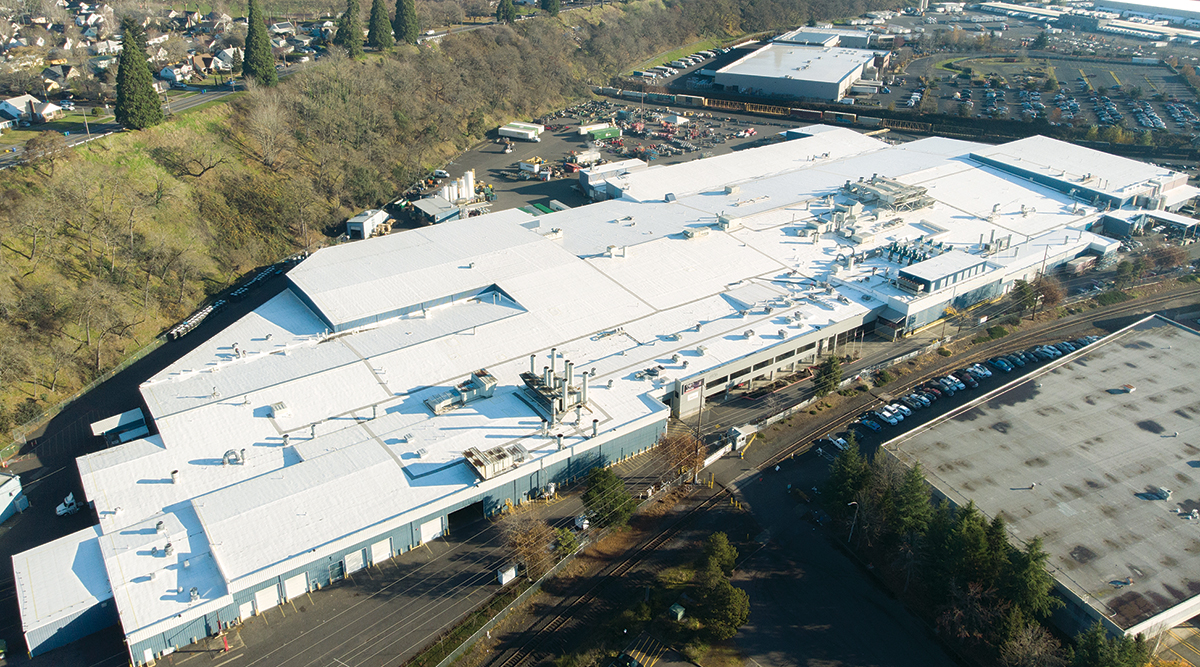 Daimler Trucks North America announced its truck manufacturing plant in Portland, Ore., will be the first to achieve carbon-neutral production in the global Daimler Trucks network — meeting green production this year through reduced energy consumption and the offset of on-site emissions.

DTNA plans to incorporate CO2-neutral production at all of its remaining truck manufacturing plants in the United States and Mexico by 2025, according to the company, a unit of Daimler AG.

Our future and our industry's future is electric.

The Portland plant is where DTNA produces all of its Western Star models, except for the 57X. In addition, it will be the site for final assembly for the Freightliner eCascadia and Freightliner eM2, the company’s first battery-electric medium- and heavy-duty trucks planned for the start of series production in 2022.

“The commitment we have to CO2-neutral vehicles starts with how they are produced,” Roger Nielsen, CEO at DTNA, said in a release. “Our future and our industry’s future is electric.”

The company also is working on hydrogen fuel cell commercial vehicles that will be on the road within the decade, he added.

Through a partnership with Energy Trust of Oregon, a nonprofit organization focused on clean energy improvements, the Portland plant reduced its energy consumption from vehicle manufacturing with equipment replacement and facility upgrades. DTNA noted the upcoming implementation of ISO 50001 will ensure further improvement in energy efficiency for the plant. 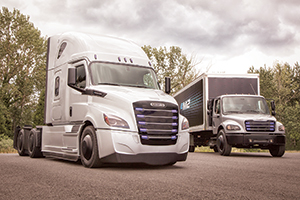 The Freightliner eCascadia (left) and eM2. DTNA's Portland plant will be the final assembly site for the vehicles. (Daimler Trucks North America)

ISO 50001 is a standard intended to improve energy use by developing in-house an energy management system. ISO is an independent, nongovernmental international organization with a membership of 165 national standards bodies.

At the same time, as a signing member of Portland General Electric’s Green Future Impact program, DTNA also has committed to the purchase of “green” energy from wind and solar power generation, including from the recently announced Pachwáywit fields, slated to be Oregon’s largest solar facility, located in Gilliam County, about 150 miles east of Portland.

“Sustainability is not a new topic for Daimler Trucks North America or for those of us here in Oregon, and we are excited to support our global commitments by getting a head start in our own hometown,” said Geoffrey Jansen, DTNA’s plant manager in Portland.

Germany-based Daimler Trucks is the largest commercial vehicle manufacturer in the world.