Drug Use Increases for Workers in Transportation, Warehousing Sector 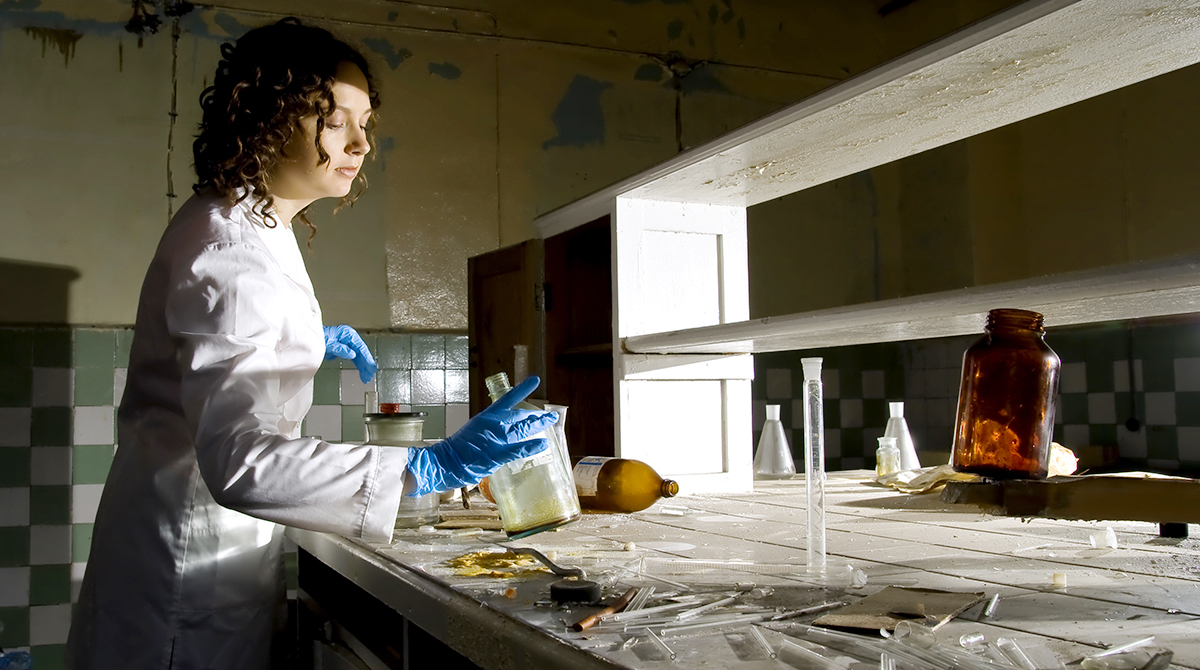 Drug use by workers in five sectors of the U.S. economy — including the transportation/warehousing sector — showed significant increases from 2015 to 2017, according to a new analysis of more than 10 million urine drug test results nationally by drug testing firm Quest Diagnostics.

The data from the Quest Diagnostics Drug Testing Index industry analysis, made public Dec. 19, showed that the five sectors experienced double-digit year-over-year increases in their positivity rates between 2015 and 2017 — transportation and warehousing (21.4%), other services, except public administration (5.4%), finance and insurance (13%), retail trade (12.8%) and wholesale trade (11.8%).

The Quest analysis does not break down numbers for truck drivers specifically.

“Our analysis suggests that employers can’t assume that workforce drug use isn’t an issue in their industry,” Barry Sample, senior director of science and technology for Quest Diagnostics Employer Solutions, said in a statement. “In fact, drug test positivity in the majority of industry sectors analyzed is growing. The highest rates were in consumer-facing industries, including jobs in retail and health care and social assistance.”

Consistent with annual drug testing index reports, marijuana was the most commonly detected substance, with the highest drug positivity rate of all drug classes across the majority of industry sectors. Marijuana positivity was highest in accommodation and food services, at 3.5% in 2017, more than 34% higher than the national positivity rate of 2.6% for the general U.S. workforce, Quest said. 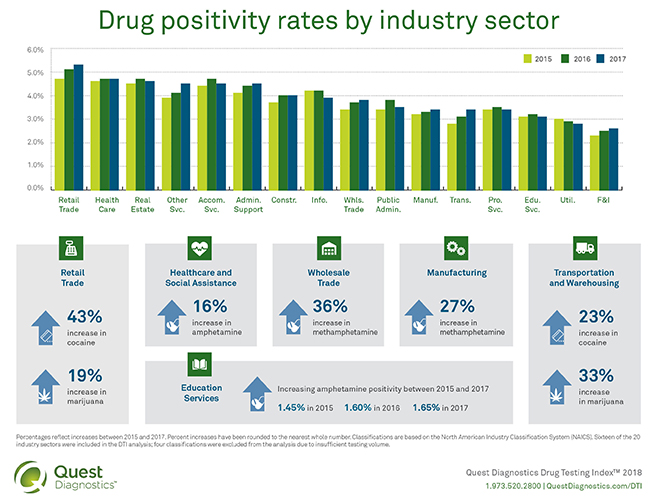 Other conclusions of the analysis included:

“As companies consider strategies to protect their workplaces, they should also consider the risks that employees who use drugs present to their co-workers, customers and the general public,” said Kimberly Samano, scientific director of Employer Solutions for Quest. “This new analysis suggests that an increasing number of applicants and employees across various industries may be misusing dangerous drugs."