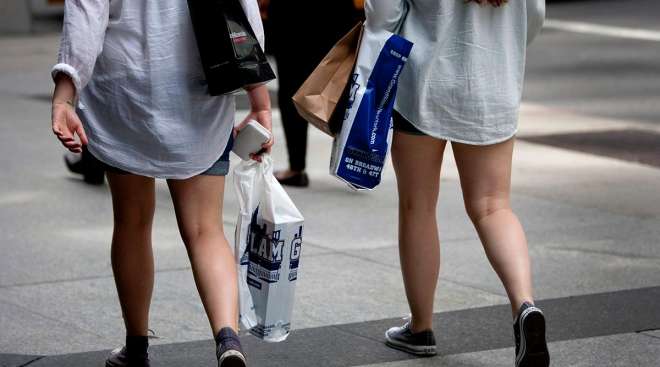 U.S. retail sales fell in May by the most since the start of 2016, reflecting broad declines in categories such as motor vehicles and electronics, Commerce Department figures showed June 14.

• Retail sales dropped 0.3% (estimate unchanged) after a 0.4% increase in prior month.

• Sales excluding autos and gasoline were unchanged after a revised 0.5% advance.

• Retail-control group sales, which are used to calculate GDP and exclude the categories of food services, auto dealers, building materials stores and gasoline stations, were unchanged following a 0.6% April advance, revised from 0.2% gain.

• Eight of 13 major retail categories showed a decline in the value of sales.

The May figures highlight a cautious consumer. While the value of gasoline service-station receipts dropped the most since February 2016 and weighed on overall retail sales, Americans pulled back at other merchants. The data aren’t adjusted for prices, so lower fuel costs depress filling-station results.

At department stores, purchases fell by the most since July 2016, and sales at electronics and appliances outlets posted the largest decrease in more than seven years.

While the details show consumer purchases had less momentum in the middle of the quarter than anticipated, a strong job market, elevated sentiment and improved finances remain sources of strength for household spending, which accounts for about 70% of the economy.

The retail sales data capture just under half of all household purchases, and other reports indicate spending on services has probably been rising. While the report was relatively weak, it likely won’t be enough on its own to dissuade Federal Reserve policy makers from raising interest rates later on June 14.

• Automobile dealers’ sales fell 0.2% after a 0.5% advance the previous month.

• Sales declined 1% at department stores and 2.8% at electronics merchants, the most since March 2010.