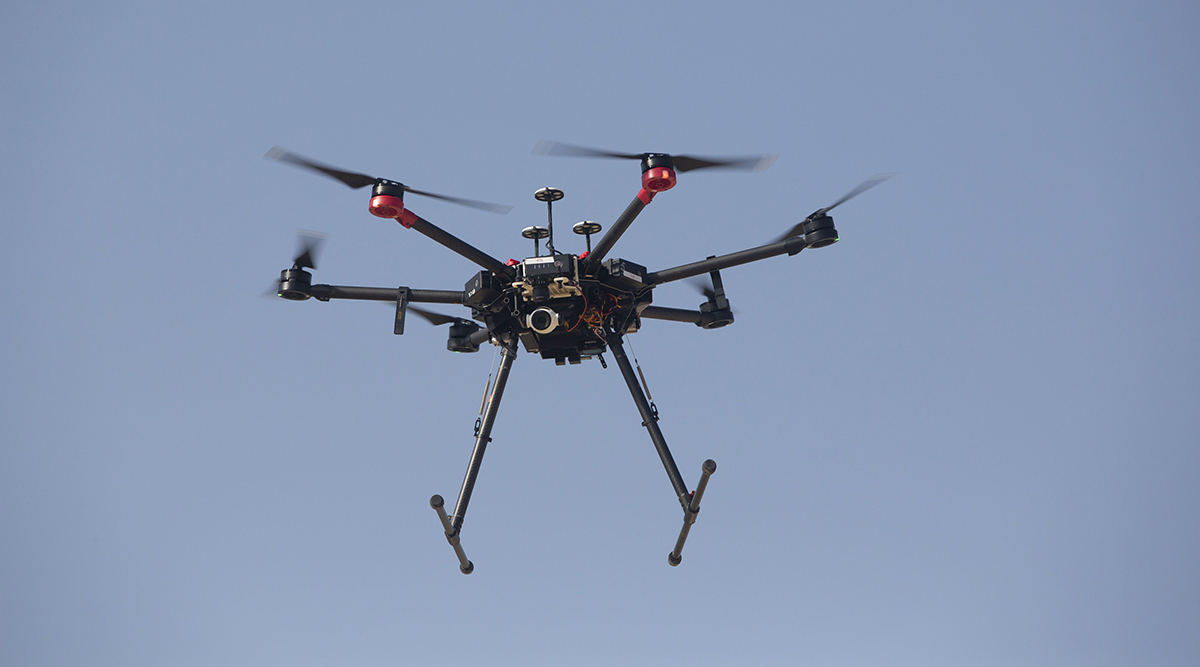 Drones could be used to get the COVID-19 vaccines to remote and impoverished areas off Florida's coast. (Kobi Wolf/Bloomberg News)

The challenge of ensuring equitable distribution of the coronavirus vaccine is one of global scale, and the city of Miami provides a backdrop for the social and economic divides that the medical community must overcome.

Home of America’s wealthiest ZIP code, the sun-soaked city on Florida’s southern tip also is the main air-cargo bridge between the developed world and Haiti, Nicaragua and other impoverished countries across the Caribbean and Latin America. That puts Miami International Airport, one of the nation’s largest freight hubs and one of the few certified to handle pharmaceuticals, at a key crossroads in the effort to distribute shots quickly to the masses in the United States and its poor neighbors to the south.

For especially remote regions, drone deliveries could help the effort.

In Europe and the United States, vaccines will go to the elderly, health care workers and first responders before fanning out to the general population. Likely to take several months, the logistical relay race kicked off this month among drugmakers, couriers FedEx Corp. and UPS Inc., airfreight carriers and trucking companies.

Late Dec. 11, the U.S. Food and Drug Administration granted emergency authorization for the vaccine developed by Pfizer Inc. and BioNTech SE. Gustave Perna, the army general who serves as chief operating officer for the government’s Operation Warp Speed, said the shots would roll out from manufacturing to distribution centers Dec. 13.

In Miami, the immunizations will be offered at central locations including its largest hospital, Jackson Memorial. Good news for locals, but airport officials are asking broader questions tied to their role running the country’s busiest turnstile for international air cargo.

For example, they need to get the vaccine to places such as the Bahamas, an archipelago of sparsely populated islands starting 50 miles off Florida’s coast and stretching across 100,000 square miles of ocean.

“It’s going to take a long time. This is not going to be easy,” said Emir Pineda, manager of aviation trade and logistics at Miami’s airport. “The more urban areas, the large cities, will probably be the first to benefit from the vaccines. As we start spreading into more remote areas, it’s going to become more and more difficult.”

He added, “How do you get to each one of those little islands? It’s going to be a difficult task.” 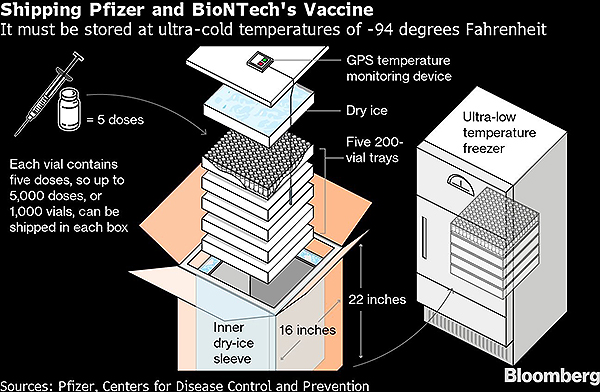 The delivery vehicle is only part of the challenge. The Pfizer-BioNTech shipments contain dry ice and more may be needed to prevent spoilage on the last leg of long journeys. But Florida has no dry-ice makers, Pineda said, so supplies will be trucked in from Georgia. Not a huge problem, if only they knew how much they’ll need, and when.

“You’ve got a lot of demand, and not knowing is part of the big problem,” Pineda said.

Leading up to the FDA decision, officials at Miami’s airport determined that the facility has 395,000 square feet of refrigerated space, 27,000 of which is dedicated to pharmaceuticals. They surveyed the tarmac on the expectation that vaccine charters will need a place to park. They designated an area for truck parking and outlined traffic patterns to avoid congestion for payloads with a short expiration date.

Eventually, the U.S. will be a net exporter of vaccines instead of a large consumer of them. In the meantime, many of the shipments originating in Europe and Asia will transit through Miami on flights bound for Brazil or Jamaica, where warehouses are being prepared for distribution.

For trickier corners of those regions, Pineda said remote-control aircraft could be the answer, having already worked well delivering medicine in hard-to-reach parts of Africa and Canada.

“The drone thing is for real, and there are different sizes, capacities and ranges,” he said. “It’s not the preferred option for large-scale distribution, but it might be a new tool that the supply chain has in its pocket.”