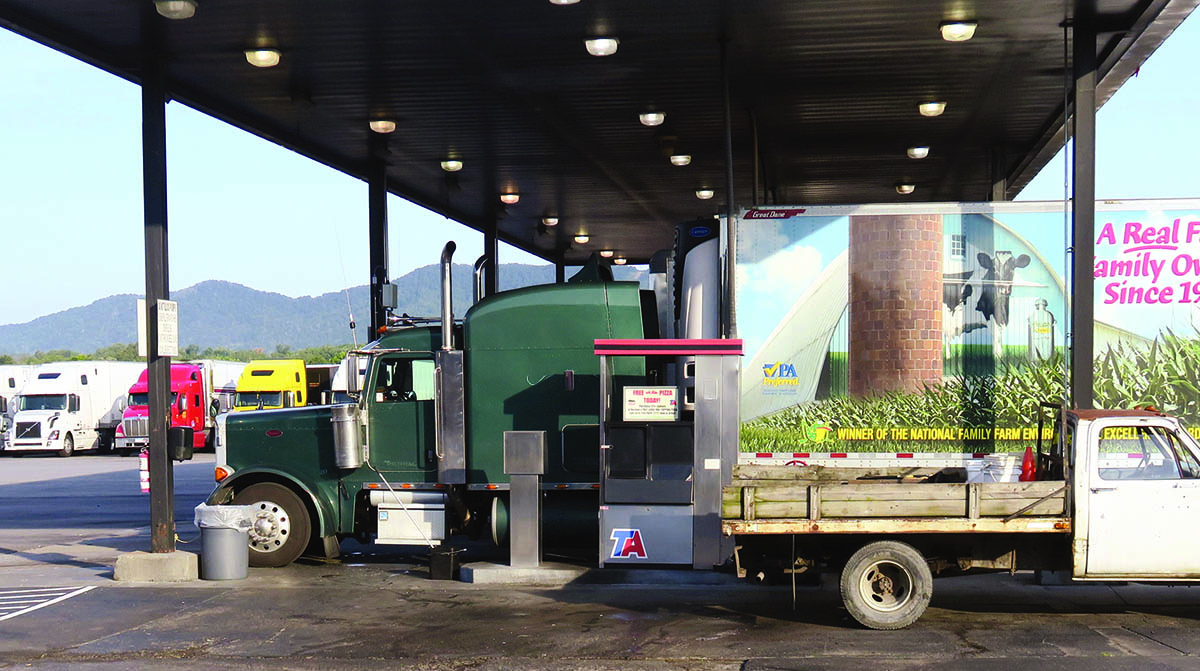 The national average price for a gallon of diesel fuel remained virtually unchanged, nudging up just one-tenth of a cent to $3.287, according to Energy Information Administration data released June 21.

EIA reported that diesel now costs 86.2 cents a gallon more than it did a year ago. Despite the marginal increase, the price of diesel has risen for eight consecutive weeks totaling 16.3 cents. Diesel last went down in price April 19, went it declined a half-cent to $3.124 a gallon. 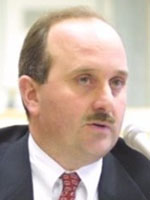 “Hopefully some of these factors’ influence start to fade,” he said.

EIA also reported that the average price of a gallon of gasoline went down by 0.9 cent to $3.06. A gallon of gas costs 93.1 cents more than a year ago.

“While we anticipate fuel prices will stabilize during the second half of 2021, we’re not sitting on our hands,” Drew Wilkerson, president of XPO Logistics’ North American Transport business, told TT. “It’s times like these where our supplier relationships become more important than ever. Those partnerships can help us minimize the impact of the recent rise in fuel prices, and we’re actively looking at how to provide the most efficient delivery and use of diesel fuel.”

Wilkerson added that at the same time XPO is expanding its fleet of alternative-fuel vehicles to offset diesel costs and is using biodiesel and 100% renewable diesel more. XPO also is using software such as its XPO Connect to optimize truck routes to reduces empty miles.

“It’s had a very minimal impact on our operations because when the price of oil and therefore diesel rises slowly, the industry’s fuel surcharges can keep up,” Melton Truck Lines Chief Financial Officer Robert Ragan told TT. “What the whole industry, both shippers and carriers alike, do not like is rapid changes and rapid volatility because your fuel surcharge scales are on a one-week lag.”

Ragan added that when changes are slow and steady, it usually has minimal impact on the bottom line.

He does note some smaller carriers don’t have a fuel surcharge. In those cases, the changes in prices can erode their bottom line much more.

“If you go back over a decade ago, when oil got up to 140 bucks a barrel, or 140-plus, and then went up fairly rapidly, that was very painful for us,” Ragan said. “When fuel prices fell suddenly in, I believe 2014 — and actually at the start of COVID, they did too — then that is beneficial to our net fuel cost per mile.
“But at the end of the day, what I want and what all of our big shippers want is stability, and we can handle small increases or decreases.” 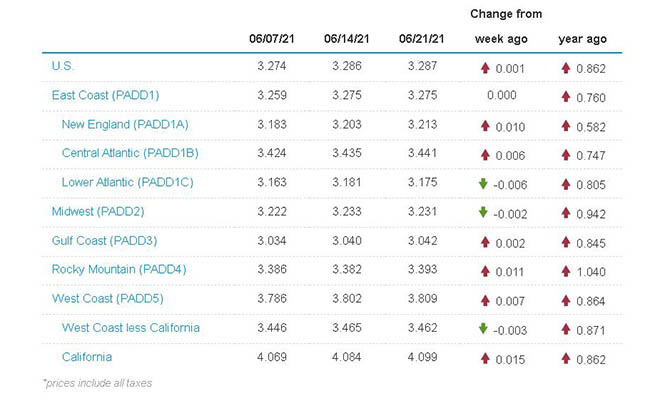 “We obviously monitor diesel fuel prices very carefully and the impact it has on our fuel expense,” Darren Coast, chief financial officer at PGT Trucking, told TT. “The price of crude per barrel continues to climb at a slightly steeper rate than diesel, with diesel leveling off a bit in recent weeks.

“While the continued increase in fuel prices are a concern, it’s difficult to predict if this trend will continue. We work closely with our fuel vendors to get their take on what they are seeing and forecasting to occur.”

Forward Air CEO Tom Schmitt noted the industry is in the midst of a booming freight economy, and he expects that to continue for several more quarters. But Schmitt also noted rising fuel costs have added to the complexities the industry is experiencing during historic capacity shortfalls.

“To help mitigate the rising fuel costs, we review fuel surcharges weekly,” Schmitt told TT. “We are also doing everything we can to optimize operations across our network and gain efficiencies to reduce miles traveled and fuel consumption.”